We are all inspired by some things in life. It is one thing to come up with a unique piece of work based on these inspirations, and another to produce a mediocre creation.

William Eubank’s third feature film (the 37-year-old made an impression at film festivals with his first two movies) is in the latter category. It is clearly inspired by Ridley Scott’s Alien (1979) and James Cameron’s The Abyss (1989), two of the most iconic science fiction films in cinema history, but it is nowhere near the greatness of those cinematic masterpieces.

Put simply, the story written by Brian Duffield and Adam Cozad poses the question: what if there is alien life in the depth of the oceans? The film’s protagonist Norah (Kristen Stewart), is a mechanical engineer who works in an underwater laboratory with her colleagues to drill into the bottom of the ocean. It causes an earthquake and nearly drowns the team. And on a scarier note, something might have been awoken.

It is evident that Stewart was told to act like Ripley, the much-loved character from the Alien film series portrayed by Sigourney Weaver. We had thought that Stewart could finally break free from her monotonous acting after her hilarious performance in the reboot of Charlie’s Angels, but it looks like her still and soulless acting is back to bore viewers. It is difficult to root for a heroine that reminds us so much of Bella Swan in The Twilight franchise.

To add to the predictability of the movie, Stewart’s co-stars have no other purpose than to be off-ed one by one on screen. The motley crew includes forgettable characters played by T.J. Miller, Vincent Cassel, John Gallagher Jr. and Jessica Henwick. And yes, you can also expect the obligatory black dude (Mamoudou Athie) who is gloriously killed in a fashion that pays homage to Paul W. S. Anderson’s science fiction horror flick Event Horizon (1997).

Eubank’s movie could have gone all out to become a guilty pleasure. It could have been a gory spectacle that serves one bloody carnage after another. The movie studio might have taken into consideration box office takings, and put a stop to that.

As a result, the film becomes a mixed bag. It attempts to be philosophical by casting a cloak of mystery that doesn’t do anything but showcase the skills of the CGI team. The cinematography is commendable with its slickness. The sound design is impressive and it immerses viewers with the claustrophobic feel of being trapped underwater. There are intermittent beautiful glows that light up the dark waters, but there are plenty of repetitive loud explosions and jump scares to cater to the mainstream audience.

You’d not care about the characters as they are merely put on screen to be killed off by the sea monster. Will Stewart’s Norah survive the ordeal? It will take about one and a half hours to find out, but you don’t get a sense of satisfaction when you eventually get the answer.

Style doesn’t translate to substance in this mediocre sci-fi flick inspired by The Abyss and Alien. 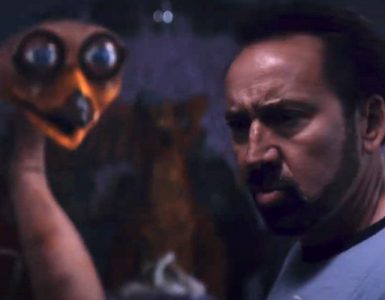