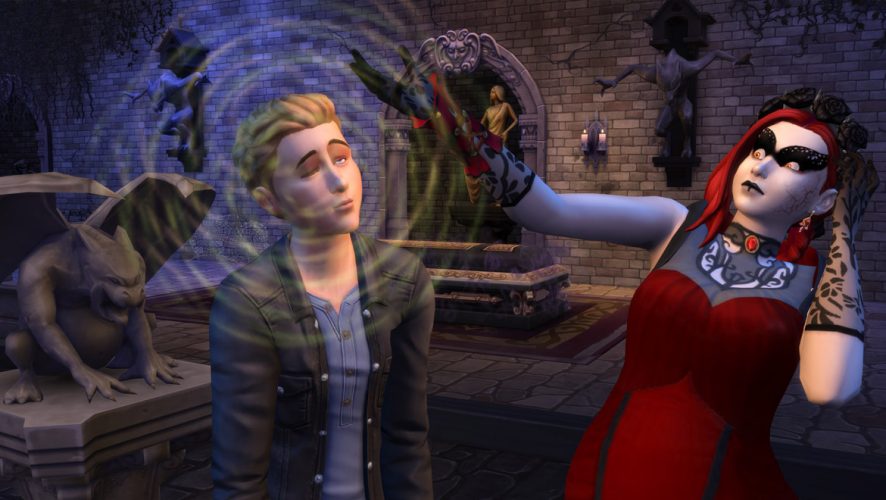 I have to admit, I didn’t really know what to expect from The Sims 4 Vampires. It didn’t look like it had that big expansion concept that City Living had, and in fact I had a nagging fear that it would be a shallow vampire experience like the Twilight movies and all changes would be purely cosmetic.

This complete lack of preparation is most evident in the new home that I’d built for my new brother and sister vampires; it had a kitchen and a toilet. It’s just part of my normal Sims training to build a functional house. But think about it, why would vampires need those? 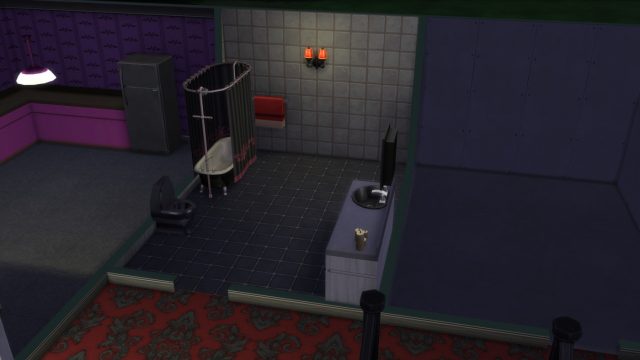 So the expansion offers quite a different experience! Vampires aren’t played the same way as regular Sims because you don’t have a bladder, you don’t eat, and if you hang out in the sunshine for too long you’ll burst into flames and die.

Instead of eating, you now have a thirst needs bar. So every day, you’re going to get thirsty and you’re going to need some blood. You can quench your thirst from blood packs, a special plasma fruit, or the traditional method of draining humans.

When it comes to feeding on other Sims, there are three ways to do this: asking nicely, taking a quick drink, or going savage on them. If you’re friends with a Sim, you can ask nicely and they’ll let you take a much needed sip. But if you don’t have any friends or don’t care about the feelings of mere mortals, just take it. Your vampire will use their powers to hypnotize the Sim and then indulge. Take a big greedy drink, and you’ll leave the Sim lying weakly on the floor or stumbling around afterwards. Not a good way to foster good relations with the mortal folk if anyone else is in the area.

So what do you do with all this vampire energy? You play with your vampire powers! Turn into a bat, read a Sim’s mind, or just last longer in the sunshine… You have a ton of vampire abilities available to you to explore. 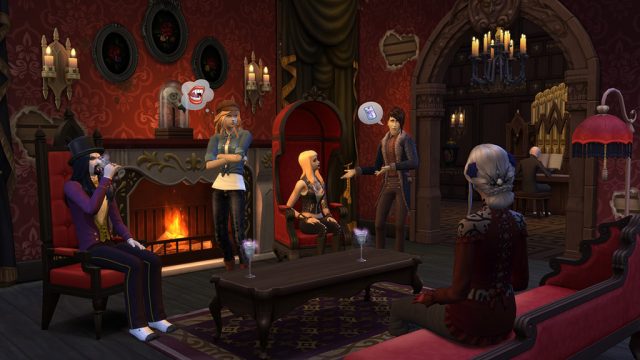 And this is where the Vampires expansion pack really surprised me. There is a deep talent tree available to you as you level up your vampire from fledgling to master. It’s like The Sims meets Mass Effect or World of Warcraft. The gameplay is quite a different experience as you spend your time becoming a more and more powerful vampire.

Immortality comes in handy here, because you’re going to have to survive for a long time if you want to reach master vampire status. Expect to see plenty of Sims grow old and die in that time, but will you be a Louis or a Lestat? Do you care about the lives of mortals?

There are plenty of possibilities for your vampires. On top of the regular aspirations, there are new vampire ones like becoming a master (Dracula), staying as human as possible (Louis), or creating a coven of vampires to keep you company in your eternal solitude (Paris Hilton).

I love the aesthetics of this expansion. Maybe because I was a bit of a goth when I was in high school, but the wide variety of vampire looks is awesome. The furniture is mostly of the Victorian Gothic variety, but the clothes range from pure Victorian to a Gothic-punk look that you might remember from Vampire: the Masquerade.

The bright shining stars are the Sims customization options themselves. You have a whole series of scary veins, scars and spooky glowing eyes to design your new vampire Sims. My favorite feature is the Dark Form. Unlike Twilight vampires where you just look like a douchebag 24/7, dark form vampires are like Buffy vampires that shift form when doing vampire stuff. 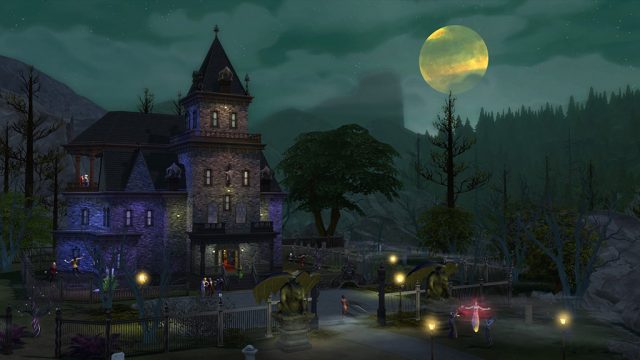 You could create a vampire that looks like Special Agent Booth from Bones when in his normal state, but then becomes a vicious crazy-fanged monster with a deformed forehead when feeding on mortals. Alternatively, just make a vampire who permanently embodies the look of death like Nosferatu or Kellyanne Conway.

There isn’t a skin option for sparkly skin though, but strangely I don’t give a crap at all.

Oh, and there’s a really nice new neighborhood called Forgotten Hollow for you to move into. It’s really quite small with only 5 lots and a little park in the middle, but the ambience is perfect for vampires and the nights last longer so you don’t have to worry about sunlight as much.

Was I expecting much from this game pack? No. But it sure delivered!

A good way to extend the play-life of The Sims 4.