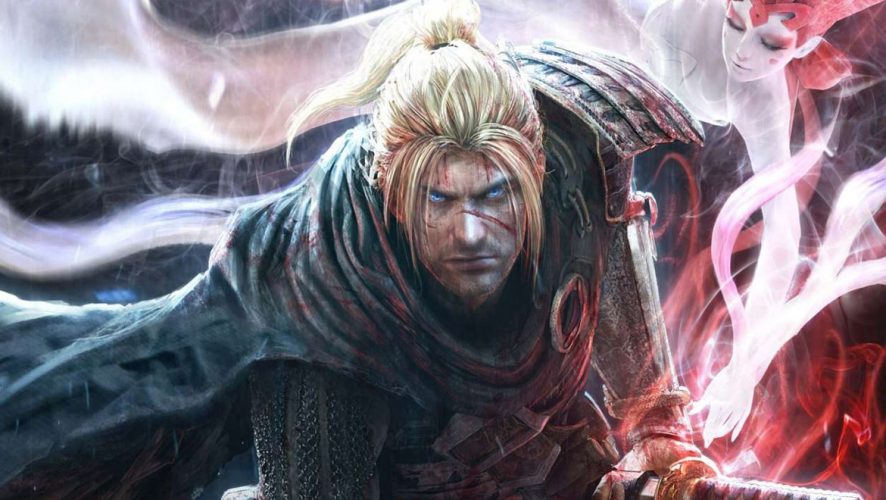 Let me preface this review by stating that I am not the biggest Demon/Dark Souls fan. However, the 2015 PlayStation exclusive Bloodborne definitely resonated more with me, in terms of speed and execution. The latest 2017 PlayStation exclusive, Nioh, is the spiritual cousin of those games, and a whole lot more.

If you go further back in gaming history, though, these games are practically a variation of action adventure games ala Onimusha and Ninja Gaiden, but Nioh does more than echo my longings for another Onimusha title. Nioh surpasses everything I love about action role-playing games, and made me think, strategize, and plan my approach to combat.

In short, Nioh has taught this old dog some new tricks, and I could not be more impressed. 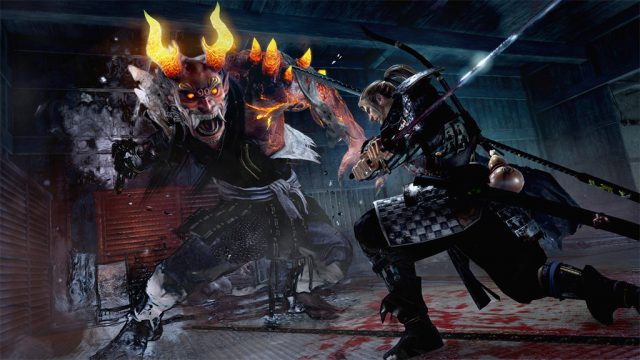 Made by Team Ninja, the studio behind the acclaimed Ninja Gaiden series, you would be surprised to learn that Nioh is all about action, but, believe it or not, in a more measured form. Rush into combat and watch as even the simplest of foes decimate and humiliate you for being foolhardy. Make no mistake, Nioh has a steep learning curve, and it’s not apologetic about it being a slow climb up. Either come prepared to learn, or turn away before you destroy another Dualshock 4 in frustration.

With every encounter, you learn more about your capabilities, and those of your enemies. Every death brings anguish, but it also imparts important lessons when you come back the next time. And every success can be truly described as a triumph in the face of adversity, and Nioh rewards you for being patient, meticulous and for planning ahead, all while in the guise of being demanding, as well as offering action-rich moment to moment gameplay.

Set in a turbulent time in Japan, players take on the role of protagonist William Adams, the real-life navigator who was the first British to reach Japan, and one of the first Western samurai. Players will find themselves caught in the middle of war and civil strife, in their pursuit of another historical figure, the alchemist/occultist Edward Kelley. The tenuous connection between the game’s fictional character depictions and their real-life counterparts partly accounts for Adam’s proficiency in the various Japanese weaponry, as well as Kelley’s use of sorcery and the Amrita. 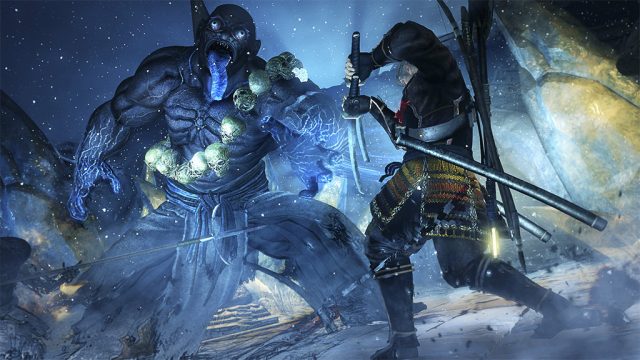 A stone with seemingly magical properties, it was thought to possess the power to aid Queen Elizabeth I’s war effort against the Spanish and here, the Amrita serves as both the McGuffin, as well as the main resource for upgrading your Western samurai.

This Is Not Your Anime Japan

Set in a war-torn country that exemplifies death, the cloud of darkness is not only your constant companion as you fight your way through the game, but it is also in every facet of the environment. From the ruins of once grand buildings, to the broken ports and strewn corpses on the ground, this version of feudal Japan is dangerous and players will recognise it instantly.

Such wanton destruction and death prove to be a fertile birthplace for the Yokai (supernatural creatures from Japanese folklore) and other denizens of the night. Drawing heavily from the folklore and history of Japan, the interestingly designed Yokai creatures are a sight to behold…. when you are not dying from their attacks. Ogres, deformed badgers, sentient umbrellas, flaming wheels with faces – take your pick, the Yokai are both dangerous and fugly looking.

But as impressive as the graphics are, the combat of Nioh is the game’s brightest star. It constantly demands that players learn and adapt to each situation, as a single misstep bring immediate death. But make the right moves, and players will emerge unscathed. Recognising enemies and their attack patterns are key to achieving victory, but even this can be a problem when foes begin to mix up their repertoire, turning an advantage into a disadvantage in an instant.

There’s a reason why the game suggests picking off foes one by one, as getting caught up against several adversaries usually spells a quick death. Add in human enemies that can offer you almost the same resistance as an actual player, and the sweet memories of Bushido Blade come rushing back. Nioh’s 1 vs 1 duels are some of the best gameplay moments I have come across in any video game in a very long time, and there can be no understating the instant gratification felt when you read your opponent correctly, and slice them up. The intensity and tension of such battles make for an exhilarating cocktail that I cannot get enough of. 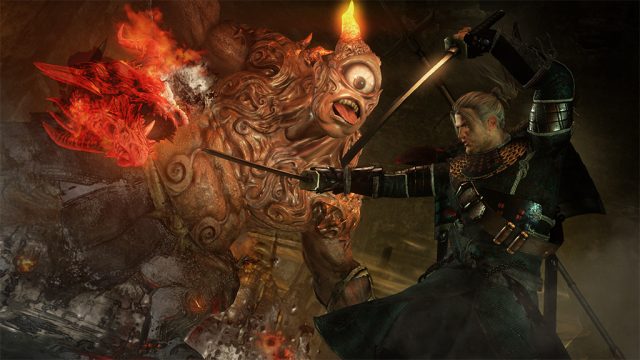 Fail To Plan, Plan to Fail

As with most games of such genres, button-mashing will get you nowhere. Nioh throws in a stamina, or Ki, meter that governs how long you can keep up attacking. Expending all your Ki opens you up to devastating grapple moves and finishes, but whittle down your enemies’ Ki and you get to go to town on them. The Yokai increases the difficulty of fights by creating areas of negative Ki that prevent you from recovering. Thankfully, you will have plenty of tools as countermeasures, as consumables and the ever trusty Ki Pulse can dispel such negative effects. A well-timed Ki Pulse will also enable players to recover part of their Ki, prolonging their ability to keep up the pace. This rewards players who dive head-first into action, but have the finesse to pull off a Ki Pulse for recovery and sustaining attacks.

If you are going to fight, you might as well have an arsenal. With three stances (High, Mid, Low), and five different weapon types, Adams is capable of multiple variations of attacks depending on both stance and weapon. The High stance brings high damage, but is more Ki-intensive and slow. The Mid stance is a balance between both, while the Low stance trades power for speed.

Skill trees for each weapon add even more depth to an already deep combat system, which includes firearms, Ninjutsu (ninja skills), and Onmyo Magic. Players can adopt any playstyle they like, and while the options presented can be daunting, the amount of flexibility in which they can approach any given situation is an achievement worthy of commendation.

New weapons, armours and accessories also drop at a generous rate, ala Diablo, and players can spend an enormous amount of time just picking out the best of the bunch. These all contribute to an addictive loot and level grind that will sink its claws deep into any invested gamer.

Players can also potentially get more powerful weapons by raising Revenants and besting them. These are the spirits of other Nioh players that have met their doom, and often serve as a warning of what’s to come, if players pay close attention to the cause of their deaths. Such battles are also awesome, as Revenants come with the skills and equipment of other players’ William Adams, and there are no easy fights. 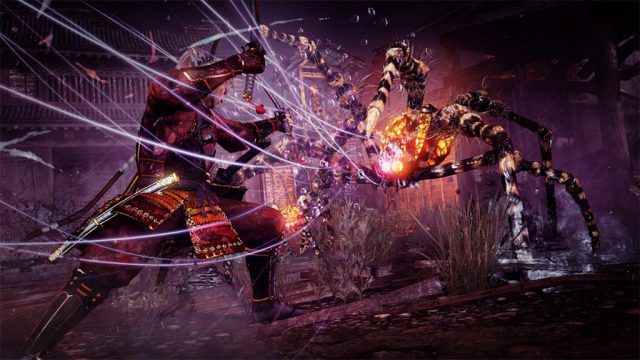 There is also the option of bringing in a partner to help you out, but only if the guest has already finished the mission that the host player is running. It mildly defeats the purpose of having two players potentially experiencing a new area together, but for balance sake, it is understandable. What’s confounding, however, is that the difficulty remains largely unchanged. In reality, a scaling difficulty would have added more challenge to what can amount to a cakewalk if both partners know what they were doing.

Nioh keeps players busy with main missions as well as side missions that present more loot, lore, and new environments to explore. The constant flow of story missions, followed by a few side journeys, help to both break up the constant stress of the brutal combat, and add more depth to Adam’s quest. While the learning curve is steep, the difficulty is manageable, save for the predictable spike near the end.

The many locations players get to explore also pack plenty of environmental puzzles and secrets to be uncovered. Secret caves, disappearing walls, and holes that dare players to jump in, are just some of the sights they will come upon. The levels are large and brilliantly designed, yet intricately connected so that players are never too far from where they need to be. Like in the Souls series, shortcuts will open up and players will have new routes of traversal if they explore all levels thoroughly.

Ultimately, in-game dying has never been more fun or enlightening until Nioh. It will toughen players up even as it demands so much more. Players will grow to be alert, methodical, and more importantly, surgical in their attacks. Having foresight and patience never hurt anyone, and Nioh does a great job of imparting such fundamental lessons in a way that is less annoying, but ultimately gratifying.

Nioh makes dying fun again, and you will die a lot. But in a twisted way, you will also be happy.