A historical movie based on true events about journalists exposing a systematic cover-up? Nope, we’re not talking about Spotlight. We’re talking about Steven Spielberg’s latest movie, The Post.

The Post could have easily done what Spotlight did and base itself mostly on the events surrounding the exposé. It could have even focused on the actual whistleblower himself, Daniel Ellsberg. But it didn’t. Rather than focus on the historical components itself, The Post frames itself around Kay Graham (played by Meryl Streep), the first female publisher of a newspaper in the United States, her unapologetic editor, Ben Bradlee (played by Tom Hanks) and the emotional highs and lows the two experience throughout the events. 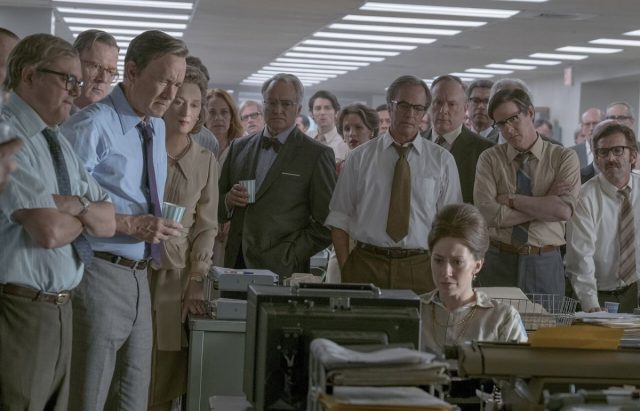 It’s 1970, with tensions high in the USA over the Vietnam war. Graham is looking to improve the company and its fortunes by putting itself on the stock market. Meanwhile, Bradlee, played by Tom Hanks, is hunting for a lead or story to help improve the content found in The Washington Post.

The exposé that came out on 13 June 1971, famously known as The Pentagon Papers, revealed that the United States had been lying about their involvement in Vietnam – a cover-up that had been going on for several presidential administrations. War was not improving and despite that, the US was still sending its soldiers off, to fight a war in vain.

Although initially published by the Times, they were immediately silenced and brought to court by President Nixon. During the hunt for a new lead or story, The Pentagon Papers find their way oh-so-conveniently into the hands of Bradlee and his team of Journalists. 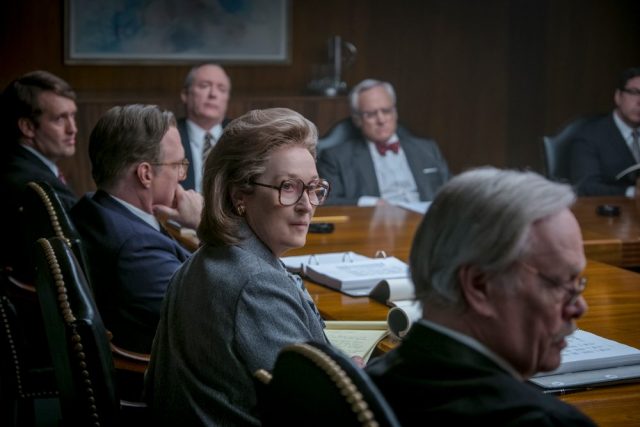 This puts Graham in a precarious situation – publish the papers for the good of the American People and to take a stand with the first amendment, but face anger from the government, or to leave it and protect the jobs and livelihoods of her many employees? The weight of Graham’s choice is further perpetuated because her social life and relations were at stake too, given her close relationship with the Secretary of Defense, Robert S. McNamara, played by Bruce Greenwood.

Spielberg’s experience with action films is probably what helped make this talking-heads film feel as alive as it did. Ladies joking at Graham about how she ‘has a daytime job’, props like old dialer phones, or even characters occasionally smoking in the middle of a workroom help piece together a world that is truly reminiscent of the 1970s. This coupled with the cinematography of Janusz Kamiński helped with the tension in each scene – even bringing intensity to things as seemingly trivial a newspaper being printed.

With the scenes of Graham juxtaposed against a room of men, the movie could have easily turned into a 2 hour preach about feminism and being a working woman. Fortunately, her character is far from one-dimensional. She isn’t just “a historical figure” in the film, she’s someone who feels vulnerability and fear just like anybody else. This makes her all the more relatable and makes the audience feel more satisfied when she finally makes the courageous call to print the exposé. 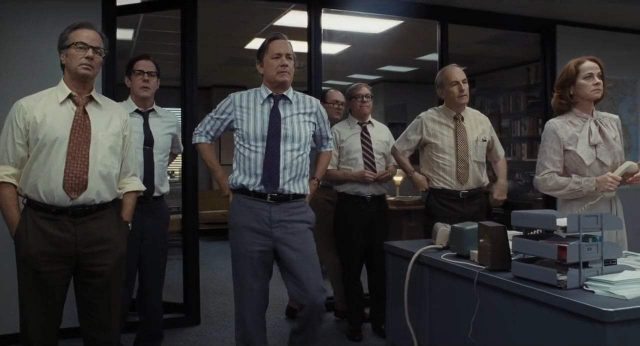 In stark contrast to that, Bradlee is a rather cut-throat Editor at the helm of The Washington Post. Very often, he dips into the grey areas of the law to get the job done. At one point an intern even asked if what he was instructed to do was legal and all Bradlee responded with “What is it you think we do here for a living, kid?” Despite that, Bradlee is very principled at heart – many times, it’s clear his main reason for anything he does is to “do the job right”. Tom Hanks did a splendid job at taking Bradlee’s personality and translating it into a powerful presence on screen.

The selling point for the movie would be Streep and Hanks’ wonderful chemistry on-screen. It’s almost as if they play off of each other’s lines effortlessly. Often, the movie plays with a recurring theme of contrast between them, presenting Graham as someone poised and careful with her words against Bradlee’s blunt and direct nature.

Although it may be argued that the film is ‘Oscar-bait’ (I have to agree it hits all the characteristics of an award seeking movie), and how the plot was essentially spoiled by history, the film is worth watching because of the powerful performances by Streep, Hanks and the rest of the ensemble cast.

The movie does its best to accommodate itself to be more palatable for the general audience framing itself more around the characters themselves rather than the Pentagon Papers, but history buffs, anyone who loves/does journalism and cinephiles alike will find a definite inkling towards this movie.

Carla decided one day it’d be a good idea to drink too much coffee. She doesn’t think so anymore. She now spends her sleepless nights unironically watching terrible movies and trying to accomplish world domination in Civilization V.