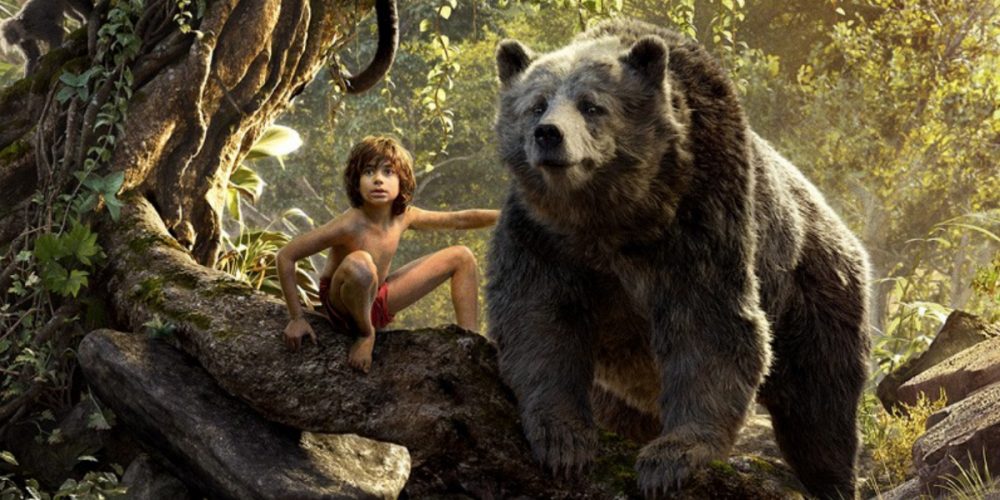 Let’s just accept the inevitable: Disney is going to remake a lot (probably all) of their animated classics, and turn them into live action iterations, with a few changes here and there. There’s the upcoming Beauty & The Beast, as well as the planned prequel to Aladdin. If it hasn’t been made official yet, it will be.

It’s the Hollywood cycle: take an old money-making and enduring classic, then mold it for a younger generation. The House of Mouse did it with the recent Cinderella, and that turned out well, so the next target is obviously one of the other top-grossing animated films they made before.  I’m not sure why, but The Jungle Book was picked, even though there have been many versions of the many jungle tales by Rudyard Kipling.

I was half-expecting a mash-up of The Lord of the Rings/The Hunger Games here, but Disney has stayed pretty faithful to its animated classic. In fact, director Jon Favreau pulled this one off by combining elements of a shot-by-shot remake, as well as a close adaptation of an existing animated feature which in itself is an adaptation. So if you’re a fan of the stories themselves, this is not the Jungle Book for you.

The story is about a “man cub” named Mowgli (played by newcomer Neel Sethi), who has been raised by wolves. After being threatened by the evil tiger, Shere Khan (voiced by Idris Elba), it was decided that Mowgli would be better off being raised by man, so the plan is to return him to the man village, and away from his wolf pack family for fear of being mauled by the tiger. While being escorted by panther Bagheera (voiced by Ben Kingsley), he comes across various dangers and perils, but also meets several new friends, including the most famous of them all, the sloth bear Baloo (voiced by Bill Murray). 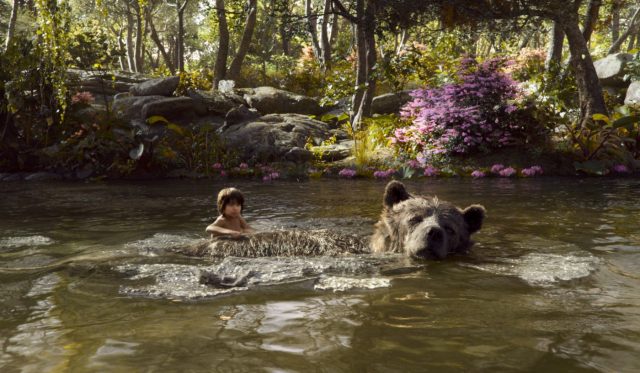 In a slight twist from the animated classic, the writers decided to make Mowgli less of a kid in distress, by turning him into the jungle equivalent of MacGyver. His ability to grabs elements from nature, such as vines, stones and twigs, and furnish them into traps and tools is seen as a reflection of human ingenuity that the animals are apprehensive of at first, but as you might expect, they eventually help save the day.

Said dangers and misadventures are served up and are staged just fine, and there is even a semi-nod to the infamous stampede from The Lion King. Audiences are also treated to a slithery encounter with a giant serpent,  a pretty cool man-cub-and-bear team-up to collect honey, scenes of Mowgli’s inventive skills, and a few other key scenes I won’t spoil.

But if you are a fan of the animated movie, you can probably guess what they are, especially if you know the songs and have the key scenes ingrained into your brain. That’s not to say that this version is unoriginal, as it added in some plot tweaks, to make sure that Mowgli’s character comes full circle. It’s not a major turnover that will reinvent entire adventure genre, but the new additions, such as establishing the human village early on, and focusing on the wolf pack more, is enough to distinguish the 2016 version from its animated predecessor.

All of this is shot and animated in the best way possible as well. This is one colourful and slick jungle boogie ride, with incredible-looking visuals and well-done CGI that makes these animals come alive. There are vista shots that have colors gently caressing your eyes. Along with the panning jungle shots, that iconic key waterfall scene with Bagheera and Mowgli, the night scenes, and the way the animals twitch and nod when speaking, the live action portion of this tale delivers, as the art direction and animation here is nothing short of wonderful. 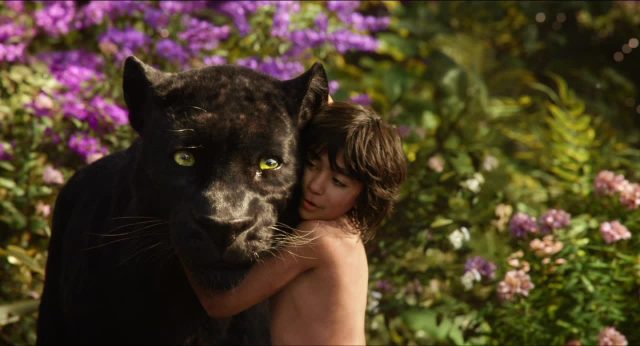 To address the marching elephant in the room: yes, there are songs in this movie because Disney will plough our faces with nostalgia. The actual results? Well, they are hit-and-miss. Baloo’s Bare Necessities is worked in naturally in that honey-laundering scene, but the way the gigantic King Louie shoehorns in the “King Of Swing” is just clumsy. The highlight of that number in the animated movie was having apes and monkeys dancing around to a jazz ensemble.  Here in the retelling, they’re confined to being in a dimly lit temple and just waving their arms in place while throwing money and fruits in the air, like a bunch of, well, lost monkeys in an undersized rave on a Friday night.

The adaptation wouldn’t mean much without its menagerie of characters, and it isn’t half bad with Disney and Favreau playing it safe by sticking to the animated source material. Baloo and Bagheera are what you expect: the two grown-ups handling the “baby” that is Mowgli, where one’s the comedic mischief and the other’s the serious sourpuss. Bill Murray and Ben Kingsley play their roles just fine and dandy. Christopher Walken’s King Louie is pretty much who you expect: Christopher Walken as a giant mafia boss-like orangutan, weird speech intonations and all – he’s almost worth the price of the ticket itself.

Thankfully, Mowgli is  portrayed well here, thanks to child actor Neel Sethi, who is clearly enjoying his time acting with what could be across a bunch of guys and girls in mo-cap outfits. He’s fun to watch and the aforementioned “building basic stuff to get ahead” schtick is believable to a point. I mean, if you’re a young human stuck in a jungle with wolves, and aren’t as agile as the animals are, you have to adapt right? 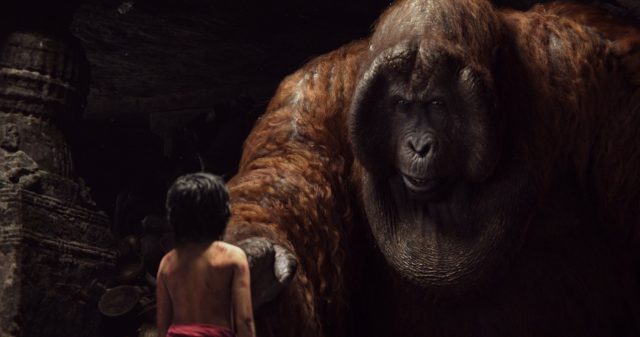 The updated Shere Khan gets props here for being a memorable presence. The combination of deft animation, fluid movements, and Idris Elba makes this tiger a great balance between being a dignified bully of the jungle, and a savage hell-bent on vengeance over man. The scene with him playing with the wolf cubs of mother wolf Raksha, while at the same time bringing up an anecdote regarding the nature of a cuckoo’s baby targeting Raksha stands as a pivotal and genuinely chilling moment in the film.

It’s not as good as George Sanders’ portrayal of the tiger in the animated film, but this version stands apart from that, and on its own.

Where Favreau and the film fails, is in the mishandling of the snake Kaa. One of the highlights in the animated film, due to the many visual jokes centering on the serpent’s size and length, has now been reduced in importance, and instead of being a possible accomplice of Khan, she has been demoted to a minor hindrance. Scarlett Johanssen did not do the unbelievably long python any favors with her voice acting, as she sounded like as if she was just getting a paycheck out of this. It was literally, read the lines on a few takes, and her presence sounded as if she was rushing off to do the next Avengers movie.

The Jungle Book is what you call a harmless adventure film. It does not break its way out of to become a highly memorable and standout endeavor, but it is not terrible enough to tarnish its namesake and source material. As far as retellings go, it’s not all bad given the fact that most of these kinds of adaptations can go south.

It’s almost as typical an adventure you can get, but still a fun diversion nonetheless.