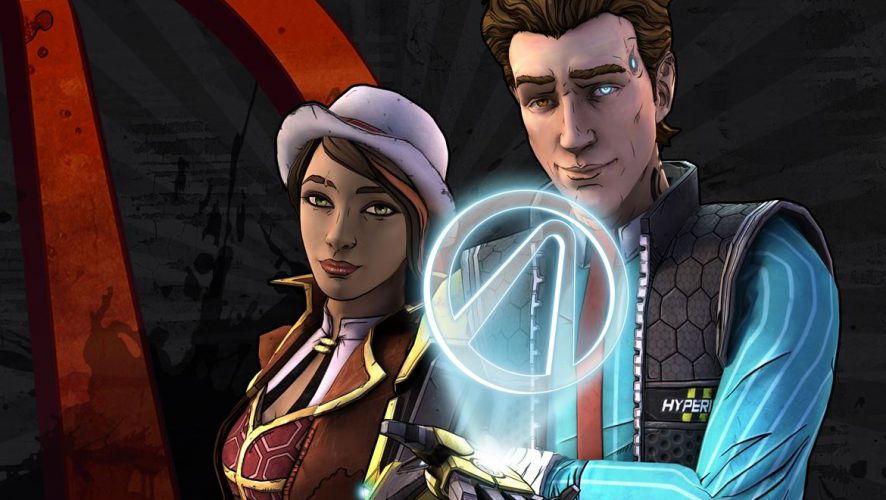 Geek Review: Tales from the Borderlands (The Complete Season)

Of all the properties adopted by the hydra-headed beast that is Telltale Games, it could be argued that the most niche of all of them would be the series based on the Borderlands franchise.

For one, it’s lore would only be recognisable by those who have played the series and as such, the episodic series based on the characters and inhabitants of lore centred around the canon would have to make swift work of establishing the world and characters to make things not be confusing.

And annoying as usual, Telltale Games come in true to form, setting up the stakes and players with deft control and ease, so much so that even as each Telltale title has managed to stay rather unique from another Telltale title, this could be Telltale’s funnest and funniest franchise entry to date, not to mention maybe it’s most action packed title as well. 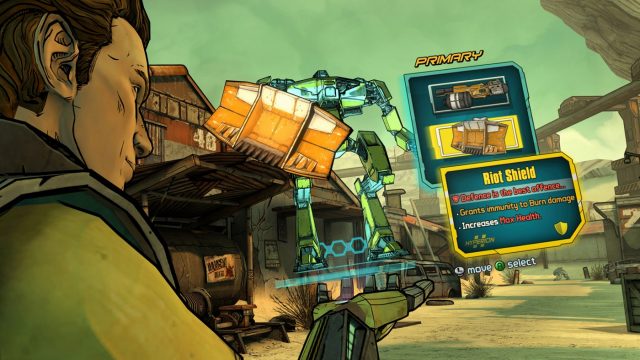 And this time, you play two characters in tandem, alternating from one to the other, as the series plays a completely addictive blend of genres cobbled from the best of Sergio Leone, Firefly, Office Space and Romancing the Stone.

TFTB begins on the corporate moon of Hyperion, hovering over the dusty, vicious, Western-styled post-apocalyptia of Pandora. In Mike Judge fashion, Hyperion is a corporate satire not far removed from Wall Street where your friends may be more dangerous than your enemies and everybody is trying to climb a rung over someone else for that coveted top spot in management.

Cue Rhys. You. One half of the people you play, who has bid his time and played the game to get into a prime position for an elite promotion. With his trusty sidekick, Vaughn, Rhys is about to enter Hyperion aristocracy when a sinister double cross forces him into a position where he needs to hijack a secret Hyperion deal to save his job, and possibly even his life.

As such we find two white collar idiots on the surface of a hostile danger-riddled planet, hoping to close a deal of an exquisitely rare alien Vault key in exchange for $10 million dollars. Vaults here, rather than the Fallout context, are giant extraterrestrial caches of treasure guarded by Pacific Rim style humongoid creatures of “Leave the Vault alone”. 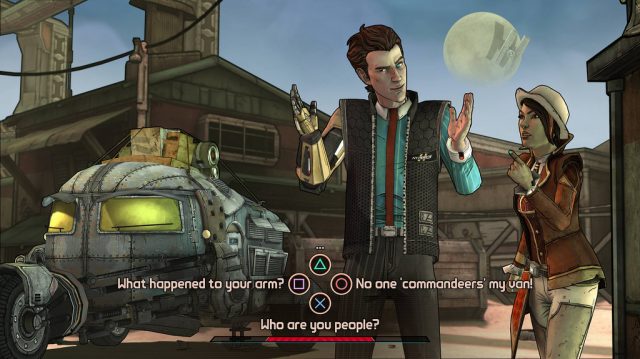 This Vault deal that some how involves the highly dubious confidence trickster sisters of Sasha and Fiona.

Cue Fiona. The second You. The other main character you play. Always sarcastic, streetwise and Pandora-born cagey. Ever ready with something up your sleeve to con or occasionally murder your way out of a situation.

As deals and agreements get made and hijacked in a series of cons and double crosses, we find the unlikely quartet of Rhys, Vaughn, Fiona and Sasha having to negotiate a plethora of comedic and never stale misadventures to stay alive and even, get paid. Which is a tall ask when none of them is a bona fide Vault Hunter, skilled to the trials of Pandora which involve and may include dealing with dozens of murderous and duplicitous ex-accompli, bandit kings or queens, retired ex Vault hunters, rogue AI war machines, mad scientists, generally fatal Pandoran fauna and flora and accountants.

Tales from the Borderlands is an unsurprisingly kinetic and immeasurably fun series of story telling. Over the course of the narrative, this motley crew of misfits and never-do-wells become endearingly entertaining within their interactions and spontaneous critique of one another. In an alternate dimension, this could have easily been the story of Han and Lando teaming up with Leia and Boba Fett to steal a precious artifact from the depths of Hutt space. See? You already greenlit that idea in your brain boner. 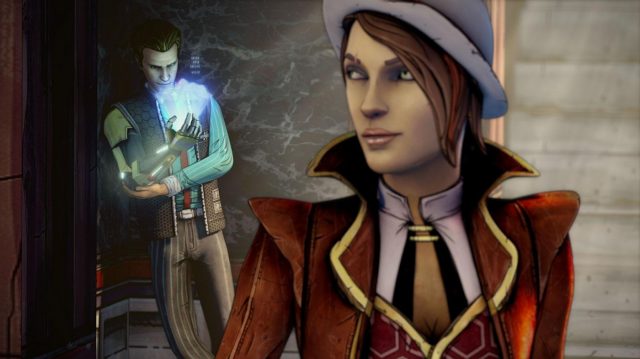 In terms of gameplay however, expect a wealth of QTE (sigh) elements, which although abundant, are never overly difficult.

It is surprising how much story was able to be cobbled together from Borderlands lore here to be presented in such a fascinating and insightful style. A large part of the narrative is told in a series of “unreliable narrator” flashbacks by both our seized protagonists as they explain to a captor what has transpired before, with many a chuckle inducing moment.

Without going into too much detail and spoiling the incredible fun filled adventure you have in front of you, just know that Tales from the Borderlands is meaty in terms of storytelling, is never boring and resolves in a completely fulfilling and sumptuous way. It is in my opinion, Telltales’ most fun filled and action driven story to date.

If Game of Thrones has the market cornered on nerve wrecking, and The Walking Dead on deathly serious dread and The Wolf Among Us with pulp noir, then Tales from the Borderlands has the podium on funny and generally fun. It’s less intent of having you wringing your hands at decisions, and more about the ride. That said, the number of narrative permutations and possible character divergence in this series guarantees multiple playthroughs. 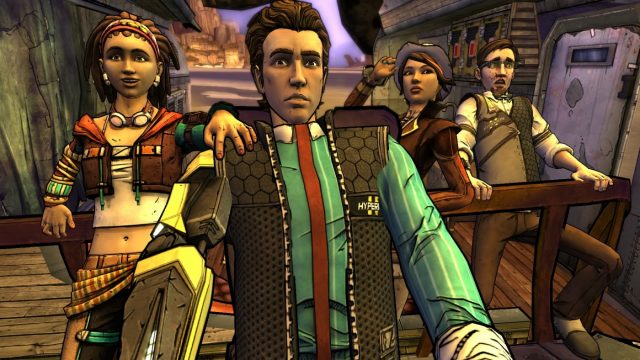 Chances are, you didn’t get Tales from the Borderlands because you thought it was too niche. This is a mistake. Get it. It contains the holy voice acting trinity of Nolan North, Troy Baker and Patrick Warburton, for crying out loud!

Tales from the Borderlands: the love child Han Solo and Ocean’s Eleven had.