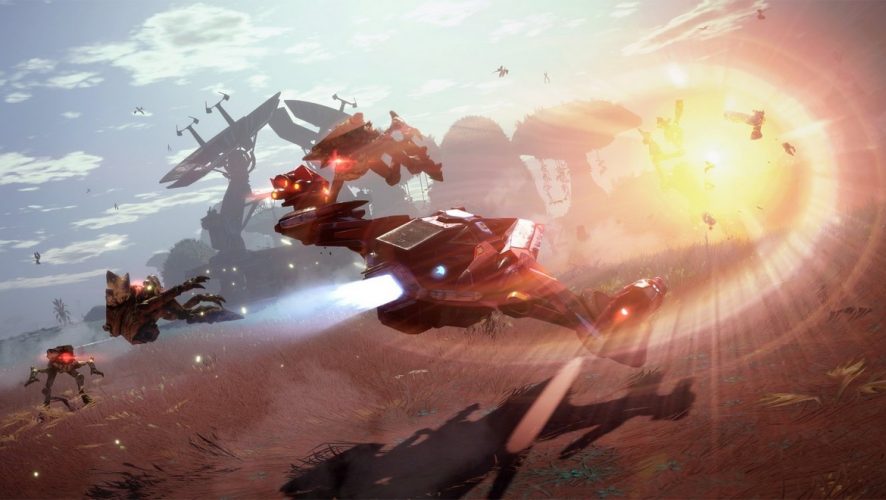 Many imagine that gamers would have had seen the last of the toys-to-life titles, with the premature death of Disney Infinity, LEGO Dimensions, and possibly even Skylanders. 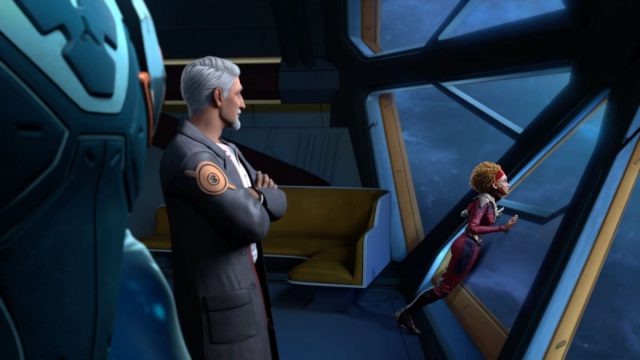 Sure, there’s Nintendo’s amiibo but that’s a whole different beast. Yet, Ubisoft continues to buck the trend with the release of Starlink: Battle for Atlas, their slightly delayed take on the toys-to-life market.

Think spaceships and new characters, and while it is a fun and interesting game, the addition of physical toys are more trouble than the game is worth.

Underneath the plastic models and peripherals lies a game about exploring strange new worlds and seeking new life with your crew, and foiling the plans of the evil Grax and the Forgotten Legion. There’s nothing new here. 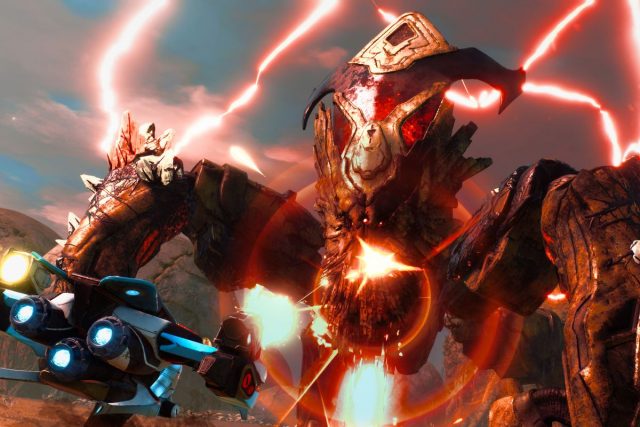 The crew come with each with their own unique personalities, and abilities and are brought to life convincingly through great animation and voice acting. At times Starlink feels like watching an animated movie broken up by interactive bouts of exploration and combat, and more importantly, an engaging experience.

Piloting your trusty ship of choice, players go from planet to planet, scouting out the wildlife, civilizations, abandoned starbases, and the like. Structures can be claimed as you play through missions, or simply obliterate the enemies that are guarding them, and that is where the bulk of customisation comes into play. 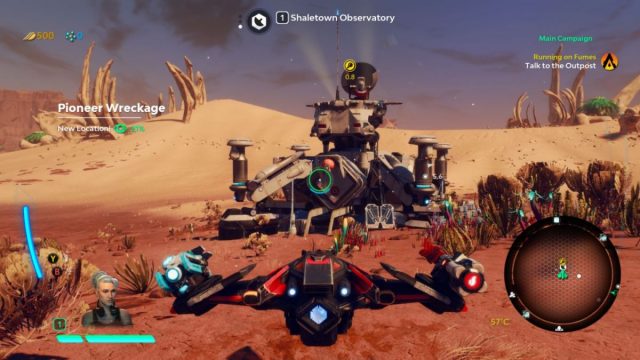 The plug-and-play system of the real-life peripherals (or digital) is a fun gimmick that unfortunately, wears out quickly. Each ship and the various weapons you can snap on come with their own set of attributes that can be further augmented with mods. Pilots bring their unique skills into the fray as well.

It all works seamlessly and quickly whenever the need arises. The game and peripherals easily recognize whichever pilot, ship, or weapons you have connected to the left and right wing, and all the upgrades are reflected in the game. 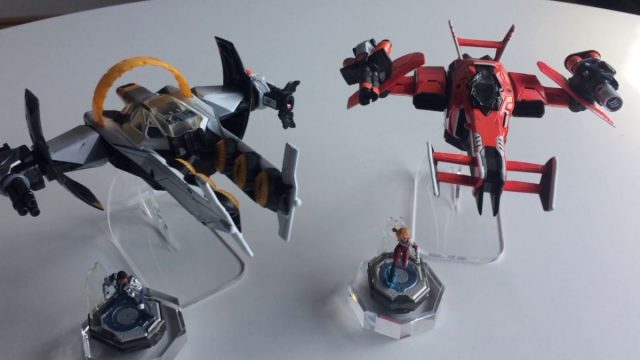 By completing missions and vanquishing foes, you will level up your pilot, your ship, and your weapons. All these are paramount for succeeding in Starlink, and of course, finding the right combination of tools for the job, as you swap your configurations on-the-fly.

However, it is not as if you will need these toys to actually play the game. The much easier solution is to just purchase the ships, pilots, and weapons digitally. 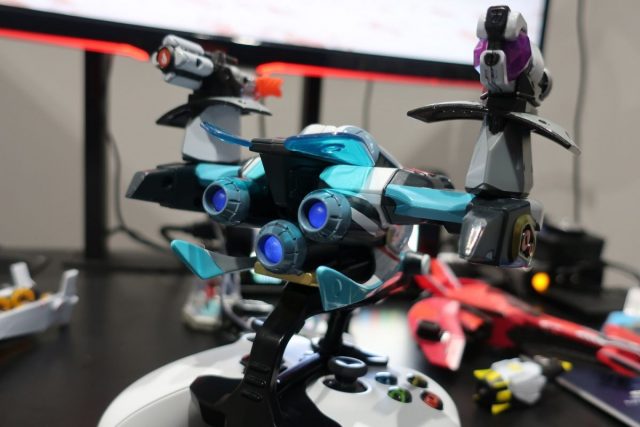 Not only do you save space and the effort needed to swap things physically, but it is also much faster. It is made worse by the fact that Starlink’s Digital Edition actually gives you more guns, ships, and pilots when compared to the physical Starter Edition. Guess which version of the game we recommend buying?

At least the world in Starlink is suitably gorgeous, filled with unique life and personality. While it is not a No Man’s Sky level of procedural generation, the hand-crafted worlds in the game are a delight to explore. Going from land to space is as simple as piloting your jet out of the atmosphere and into the darkness of space. 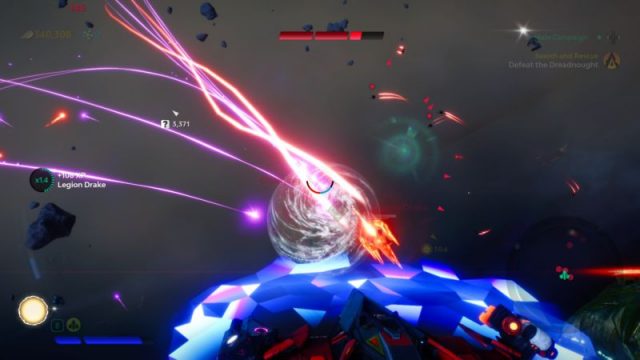 And while there is an overarching plot that drives you from one place to another, the various missions that you will undertake on each planet are repetitive in nature. Fetch quests, combat quests, and the like are the standard fare no matter where you are, with the occasional surprise thrown in.

There are several set pieces that remain impressive as you combat the Forgotten Legion over the course of the 20-odd hour campaign, and for the more inquisitive players, there is plenty to discover as you put together a space encyclopedia on your travels, potentially giving you more content for your efforts. 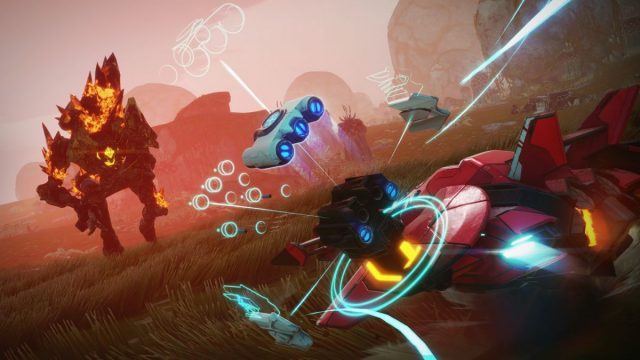 Combat on planets is more manageable when compared to dogfights in space. On the surface, you can aim easily and outmanoeuvre your grounded opponents with ease, and your weapons selection is more varied.

However, the nature of wide-open space flight will likely funnel you into using more target locking weaponry as opposed to conventional blasters that require precision aim. It brings into question the very mechanic of swapping configurations when one set of weapons are obviously more useful than the rest. 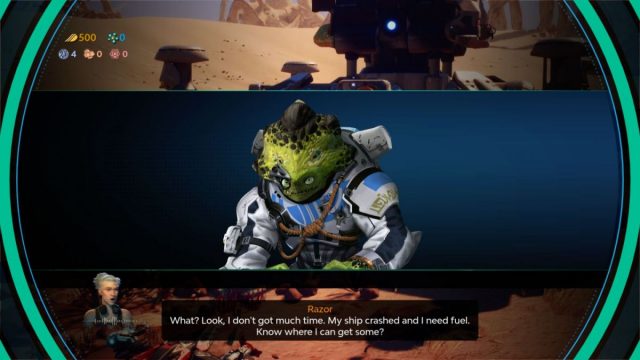 Nintendo Switch players get the bonus of having the Star Fox brand integrated into Starlink: Battle for Atlas, with Fox McCloud and his crew joining the fight.

Even for gamers who are not fans of Star Fox, just having additional characters is already worthwhile, plus they are treated with absolute reverence when it comes to animation and voice, which is a win-win all around. 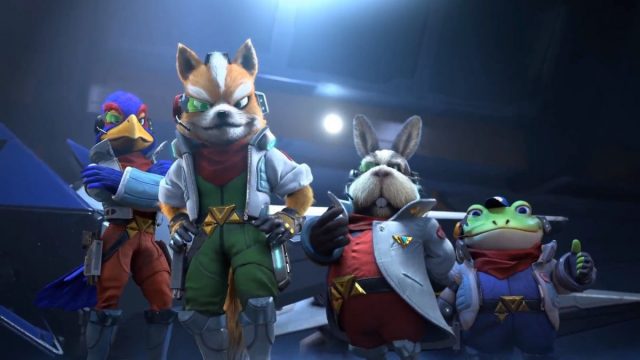 For a toys-to-life game, Starlink: Battle for Atlas could easily have been done without the added plastic peripherals. At its core is a good game that has a great style, addictive blend of strategy and action, and wonderful performances that could easily extend to other mediums. We loved our time in space, and this is an adventure everyone should try out at least once.

Take away the toys and you still have an exciting adventure awaiting you in Starlink: Battle for Atlas.