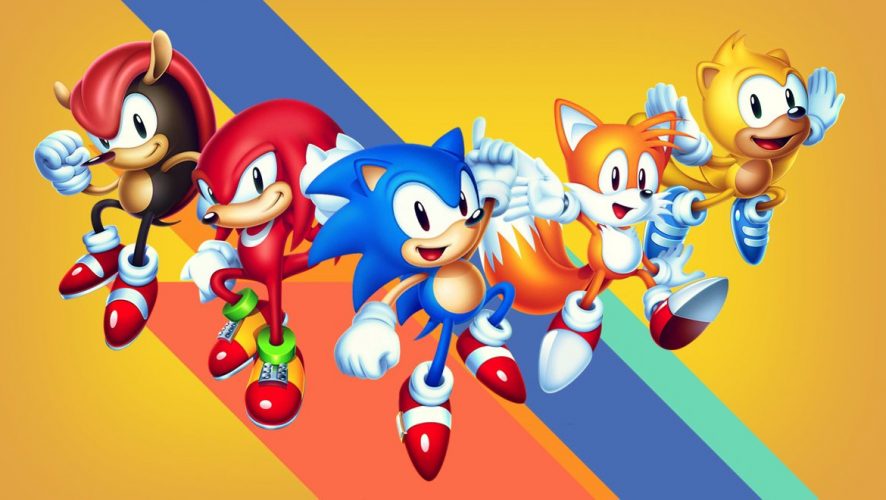 After the amazing and nostalgia-filled Sonic Mania release last year, Christian Whitehead and SEGA give us all a little bit extra with Sonic Mania Plus, which introduces two new characters, a few new stages, and an Encore Mode.

If you didn’t pick up the original release last year, worry not as Sonic Mania Plus comes complete with the original game. And if you did pick up Sonic Mania last year (like I did for the Switch), you also don’t have to worry as you can pick up Plus as a DLC add-on. Whether or not you already have Sonic Mania, I think it’s important to devote a bit of time to it in this review, so here we go:

Okay, now that that’s done with, let’s talk about the new stuff. 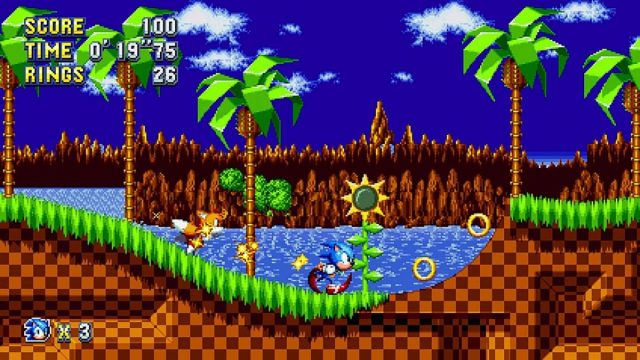 Sonic Mania Plus doesn’t add too many new things, but what it does add is great. First, the two new characters: Mighty the Armadillo and Ray the Flying Squirrel. Both characters play quite similarly to Sonic, but have their own powers that help them traverse across levels in different ways. Mighty has the Hammer Drop that allows him to break through certain areas in a level, and he’s immune to spikes. Ray has the Air Glide that lets him glide across pretty much an entire level, though his gliding takes some getting used to. You have to push back and forward on the d-pad or left analog stick so that he swoops up and down. Ray could theoretically make it through an entire level without ever touching the ground, though he is entirely vulnerable to whatever enemies decide to smack him. I personally couldn’t get him to glide for more than a few moments before I crashed him back down to the surface. Your mileage may vary.

Mighty and Ray show up in the new Encore Mode, which slightly remixes the existing Sonic Mania levels and adds a short re-imagining of the Angel Island Zone from Sonic the Hedgehog 3, where the player has to pick either Mighty or Ray at the end of it. Then you play through the remixed levels with the extra ability of being to switch from Sonic to your new friend and back again at will. If you find special monitors with other character faces on it, you can also unlock Ray or Mighty (depending on which character you picked at the beginning), Tails, and Knuckles. You can only switch between the characters on screen, though. If one of the characters dies, he’s replaced by another character, and the player keeps playing until all the characters have died. You can replace your dead characters by finding more special monitors. 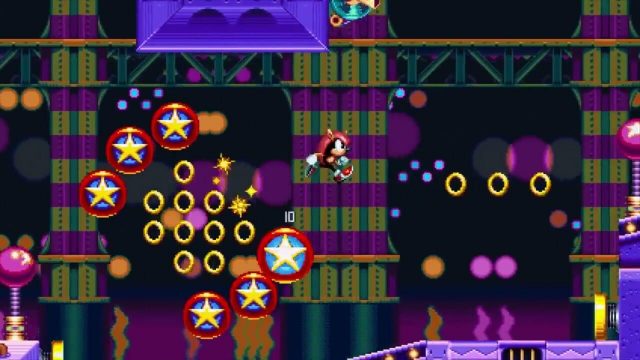 Sonic Mania Plus also has a new Bonus Stage set inside a giant pinball machine, modeled after the ones in Sonic the Hedgehog Spinball. It can be accessed from any Star Post in either Mania or Encore Mode, as long as you have at least fifty Rings.

Finally, Sonic Mania Plus allows for four players in the split-screen Competition Mode (up from two), and the ability to save replays of completed Time Attack attempts and challenge them (the replays are shown as ghosts when you race against them).

Just like Sonic Mania, Plus is presented in beautiful 16-bit-style graphics with era-specific sound effects and music. I understand if this isn’t everyone’s cup of tea, what with the amazing graphics and sound we can get in video games nowadays, but as an old fogey who played through all the 2D Sonic games as a kid, listening to the Green Hill Zone theme from Sonic the Hedgehog is amazing (just as listening to that classic drowning music is terrifying). 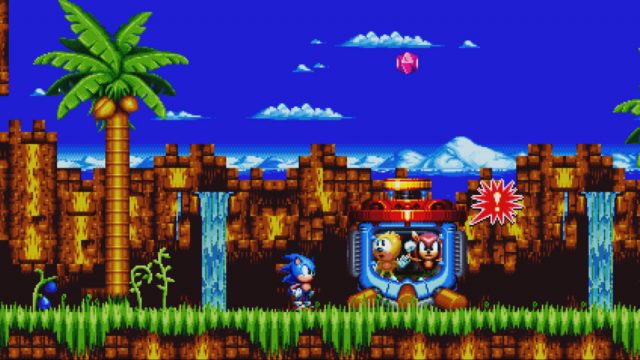 The last little feather in Sonic Mania Plus’ cap is its physical release. Sonic Mania was a digital release only, so I was pretty happy to see a physical package this time around. It’s your standard PS4 (or Switch or Xbox One) jewel case, but the covers are reversible. The regular side has the regular Sonic Mania Plus artwork, but when you reverse it, you get 1991-style cover art. If you’re in the US (aka Region 1), that means Sega Genesis branding; if you’re in Europe (aka Region 2), that means Mega Drive branding; and if you’re in Asia (aka Region 3), that means Japanese Mega Drive branding. Frankly, I think Region 3 got the best deal here. The physical release also comes with a 32-page artbook that I unfortunately did not get with my review copy, but it looks pretty sweet from what I’ve seen on the Interwebs.

All in all, Plus doesn’t add a lot to Sonic Mania, but at its low price point, it’s certainly a lot of content for less than the price of many smartphone games. And if you don’t already have Sonic Mania, then definitely spring for the physical release.

Relive your early gaming days (or your parents’ early gaming days) again with new characters, new stages, and new modes for an already fantastic game. You’ll get an even bigger nostalgia kick and an excellent 2D platformer that still runs very, very fast.