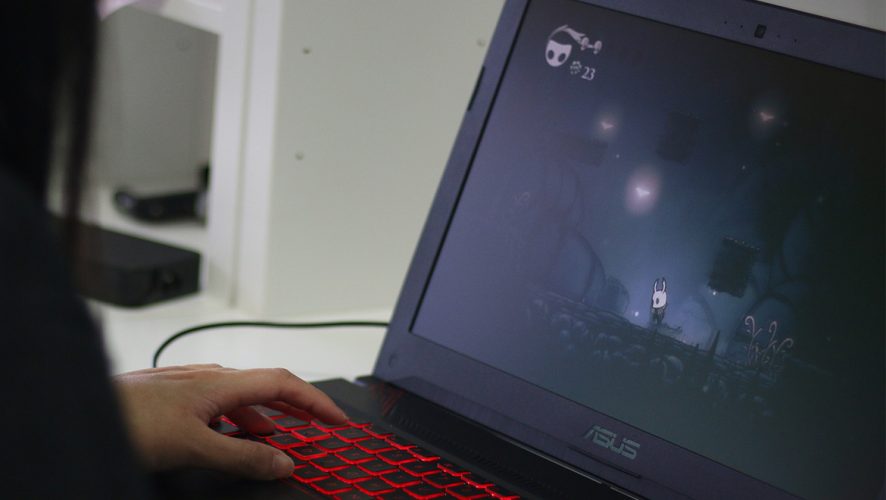 With the video game landscape dominated by AAA blockbusters and mediocre Battle Royale clones, it is comforting to know that the independent video gaming scene remains as vibrant as ever. Instead of sticking to those tacky free-to-play games which most of us download the moment we pick up that new PC, we’ve done some trawling through the Steam library to uncover a wonderful treasure trove for great titles from small, hardworking developers who have managed to launch a game without any major financial backing.

Here are just some of the gems that should be in every Steam library, especially, if you’re in the market for a brand new PC gaming laptop that will not burn a hole in your pocket.

If you enjoy Metroidvanias, there is none more popular right now than the indie darling Hollow Knight. Set in a dark but gorgeously realised world of bugs, the game begs you to explore its huge world filled with secrets, abilities, and enemies galore. It is a perfect blend of platforming, environmental storytelling, and pure gaming bliss, all housed in a stylised package quite unlike any other. It is a classic and deserves to be played, so stop waiting!

Hollow Knight is available on Steam for S$15.

While it still holds the Early Access tag, Dead Cells is close to completion and a darn fine example of a Metroidvania combined with the high stakes replayability of a Rogue-lite. Add in hand-designed levels that are procedurally assembled during each run, so no two runs are the same, and you are definitely getting the bang for your buck while it is in Early Access. Awesome enemies, great combat, and a challenging time awaits you, and of course, a hell of a good time.

Dead Cells is currently available on Steam for S$29.99 in Early Access.

One of the biggest success to come out of the indie scene, Stardew Valley has plenty going for it, all made by one talented developer. We loved running our own farmstead, developing relationships, and putting hours and hours into our idyllic fantasy, and so would you. With additional content and a multiplayer mode coming soon, there is no better time to jump in and enjoy one of the best-looking and wonderful experiences ever.

Stardew Valley is available on Steam for S$15.

A tranquil open world with dozens of locations to explore and over 500 puzzles The Witness is a surreal experience. This game respects you as an intelligent player and it treats your time as precious. There’s no filler, and there are plenty of secrets to find in a beautiful world surrounded by masterful puzzles, and if you are the curious sort, The Witness can be your personal slice of heaven. No mistakes, The Witness is powerful, engaging, and a timeless masterpiece.

The Witness is available on Steam for S$39.

A unique take on the RPG genre, Undertale not only subverts everything you know about the genre, but throws all your expectations out the window. Not to mention, Undertale boasts some of the most fantastic writing ever seen in an RPG. The great writing, wonderful gameplay, and strong storytelling make for an awesome concoction that surprises at every opportunity. You will never look at monsters the same again once you have visited the world of Undertale!

Undertale is available on Steam for S$10.50.

Developers Playdead are auteurs, and following the success of Limbo, one can say they are masters of their crafts after the widespread critical acclaim for Inside. A puzzle-platformer that is equally beautiful, haunting, and terrifying, Inside adds intrigue, wonder, and shock to top it all off and never quite lets up the reins. And it is all held together by intricately designed platforming, where everything is where it should be for good reason. It is mechanically sound and robust, and stylised to boot, and though it can be a short experience, Inside remains an unforgettable masterpiece that will stay with you forever.

Inside is available on Steam for S$20.

The game that put developers Supergiant Games on the map, Bastion is gorgeous looking, has great combat, and outright one of the best sound design ever in a video game. Every action you take in the game is narrated by the charming tones of Logan Cunningham, and it is a hook that transforms a normal RPG adventure into one that needs to be seen, heard, and played. Every obstacle presents a unique challenge, every success brings you more toys to play with, and more variations to an addictive formula. Bastion is simply amazing and you owe it to yourself to give it a go.

The Binding of Isaac: Rebirth

A remake of the 2011 original, this is a wonderfully put-together remake of an already classic Rogue-like shooter. Boasting an all-new highly efficient game engine, all-new hand-drawn pixel style artwork, highly polished visual effects, all-new soundtrack and audio hundreds upon hundreds of designs, plus redesigns and re-tuned enhancements by series creator, Edmund McMillen, it is a perfect way to enjoy a vintage indie game. Guide Isaac and protect him from the horrors that await, you know you want to.

The Binding of Isaac: Rebirth is available on Steam for S$14.

Thankfully, if you are a gamer that wants to enjoy all these indie gems without breaking the bank, the ASUS TUF Gaming FX504 is the ideal pick for you. A powerful Windows 10 laptop that combines immersive gaming with an extended lifespan that goes far beyond the standard laptop, the FX504 also packs the patented Anti-Dust Cooling (ADC) system that ensures longevity and stable performance, all while the stunning IPS-Level panel and 7.1-channel surround sound fully engage your senses.

Starting from S$1,598, the FX504 is both a dependable companion for work or school, and a more than capable machine of running our list of indie gems. With 8GB of memory and a NVIDIA GeForce GTX 1050/TI under the hood, turn the graphics up a notch and enjoy the stunning visuals and frenetic action while keeping your expenditure low!