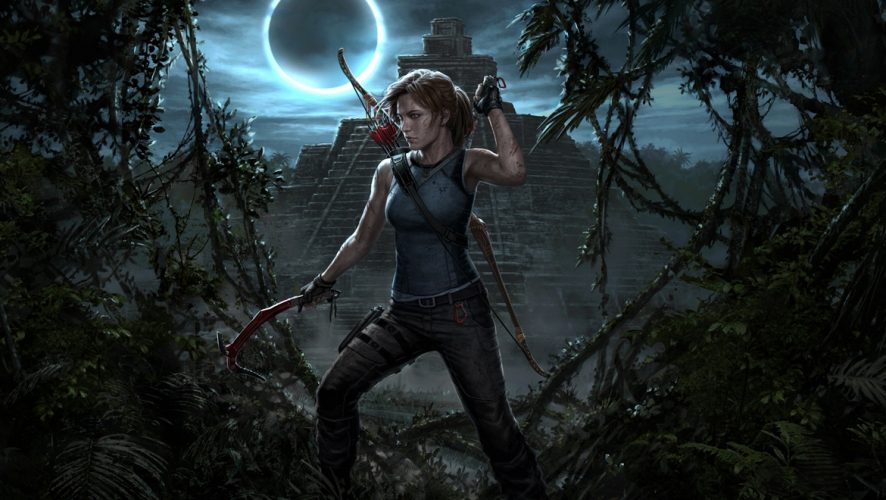 As the final chapter of the epic trilogy that chronicles the origins of Lara Croft, Shadow of The Tomb Raider definitely ticks plenty of checkboxes for a climatic sequel. A larger, semi-open world to explore, more well-designed and challenging tombs, and a story that ups the ante in both stakes and drama. 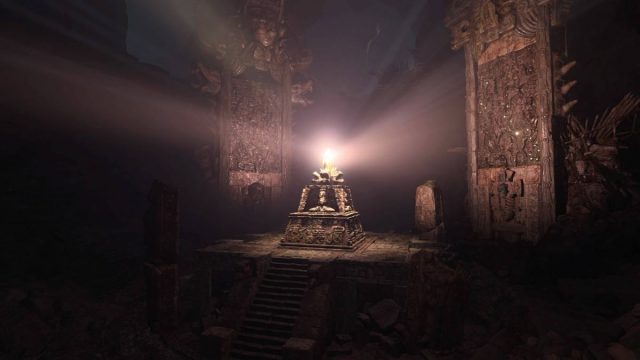 For the entirety of this 20-odd hour journey, Shadow of The Tomb Raider is undoubtedly the most impressive, most ambitious, and most fun entry we have had, and barring some hiccups here and there, Lara’s story comes full circle in an extremely satisfying way. 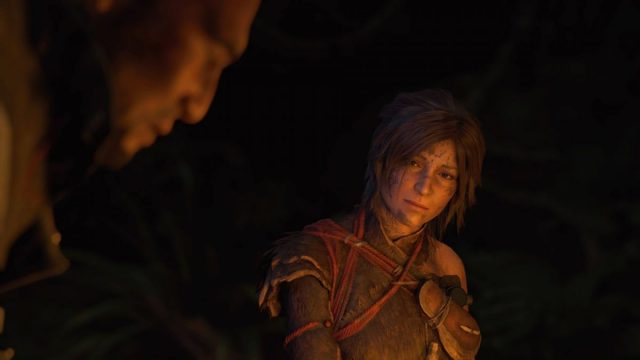 Starting from her close shave with Trinity that kickstarts a whole apocalypse waiting to happen, to her eventual triumph against the evil organization, it is a story that threads on the familiar with occasional narrative gaps, but with enough to keep propelling you forward.

Blockbuster set pieces are punctuated with precarious tomb raiding, poignant story moments, and a few brushes with death that pumps up the adrenaline. It is akin to a rollercoaster where the ups are great, and the downs are a preview for what is to come. 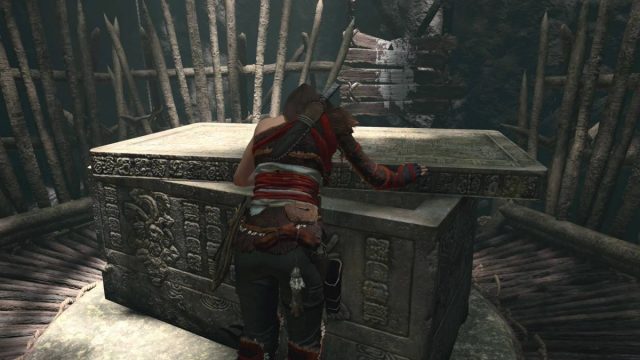 There is a conscious move away from the more firefight heavy formula of the previous two games, and that is a positive change in our books. Not only are there more tombs and crypts to explore this time, but the mechanics and traversal designs of these ancient puzzles are also brilliantly done.

Often capacious and imposing, they present different obstacles that are unique aside from the platforming required to overcome them. You could be figuring out how to manipulate howling winds, or directing mirrors to solve a light puzzle. Puzzles are a breath of fresh air every single time, and most importantly, they can be tough to crack but a delight to solve. 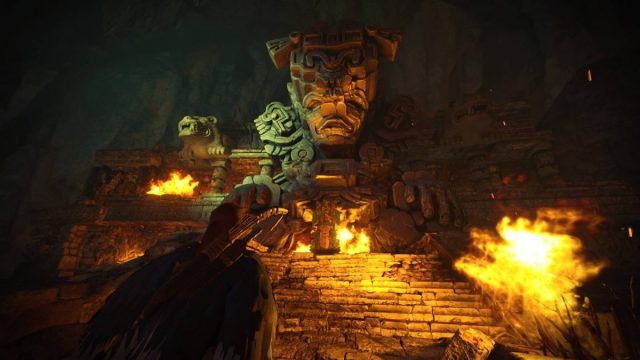 Such design directions extend to much of the game as well, as Lara finds herself in dangerous terrain that will test her skills as a survivor. Upgraded gear gives the Tomb Raider more options, and makes Shadow of The Tomb Raider a more vertical experience than before.

Both the rappelling and new overhanging climbing mechanics will bring you and Lara through a swirl of movement that is a testament to the developers’ ability to link everything together flawlessly. 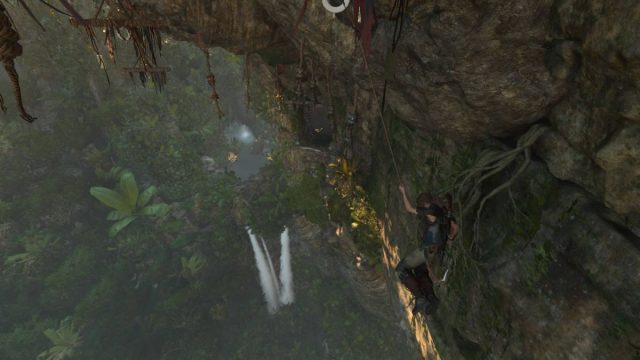 There is also a surprisingly large amount of swimming sequences, which are often tense as the game really conveys the fear of drowning perfectly. Thankfully, the controls are tight and responsive enough to not be unfair, but always beware of the very annoying piranhas that are swimming about!

Chunks of exploration will also lead you to intricate, sprawling hub areas like the Hidden City of Paititi, which bring their own flavours to both the people and architecture. In such hubs, Lara can explore and search for secrets, collectables, and even side quests as you engage the locals in conversation. 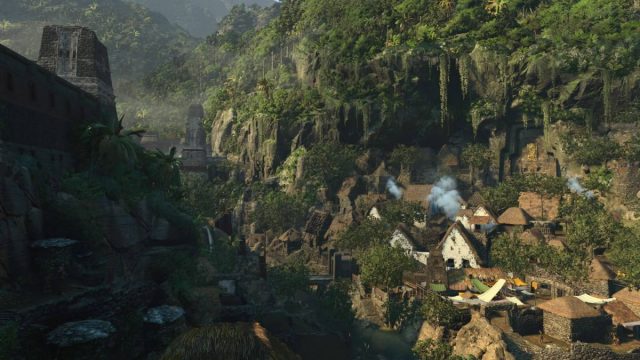 While the sidequests do often reveal more about the many ancient civilizations that surround you, they are not as fleshed out.

Simple fetch quests and enemy clearing can only go so far before becoming tedious, while the more engaging ones task Lara to investigate and dig for the truth behind certain events. The sidequests, while not mandatory, do offer some decent XP and gear to make it worth your time. 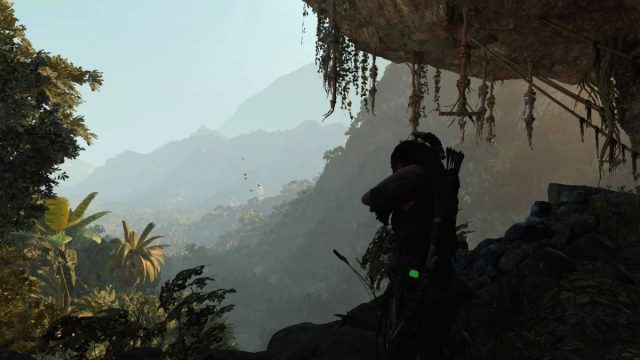 Visually, every area you come to is detailed and feels alive. From the forests full of wildlife to cities bustling with activity, it is always a sight to behold as you make your way around the world designed by Eidos Montréal. The lip-syncing can still be improved (even after the Day-1 patch), but everything else looks superb.

It would be too simple for Lara if Trinity (and other surprises) is not there every step of the way to impede your progress, with several enemy types that will force you to mix it up. Armoured foes are hardier, while thermal imaging goggles will force you to utilise the new mud mechanic to avoid detection. 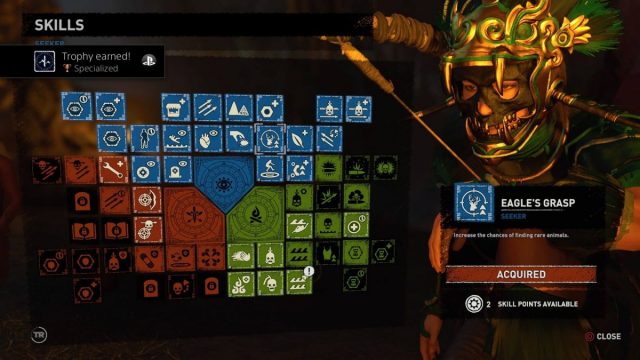 There is more incentive for you to take the stealthier route, and it is obvious that is the prefered direction the game would rather you take based on the arena designs. Long grass, mud-covered walls, and the many climbable trees are all ideal to separate and conquer unsuspecting adversaries.

Lara’s combat abilities are already quite competent, and she gets even more potent as you invest in her abilities and unlock new ones by completing challenge tombs. Like a certain Caped Crusader, she can now grapple enemies and hang them off trees. 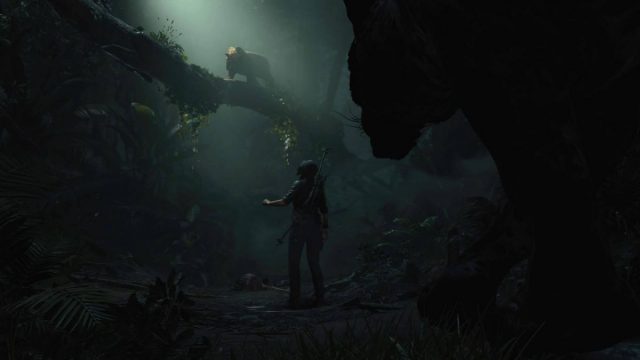 Lara also gets lure arrows that can poison or explode, and can craft smoke bombs, nail bombs, and even Molotovs on-the-go from environmental objects.

The Tomb Raider is also a herbologist this time around, gathering and consuming plants and herbs that can grant her special abilities. Endurance plants, when consumed, makes you even harder to kill, Focus slows down time when aiming, and Perception reveals more about your surroundings. Bugs and the like provide the required venom and poison to complete your arsenal. 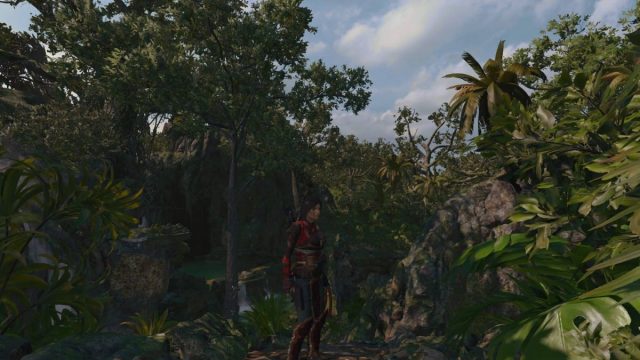 Much like Uncharted’s Nathan Drake, Lara Croft is no slouch when it comes to eliminating her enemies with all her tools.

Shadow of The Tomb Raider is not particularly challenging on the action front, with plenty of materials for upgrades and XP to be earned on the default difficulty, to ensure a smooth ride to the finish. And if you ever need to make things more challenging, the ingenious system put in place by Eidos Montréal lets you adjust the difficulty separately for puzzle solving, environment navigation, and combat. 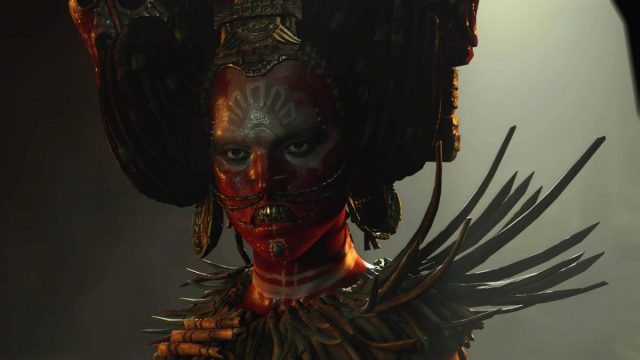 The performance by actress Camilla Luddington as Lara, together with Earl Baylon as her partner Jonah, are a marvel to behold, and while the game may not always deliver, these two always do in their moments together and apart. 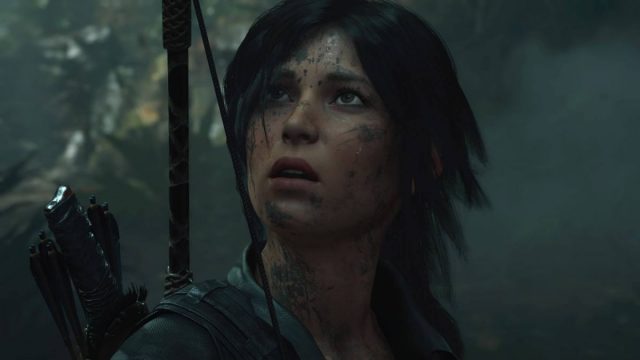 It is amazing just how Luddington is able to switch from one end of the spectrum to the other, in a convincing performance as an evolving Lara. And Baylon’s Jonah is the ever-present rock that preaches sensibility and shines a more dynamic light on Lara’s evolution.

As the story of the origins of Lara Croft, the Tomb Raider, comes to an end, it has been quite a journey since the reboot took place in 2013. With this closing chapter, the trilogy offers an immensely satisfying, gritty, and refreshing end to this part of her story. 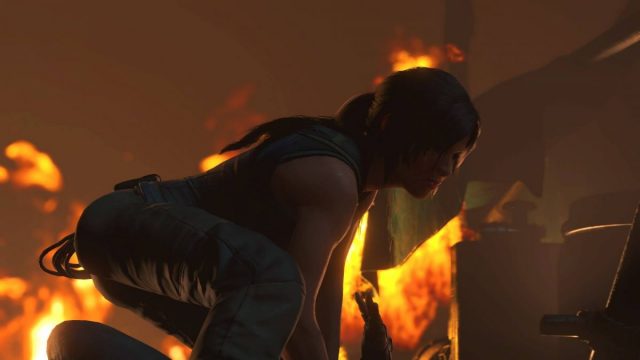 A world full of secrets, dangers, and a heroine that has grown to become a legend, there is plenty to like about the finale of this wonderful trilogy.

A powerful and fitting end to the beginning of Lara Croft’s legend.