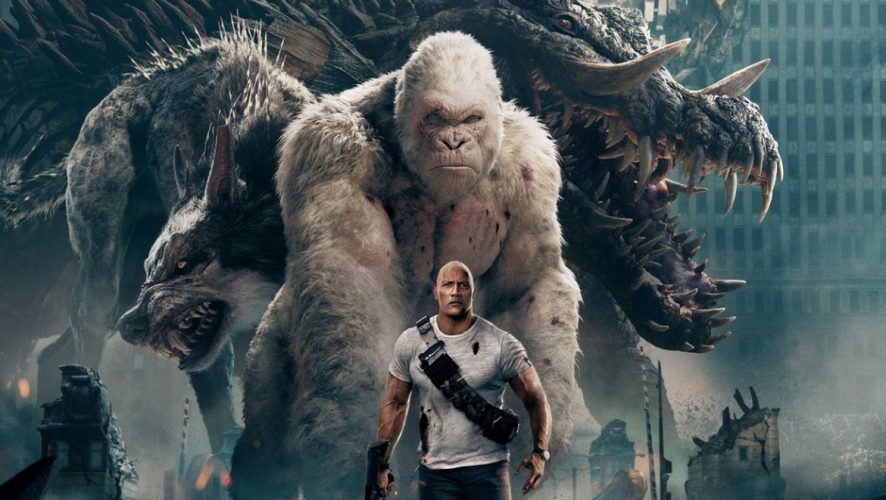 At one point in this monster movie, an aircraft comes crashing down from the sky. The protagonists played by Dwayne Johnson and Naomie Harries steps out relatively unscathed, and Harris exclaims: “I can’t believe we made it!”

If there is one thing you should leave at the door before watching this CGI extravaganza, it’d be your beliefs. With Johnson around, the semi-retired professional wrestler we affectionately know as The Rock, anything is possible. 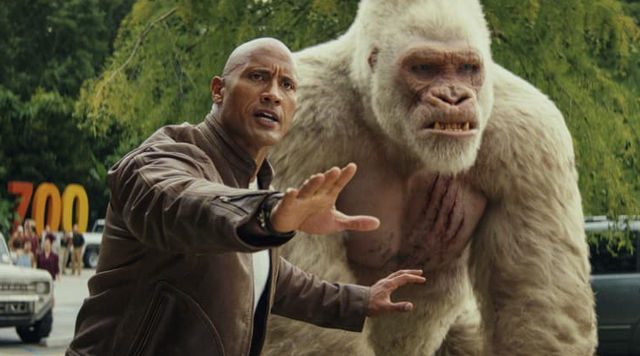 This time, the towering superstar is saving the world from genetically mutated creatures. Because Johnson is so immensely likable that he can take on any role, we have no complaints with his portrayal of a scientist specialising in the study of primates. His best friend is an albino silverback gorilla named George which becomes infected with a mysterious gas canister that falls from space. The gentle animal starts growing into an aggressive gigantic beast and kills a grizzly bear. To add on to the drama, the same dangerous poison is passed on to a grey wolf and a crocodile.

The result? Three scary, mutated creatures starting to wreak havoc, tearing down buildings and killing innocent passers-by who get in the way. 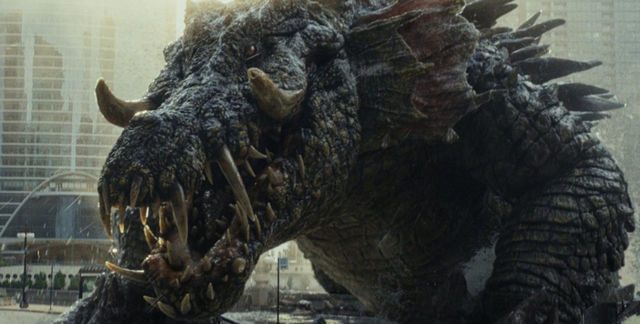 For geeks who spent countless hours on Rampage, the video game series this movie is based on will appreciate the action flick. As a player of the game, you choose a human who has been transformed into a giant monster and begins mindlessly destroying cities while avoiding police and military forces. As a viewer of the movie, all you need to do is enjoy the mindlessly-choreographed action sequences while gaping in awe whenever a creature smashes a building into powder.

The charismatic Johnson does what he does best – owning the movie with his screen presence. Can’t get through the other side of the door? He will kick it down for you. Can’t fly a helicopter? He will navigate the skies for you. Feeling down? He will crack a joke to make you feel better. What else can you ask for in a man? 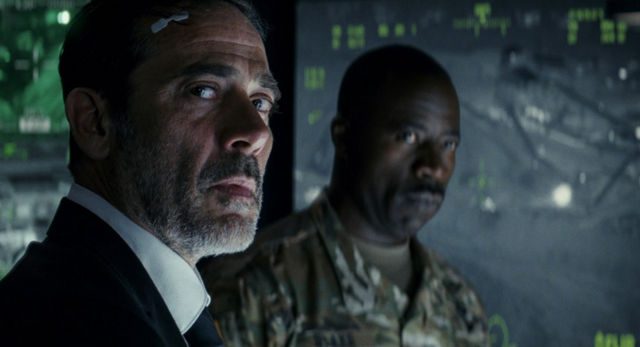 With all of Johnson’s charisma, there aren’t many things for the rest of the supporting cast to do. Harris (Moonlight) is a genetic scientist who was fired for upholding justice, Joe Manganiello (Magic Mike) is underused as the chief of a private military group, while Jeffrey Dean Morgan (TV’s The Walking Dead) maximizes his limited screen time by hamming it up as a government agent. Elsewhere, Malin Åkerman (Rock of Ages) and Jake Lacy (Love the Coopers) are your stereotyped corporate villains who want to make some quick bucks.

But we aren’t really here to watch out for Oscar-winning performances. The highlight of the 107-minute movie has to be the three monsters George, Ralph and Lizzie. The CGI is amazing on the big screen, and it is a true guilty pleasure watching the mutated animals flatten cities. The finale set in Chicago is one of the most impressive monster fights this writer has seen on the big screen for a while (too many Transformers and Jaegers just don’t cut it anymore), and like the video game, you just want the creatures to smash ‘em all.

Dwayne ‘The Rock’ Johnson may be a huge superstar, but the real draw of this campy action flick are the building-smashing monsters.