If there was a pill that could give you superpowers for five minutes – would you take it? And would you stop at one?

Project Power is Netflix’s latest sci-fi action film by Henry Joost and Ariel Schulman starring Jamie Foxx and Joseph Gordon-Levitt. The film sees the city of New Orleans impacted by the prevalence of the pill called ‘Power’, and how the three protagonists play a part in stopping power from further ruining the city.

A-List actor Jamie Foxx plays Art, aka ‘The Major’ and is a former soldier desperate to find Biggie (Rodrigo Santoro), the supplier of the pill. The Major strongly believes that his daughter was kidnapped by the people who created the pills and wouldn’t stop at nothing to get his daughter back. He’d driven from city to city, killed many and even went to the extent of kidnapping high schooler Robin (Dominique Fishback).

Which brings us to our second protagonist, Robin. She’s a 14-year old high schooler by day and a drug dealer of Power by night. For her, selling power was a means to earn money to pay for the medication and surgeries her sick mother needs. Dealing on the streets is never safe for a kid, which is why she has Officer Frank, the third protagonist, played by internet boyfriend Joseph Gordon-Levitt as her protector.

And Frank, well, frankly speaking isn’t that great of a cop. He’s stubborn, somewhat stuck up and takes the very pill he’s trying to stop from destroying his city. Frank also believes that Art is a supplier himself, and it all gets really complicated.

Project Power comes off as a mashup of Liam Neeson’s Taken and Will Smith’s Bad Boys. The concept of an on-street drug that gives you the ability to be a huge ball of flame, have super strength or be invincible is definitely an interesting factor to the storyline, but everything else is something we’ve seen before. In fact, the whole “I need to find my daughter” thing, is a bit of a cliche. Neeson overused it for three movies and heck, we even see Marlin from Finding Nemo do the same thing. And right now in a climate where cops are one of the most hated beings due to the many wrongful killings of Black folks in America, Gordon-Levitt’s portrayal of Frank whose morals blur between corrupted police officer and good American patriot, is not as well-received.

For a 2 hour movie, Project Power feels very short and condensed. Which serves as both a good and bad thing. Looking at it positively, it’s a movie that you can sit through without consciously thinking about how long it is. It’s fast paced and their action scenes come almost one after the other. It’s non-stop action that’ll keep you on your toes and excited to see more.

On the other hand, the movie also felt like it was missing something. Viewers may find themselves thinking “Wait, that’s it?” when the end credits come up on screen. Again, the concept of a drug that could give you a variation of powers is an interesting concept that’s original and unique. It would have felt more fulfilling to see other crazy superpowers on screen and to learn about the drug’s backstory in a more dramatic manner.

One of the film’s biggest revelations is why Art’s daughter was kidnapped in the first place. It was revealed in a one-liner delivered by Foxx whilst driving Fishback’s character Robin around town in a beat up truck. That said, we wish Project Power would’ve been a Netflix series instead of a film. We’re hungry for that power, we’re ready to devour.

All that aside, Project Power is visually stunning. The film often uses slo-mo effects to show the magnitude of the pill’s superpower and then packs a punch with it’s fast moving regular fighting scene that uses fists and guns. Art’s use of power at the end of the film puts the details in Rihanna’s Umbrella music video to shame.

The cast is commendable as well. Breakout star Dominique Fishback is infused with incredible talent like the ability to bring real raw emotion and then spit fire bars in rap scenes. Yes, she raps! We may not see Robin take the pill in the film, but we sure as hell know what her power is.

And ultimately, Foxx and Gordon-Levitt both don’t disappoint. The banter between the two is completely natural, almost as if they’ve acted and worked together multiple times. This is especially since Gordon-Levitt took 3 years off acting to focus on his start-up company. The two characters share a special one-on-one relationship with Robin and the love and care is apparent throughout the film. They both dabble as Robin’s fatherly figures, with Frank also doubling as Robin’s best friend. The protagonists are comfortable with each other, making witty remarks and looking after each other like family despite the contrast in their backgrounds and personalities. The chemistry is great and it feels like if there was no script at all, the scenes they had together would have played out just the same.

As a sci-fi and action film, Project Power does its best with the little it has. Its attempt to take a more political stance does not seem forced nor pretentious as well and these days, it seems impossible for a film to not be nuanced or affected by politics. That’s also not a bad thing, especially since Project Power does so in a way that is digestible.

Discourse of power – like how power is maintained by the already powerful, how power can be abused, and how it never goes to the people at the bottom of the societal food chain – are explicitly referenced in the script and subtly shown throughout the movie. It’s biggest take is on how systems are put in place to stunt the success of Black folks and low-income communities such as education systems that fail to critically engage its students and how poor healthcare infrastructures makes receiving medical attention an almost impossible task.

In all, Netflix’s Project Power is an easy and enjoyable watch that deserves the buzz it’s been gathering. It sets an interesting premise that we can only wish will be explored more in-depth in a TV series some time in the future. Netflix if you’re reading this – please consider this suggestion. Plus, who wouldn’t want more screen time of Foxx, Gordon-Levitt and Fishback together?

A powerful pill, deadly superpowers, a girl kidnapped, a killing machine, a 14-year old drug dealer and a cop – this is a sci-fi action film that you should consider on your Netflix list. 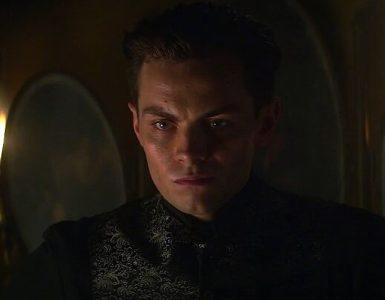 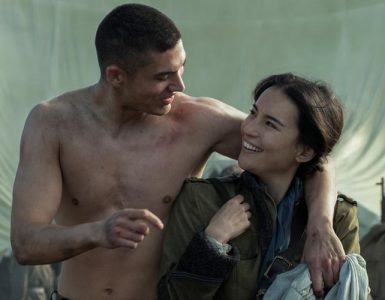 Geek Interview: Shadow and Bone’s Jessie Mei Li On Being Biracial And The Significance Of Having It In The Fantasy World

Orphans of Keramzin, together again.