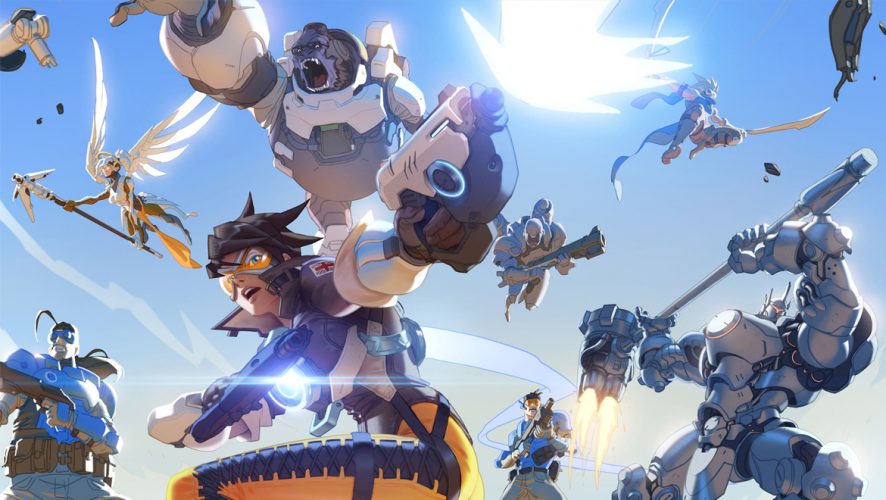 After over 50 hours or so with Overwatch, it has become obvious that Blizzard’s latest game has certainly lived up to my expectations. It makes me believe that I am in love with the FPS genre all over again, and I hope Overwatch never stops being fun.

Overwatch is a 6v6 multiplayer and objective-based shooter affair. Allay your fears, fellow shooter noobs; this is not a game that will shun you because you cannot get a headshot. Overwatch caters to players of all skills, provided you pick a role that suits your wheelhouse. Every member of the team is vital to winning, so if you cannot score headshots consistently, try out being a Tank like Reinhardt with his handy energy shield, or a Support like Zenyatta, healing allies and disrupting your enemies at the same time.

Overwatch is amazingly accessible simply because the skills required goes way beyond hitting your target. Every member of your team, from the healers to the tanks, matters, and what they do with their hero’s abilities will bring you victory or defeat.

Having high damage is a good thing, but without the right combination of Supports and Tanks, you might as well throw in the towel. Despite Overwatch’s seemingly sparse modes, custom options, and maps, Blizzard has managed to make the moment-to-moment gameplay so much more significant, with layers upon layers of tactical and strategic nuance embedded with its cast. This in itself is already a great boon for strategy-loving players, but combine that with fun shooting and often tightly contested matches, and you got yourself another gem in Blizzard’s collection. 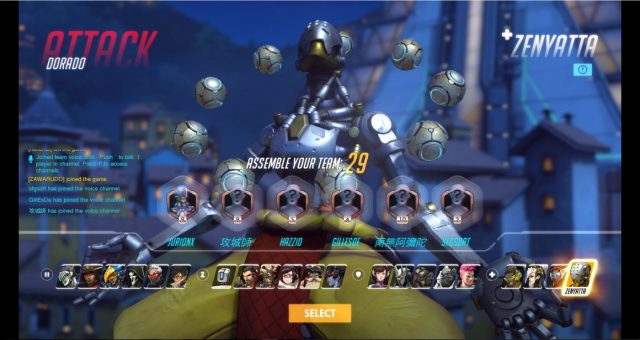 The main draw of Overwatch will always be the great ensemble of heroes to pick. From the moment you see the main menu, to fighting in the game, you are always surrounded by colourful aesthetics and simply awesome design of the heroes. Forming the four roles of Tanks, Defense, Offense, and Support, Blizzard manages to create an interesting group of heroes that has to be amongst my favourite of all time.

From the gigantic knight-like Reinhardt, with his hammer (Tank), the grenade spamming lunatic that is Junkrat (Defense), the battlefield angel, Mercy (Support) to the ever-cheerful Tracer (Offense), these characters are so different-looking but manage to appear fittingly in the gorgeous world of Overwatch. This is a credit to the designers of the game, as the finer details within the game, from the hair to the attire, looks like they belong. There is simply no lack of diversity, and you will find one that fits your style. 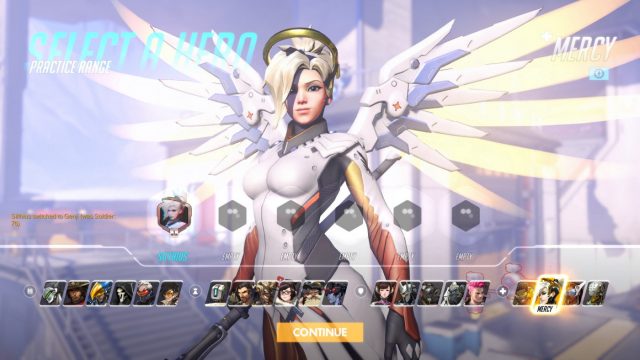 No character plays alike, even if they are in the same class, and that is where being a good team player often outshines the player with the biggest gun. The beauty of Overwatch is that no one team is the best team, forcing players to change up their composition to fit the situation, and finding the right person for the role. A team with all DPS would not last long against a balanced team who knows what they are doing at least on the quick play level. Look deeper and Overwatch reveals so much tactical depth and wonderful design that it made me dizzy with glee. This is a shooter, yes, but it is very much a thinking man’s shooter.

And never for one second think that holding down that left mouse button will score you kill after kill. No one skill in the roster of 21 characters is the best skill, they are useful when used in the right situation, and every character has their hard counters (eg Genji’s Deflect ability against those pesky Bastions!) 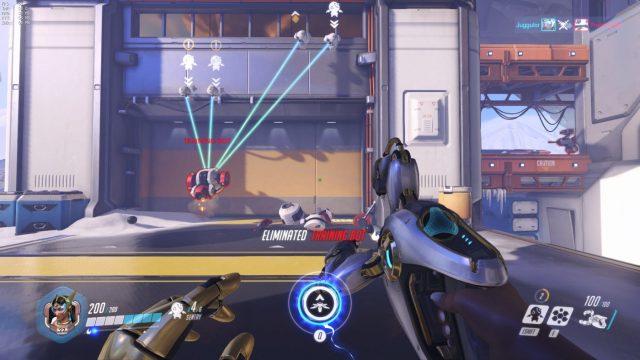 For example, take Symmetra, a Support class. She has a weak beam-like primary weapon that deals higher damage the longer it’s on an enemy and alternate fire of a concentrated energy ball. The rest of her repertoire consists of giving a small boost of armor to a teammate, the ability to place up to six small turrets and an ultimate skill that places a teleporter.

On the surface, she should not be much of an issue, but when you have a good Symmetra on your team, it means you have turrets that can warn you of incoming foes, slow them down, and even kill/delay unsuspecting opponents. And all this while gaining momentum for her ultimate ability to charge. Now follow that up with a teleporter behind enemy lines, and the opposition will be facing overwhelming odds.

Now just imagine 12 players, all having mastered their characters of choice, and we are no longer talking about a colourful shooter, but a strategic and thoughtful joust between strategists. 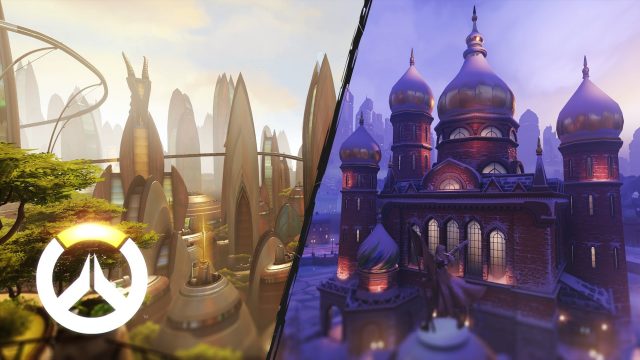 With 12 ridiculously detailed maps, Overwatch manages to add more depth to the gameplay and more options for players. Escort maps like Route 66 and Hollywood give way to high platforms that are just begging for fliers and ambushes, while Hanamura might require the skills of Torbjorn and Symmetra with their turrets, or the maneuverability of Genji and Widowmaker to flank.

Now, not only does your team have to be balanced, you have to consider if certain characters work for the particular map. Every map in Overwatch is tied to certain game types, and are certainly well-designed for that, with clear paths and obvious choke points, so you are never too far from the action. The downside is that you have little to choose from, and only specific maps are for specific game types, namely Control, Escort, Assault and Hybrid (Assault + Escort).

The maps, however, are not just fun to play in as they also do a great job of environmental storytelling, by fleshing out the backstory of the cast and Blizzard’s history. Posters reveal that D.Va is not just a badass mech-piloting pilot, but also the movie star, Hana Song! Missing the Lost Vikings? You might just find an arcade machine for that! It’s these little touches that go a long way in building the world of a game, and Overwatch is just perfect in that regard.

Overwatch is a fun game to pick and play. The accessibility of the game is second to none. Every hero is easy to use, yet hard to master. Once you get the hang of it, however, that’s where having a proper team will be your priority. Getting routed and overwhelmed by a team working well together will eventually get frustrating, and when your allies are competing to be the archetypal Offense/Defense, and no one picks the less fancied roles of Supports and Tanks, you are going to have a bad time. 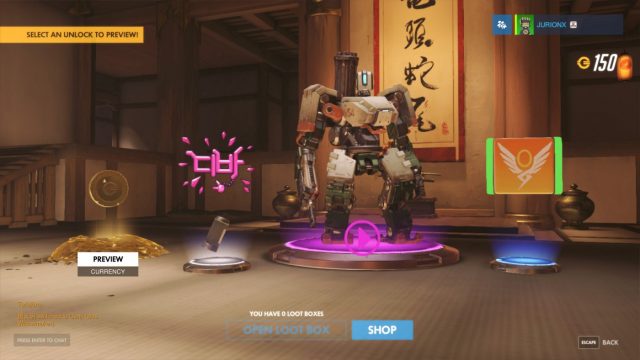 The reward for playing and levelling up comes in the form of Loot Boxes, where you can potentially obtain new graffiti sprays, skins, voice lines and highlight intros. These come at a decent enough pace, at the beginning at least, but may slow down to a crawl as you progress deeper into the game. This can be a turnoff, and hopefully, we get more content to spice up our journey throughout Overwatch. You can also buy Loot Boxes with microtransactions but there is no pay-to-win here, so unless you are hankering after more unlockables, the flow of Loot Boxes should suffice.

On a side note, having non-game changing microtransactions in the game is good. I am certain Blizzard will be amping up the content for Overwatch in the months to come, to justify the potential money from Loot Boxes.

In a genre rife with tired ideas and disastrous mashups, Overwatch is an incredible milestone, in terms of a hybrid genre, since Team Fortress 2. While it may not have the robustness of FPS mainstays like Halo and Call of Duty in maps and modes at launch, Overwatch more than makes up for it with its gorgeous design, balanced characters, and a deep strategic layer. Matchmaking is simple and swift, and a shout-out should be given to the extremely customizable per-character control mapping and stat-tracking. Get into the game, and feel the joy of Overwatch’s warm embrace!

Overwatch is a wonderfully deep and strategic game, masquerading as a colourfully designed shooter. It might be the new kid on the block, but it has already claimed the throne for itself.

Drama on the track, exactly what we need.