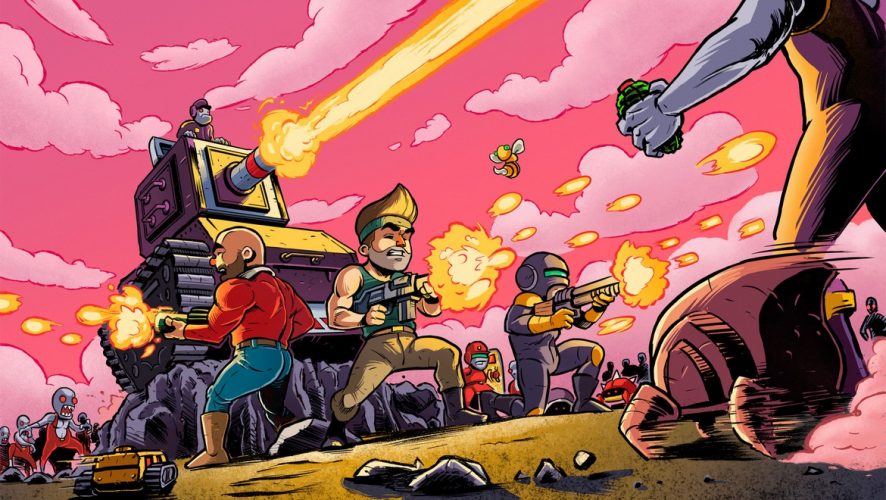 The Metroidvania genre has always been a popular one, but not many have managed to follow in the footsteps of the classics. The latest from developers Woblyware, Omega Strike, is definitely headed in the right direction, but comes short when it really matters. 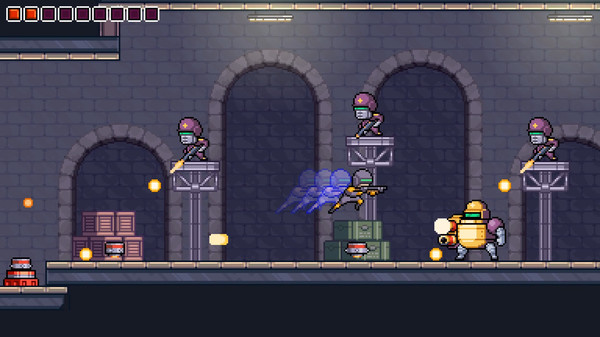 Right off the bat, the retro visuals and graphics are already a big plus. While they are not stunningly beautiful or detailed like with Castlevania: Symphony of The Night, they make for some pretty decent pixel graphics. The soundtrack of chiptunes certainly matches the feel Omega Strike is going for, but they lack the substance to be earworm-worthy.

Following the formula to the tee, Omega Strike starts you off with the full roster of three characters, Sarge, Dex, and Bear, each with their own weapons and abilities. Finish off the first boss in your way, and all you are left with is Sarge, removing the other two from play for quite a significant amount of time.

While that certainly serves the game’s purpose of gating and directing players down a set path, the pacing could have been snappier, and not make Sarge feel like an annoyance rather than an option. 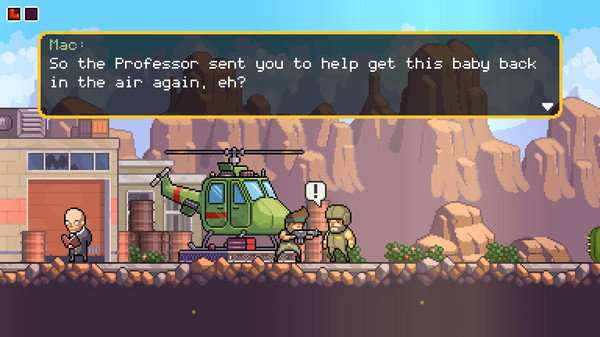 As you begin to take the fight to Dr Omega and his mutant army, traversing through jungles, mountains, factories, and the like, you will come upon blocked off areas, huge boulders, and heights that are unreachable until the team gets back together.

Sarge packs a dodge roll, Dex can double jump, and Bear, with his brute strength, can move boulders. Switching around the three is a novel idea, but the solution to much of the game’s platforming can be overcome just by using Dex’s agility, and his other companions easily fall to the wayside. 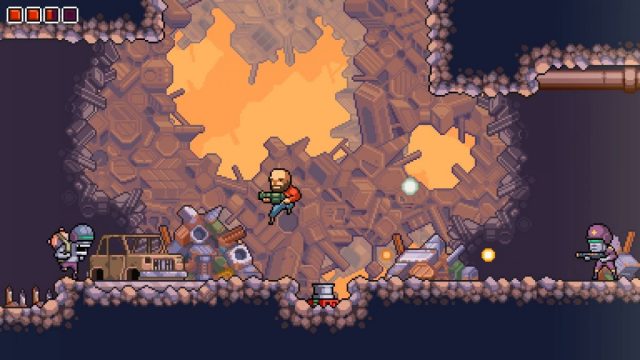 The enemies that you will face are largely uninspired as well. The nondescript mutant soldiers may pack different armaments, but they offer little challenge, with the other variety of enemies can only hold the attention for so long. Other games have done the same trick, but much more stylishly and efficiently.

At least the bosses offer a little more resistance, and shake up the usual routine of shooting until they are dead. Yet, remembering patterns, simple ones at that, is not going to challenge the more experienced gamers.

For a Metroidvania, the map in Omega Strike definitely is poorly designed and implemented. It is too minuscule, hard to read, and certainly not helpful to players looking for destructible walls or certain paths and exits. A simple colour coding or marking would have gone a long way. 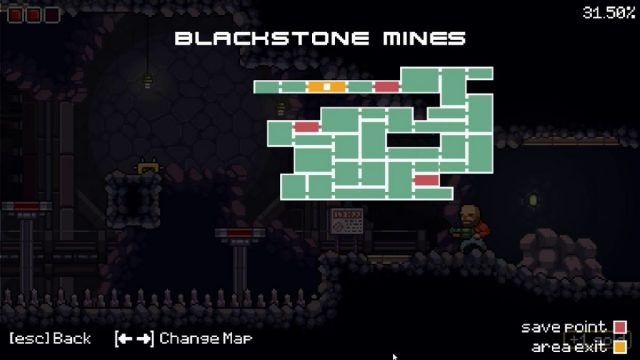 There is also an upgrade system that runs on an economy of gold that can found in secret chests, on dead enemies, and mysterious cubes that can combine to increase your life capacity. However, weapon upgrades are not exactly necessary, but only serve to shorten the game even more. 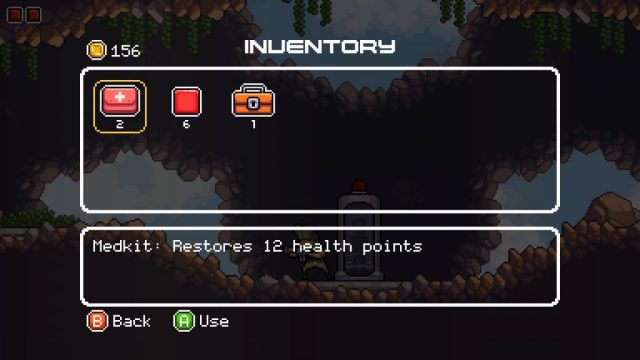 For a 5-6 hour experience, Omega Strike is not exactly the worst Metroidvania game you will ever play, and it is certainly an affordable and enjoyable title if you are not looking for something substantial. Woblyware’s latest gives players tight controls, decent platforming, uninspired enemies, and a smallish world that can be easily completed by everyone.

While it is a decent Metroidvania wannabe, Omega Strike offers little else that can surprise.