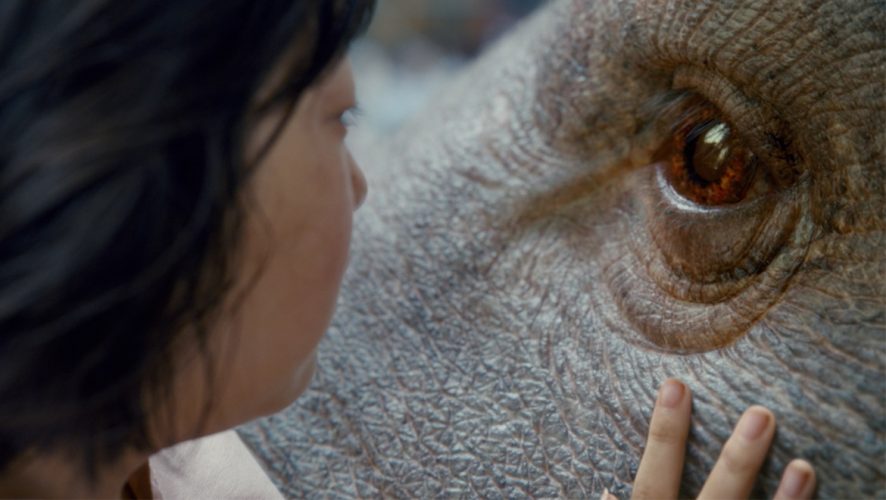 Bong Joon-Ho returns for Okja, a two-hour whimsical fable about the love of a young farm girl and her genetically engineered super pig.

Bong first hit the world wide attention with The Host, a science fiction, horror, action packed monster film about a city combating a monster infestation. Then it was Snowpiercer, a dystopian, socio-satirical action-thriller on an unstopping speeding train perpetually hurtling along through a future blizzard-stricken world.

With Okja, a Netflix exclusive, Bong again offers a film that splices a variety of genres together, threaded with a through line of satire and farce, which certainly gives it an air of originality, while at the same time being infuriating in it’s constant flitting through genre tones. 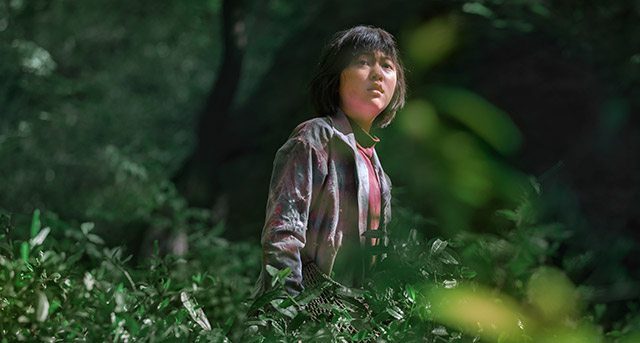 It is the near future and global markets are running low on food. Mirando, a representation of the agricultural GMOs of the here and now, are embarking on a campaign of changing their corporate image from what was an insidious past to a more friendly and environmentally friendly future. Part of that initiative involves them offering an adoption incentive to 26 farms around the world of their super pigs, which they claim were bred via selective process from an original Chilean specimen.

For them, life is a series of rollicking rambles through the beautiful countryside delighting in the friendship of one another. 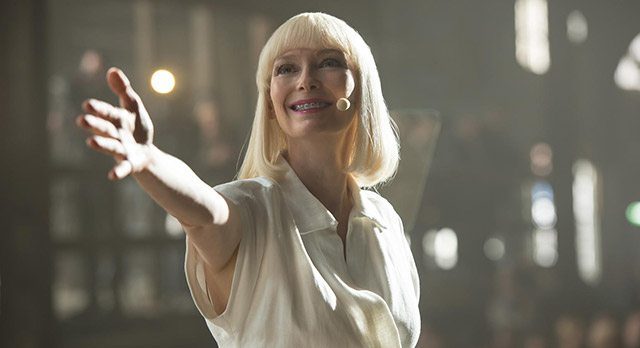 The situation takes a dramatic turn when the Mirando corporation comes to retrieve it’s investment, and Okja is taken to a public relations event in America. Mija, understandably distressed from the abduction of her friend, embarks on a journey to retrieve her porcine companion, and this sojourn makes up the bulk of this two hour presentation.

The movie on the whole is a series of comic hijinks that follow Mija and Okja through their efforts to reunite , with two factions that meet them along the way.

On one end, the Mirando corporation, led by the returning Bong Joon-Ho favourite of Tilda Swinton, who is once again operating on a level of quirk and zaniness on par of that with her portrayal in Snowpiercer. She is surrounded by a bunch of corporate lackeys each with personality quirks of their own, particular mention must be made to acting titans like Giancarlo Espositio (Gus Frings in Breaking Bad) and Jake Gyllenhaal (that weirdo reporter in Nightcrawler). Gyllenhaal especially, is swinging for the fences with his completely over the top Richard Simmons-meets- Jack Hanna portrayal of a documentarian turned corporate shill. 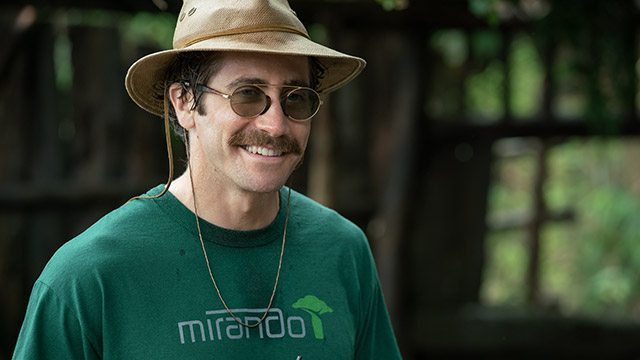 On the other end, working mostly in favour with our protagonists, are the peace-loving anarchists (irony duly noted) of the Animal Liberation Front, or the ALF. The star names are also as liberally sprinkled on this side of the fence with Paul Dano (There Will Be Blood) , Lily Collins (The Blind Side) and Steven Yeun (The Walking Dead, sans popping eyeball) with these radicalised anarchists waging a game of cat and mouse to wrench Okja from her captors for agendas of their own.

Okja is overall, an entertaining romp with whimsy being the main ingredient in it’s DNA. That said there are a couple of what was in my opinion, misjudged attempts to shift tones for much more distressing territory in the way of “Watership Down” or George Orwell’s “Animal Farm”. I could see the arguments of why the film would move that way in terms of mood but felt it was nonetheless all too jarring with the lighter stuff presented before. 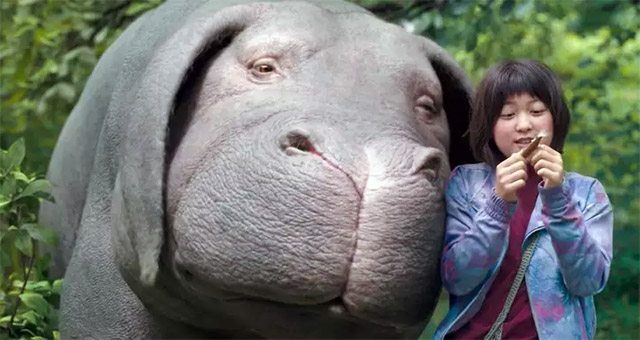 All that said, the movie is still relatively disposable, fun entertainment with enough in it stylistically and narratively to come across fresher than a lot of other cookie cutter, plainly boring stuff out there. I would personally suggest not to have children too young watch it in lieu of the movie developments in the last third of the film as it could be upsetting to them.

And on a personal note, tangentially linked to the movie premise, I would not be able to bring myself to wolf down a steak that came off a hippopotamus. Maybe I’m a bigot.

Part Charlotte’s Web, The Last Guardian, Wes Anderson and Run Lola Run, Okja certainly carries messages under the surface about corporate greed, the meat industry and the power of social media. But it’s light enough that you can choose to hurl it out the window and just ogle the ugly cute Hippo-Pig and Gyllenhaal being utterly bananas.