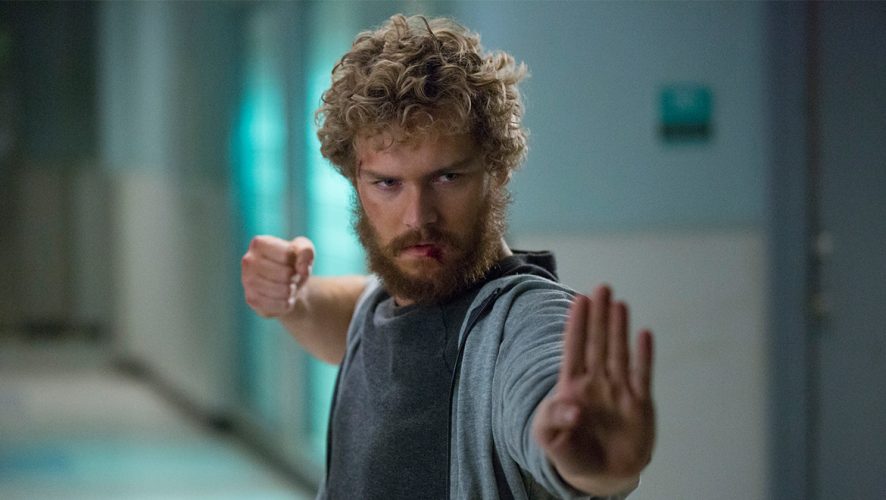 And don’t even start on the whole, “White man teaching us about chi and Chinese culture” thing. Get out of here before I punch you in the face, Danny. 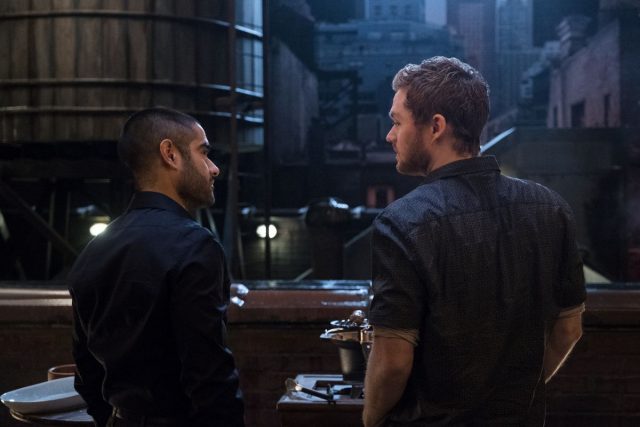 But despite all the critical drubbing, Season 1 was not such a flop that the fan favourite character didn’t get a second season. Marvel’s Iron Fist Season 2 premieres on Netflix on September 7, 2018, and we were fortunate enough to watch the first six episodes of the new season.

To recap, Iron Fist is the story of Danny Rand (Finn Jones), the son of billionaire and co-founder of Rand enterprises, Wendell Rand. Presumed dead for 15 years, he returned to New York City to claim his birthright as the rightful owner of Rand Enterprises. Where has he been all this time? Adopted and trained by the monks of K’un-Lun in the ways of the warrior, with the heart of an immortal dragon as the source of his power.

Season 1 followed Danny’s story as he not only tried to reclaim his family’s legacy from his childhood friend but also fight off the threat to his Iron Fist name. Meanwhile, most of us were trying to fight to dreadful bore from watching all 13 episodes.

The final scene of the first season was of Danny and girlfriend Colleen Wing (Jessica Hardwick) climbing the mountains to reach K’un-Lun, only to find the dead bodies of members of The Hand. Oh, and K’un-Lun has mysteriously disappeared.

The second season follows his story as he struggles with losing K’un-Lun, as well as protecting the city in the absence of Matt Murdock (Charlie Cox), after the events of The Defenders. 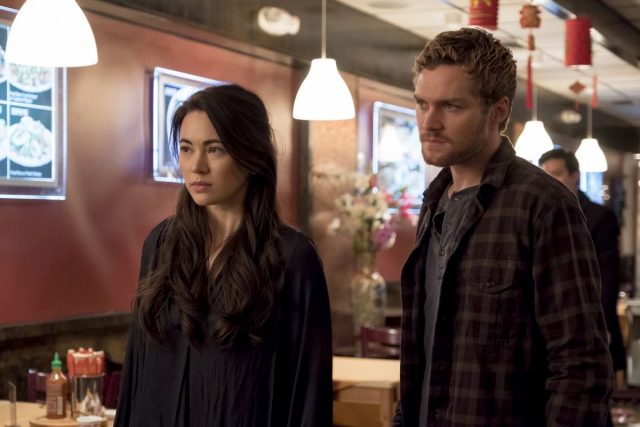 There have been rumblings that Netflix and Marvel Comics were aiming to raise the bar in this season, given the less than stellar response to the first one. We were hopeful, but alas, it did not start off better. There were some decent scenes like the grand entrance of Joy Meachum back into Danny’s life. Nothing like a woman making a comeback to destroy some men with a new haircut. Other than that, there’s nothing that really grabbed your attention during the first couple of episodes.

It feels like the showrunners are trying to set the stage without revealing too much, but it ended up not showing enough at all, making it really draggy. And of course, they needed to show how this is set after The Defenders, so they had to clear that up as well. That’s way too much exposition.

Like a kung fu master attacking the atmosphere, it was just aimless Danny running around New York beating up gangsters and saving people from being mugged. That’s great and all, but that’s not what we expect from a Marvel Netflix show.

We saw in the last season that his relationship with fellow disciple, Davos (Sacha Dhawan), did not end on a good note. Davos felt betrayed when Danny left K’un-Lun. In his last scene in Season 1, he seemed so intent on destroying Danny, just like how Danny destroyed K’un-Lun and Davos’ trust. It’s not immediately clear what he is trying to do at the beginning of season 2, just that he was making some shady deals with mobsters and art dealers, with Joy Meachum (Jessica Stroup) by his side. 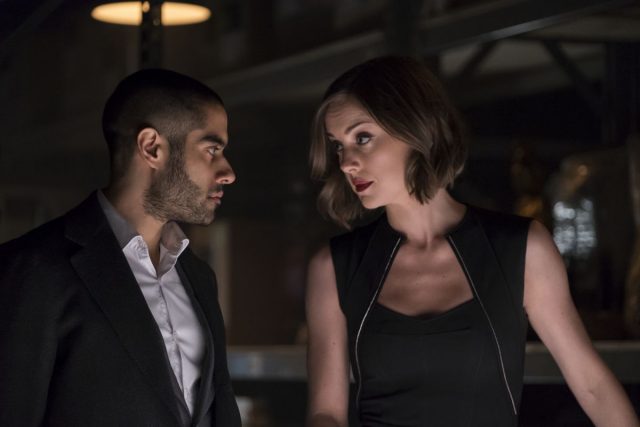 But what is clear is that Davos is more than just a mere side character. He’s a force that Danny will eventually have to deal with. Now that they’re the only two people who’ve ever been to K’un-Lun, will they get over their differences, or will they battle it out? The answer is, which one makes better TV? (The correct answer is the fighting one.)

Though slow at first, things finally picked up when Davos’ real intention was revealed, because with that reveal came several other reveals that were intriguing, to say the least.

In the comic books, Davos is constantly trying to steal the Iron Fist power, as he believes that he is the rightful heir of the title. Born and raised in K’un-Lun, he believes that an outsider like Danny Rand should not be able to wield the title of Iron Fist. Davos felt cheated and spends his whole life going after Danny and his Iron Fist title.

Davos in the Netflix show has similar goals, but slightly different reasonings. Davos has a twisted morality and thinks everything is in black and white, that he’s right and everyone else that doesn’t agree with him is wrong. In a way, it’s understandable where he’s coming from, but in another way, he’s just completely nuts. They also showed the history behind not only Danny, but also Davos and their friendship in K’un-Lun. Davos’ view on their relationship is certainly very different from how Danny views it.

Meanwhile, the relation viewers have with this show is also different from how Netflix sees it… 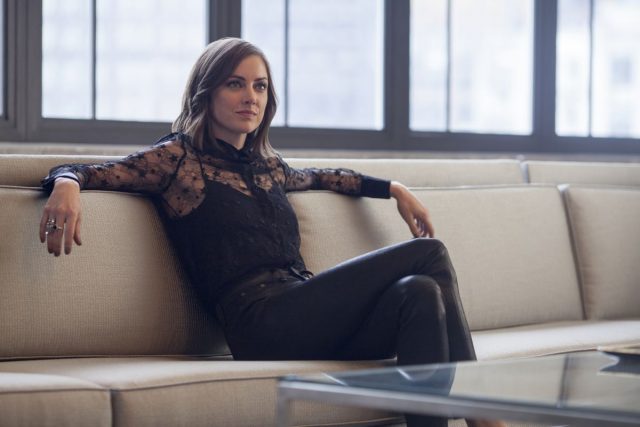 The highlight of this season, though, are the women, especially Joy Meachum and “Typhoid Mary” Walker (Alice Eve). At the end of season 1, Davos talked to Joy about how Danny ruined her life. “Isn’t it true that your world fell apart after he returned?” Those are the words Davos said to Joy, and she believes it. She’s back and wants what she thinks she deserves, even if it means destroying her childhood friend in the process. Maybe even especially if it destroys her childhood friend, Danny.

Because she doesn’t have powers, Joy’s way of getting revenge was through politics and manipulations, which is sometimes a better way of ruining someone than physically beating them up. It certainly works for Joy.

Alice Eve as Typhoid Mary is definitely the best performance of this show. For context, Typhoid Mary in the comics is a villain with dissociative personality disorder. She has three personalities, Mary, Typhoid, and Bloody Mary. Mary is quiet and a pacifist, Typhoid is lustful and vicious, while Bloody Mary is merciless and a misandrist. She has limited psionic power and can use telekinesis to levitate small objects over short distances. 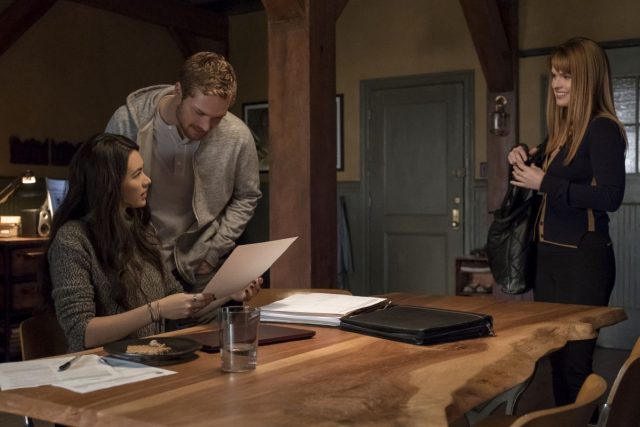 Mary Walker in the Netflix show isn’t quite like her comic book counterpart, but she wouldn’t be Typhoid Mary if she didn’t have multiple personalities. Alice Eve brilliantly portrays the different personalities, with changes in her voice, shifts in posture, heck, even the look in her eyes are different, depending on which personality she is playing. Is she actually a brilliant actor or does she just shine amongst all the other actors? Probably a little bit of both. It’s certainly a breath of fresh air to see some good acting after all of that mess in season 1.

On the note of great women characters, for a show led by a white man, there are at least two fight scenes that involved only women, in which at least half the women involved are women of colour. Hell yeah for inclusivity.

Those are the good things about the show, but sadly, the show is not that much better than the first. Though the fight choreography is better, it’s still not amazing. Danny is really boring in comparison to everyone else, and he’s supposed to be the main character. This “rich boy came back from the dead” plot is also still not working as Danny is not relatable and is really impulsive, making it hard to sympathize with him.

Danny and Colleen still don’t have a lot of chemistry going on as a couple either. There are way too many date night scenes that were really just blah. Colleen is far better outside of her relationship with Danny. Give her more screen time with Misty Knight (Simone Missick) instead! 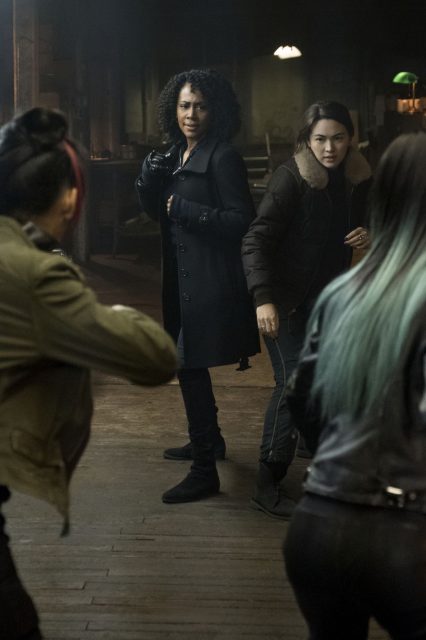 This might seem like nitpicking, but why does Davos have a British accent? Because he’s the villain and the villains always have to have a British accent? Yes, K’un-Lun is a fictional place, but what we do know of this fictional place is that it did not exist in England. It’s especially disheartening when we know Mustafa Shakir adopted a Jamaican accent to stay true to Bushmaster’s background in Luke Cage, or after the news that Chadwick Boseman had to fight to have the people of Wakanda speak in an African accent instead of a British one in Black Panther.

Overall, Iron Fist seemed to have learned a little from what the critics and fans were saying about the first season, but it still repeats some of the mistakes here. Yes, it’s slightly more watchable than the first one, but that’s like saying getting punched in the face is more enjoyable than getting kicked in the groin.

The second season of Iron Fist is better than the first one, but don’t expect too much out of it. It’s got a few great moments, especially after getting through the slog of the first couple episodes.