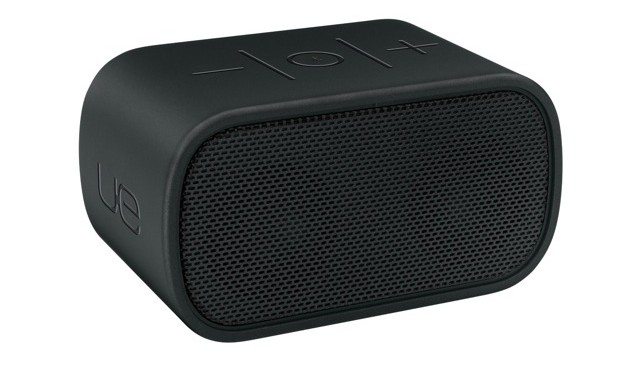 I’ve been a long fan of the Jawbone Jambox and in fact it has been my go-to device when my friends ask for a recommendation for a mobile speaker.

However, for the past few weeks I’ve had the opportunity to give the Logitech UE Mobile Boombox a spin. Coming from the Jambox, I found that the actual UE Boombox was a tad underwhelming at first glance.

Firstly, I was not a real fan of the rubberized shell surrounding the actual speaker. It reminded me of certain gaming mice that tend to get really sticky after a long period of extended use. The volume control buttons would be the next peeve that I have with this speaker. The buttons are lacking tactile response and did not translate a premium build quality when they were depressed.

But these physical aspects are not what you should be looking out for ultimately in a speaker, right?

If you are looking for a speaker that has solid battery life, small form and, most importantly, quality sound, this is the speaker you should be looking at.

The sound quality that this minute wonder cranks out is amazing for its size. To go all geek speak on you, the Boombox puts out 78dB of sound from two one-inch drivers, any more louder and you could start damaging your hearing at 85db. However, I found that the Boombox did better at lower volume levels. On a scale of 1-10, the sounds at the 6th to 7th volume level delivered crisp audio, perfect for the office desk and personal hearing pleasure.

First impressions really do matter but amazingly after an extended use, I can safely say that Logitech is bringing the fight to Jawbone. And the best part of it all would be the price point. Not only is the Mobile Boombox cheaper than the Jambox, the sound quality between the two is comparable. In terms of a blind test, I’m pretty sure the regular joe would not be able to tell the two apart.

The Logitech UE Mobile Boombox has been out in the market for quite some time now and while this review might be late to the party, this would be a good reminder to look out for it as we head into year-end sales. Be sure to put it down on your checklist during Black Friday!

The Logitech UE Mobile Boombox is the top of its class.