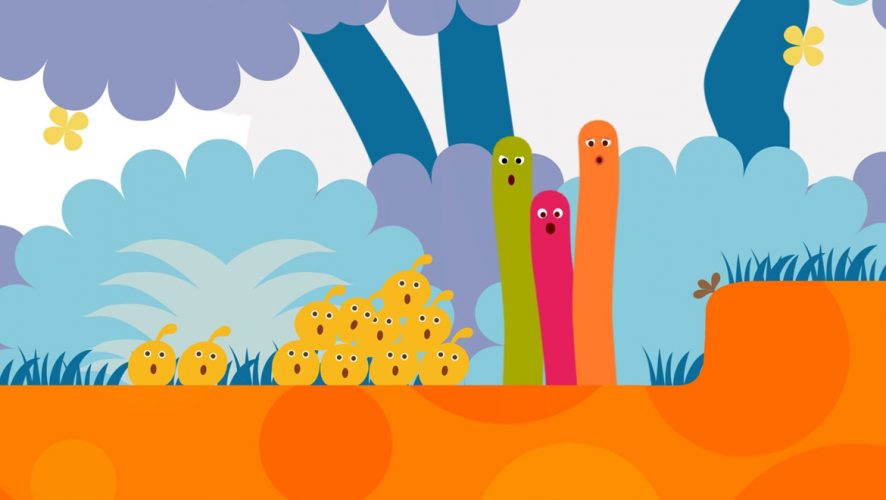 Ridiculously cute globs combine with some pretty fun and interesting platforming for one of the most kawaii games originally on the now-defunct PSP. Lucky for us all then that Sony decided to port the game to the PS4 in native 4K resolution!

LocoRoco is a game about little globs of jelly who roll around 40 different levels, eating fruit and growing bigger while avoiding or smacking whatever obstacles are thrown at them. The game handles exactly the same way it did on the PSP: you use the shoulder buttons to tilt the world and roll your LocoRoco left or right. You need to hold both shoulder buttons down and then let go to make it jump (though I would have very much preferred the jump action be mapped to a face button, but no game is perfect), and eat various berries to make the LocoRoco bigger and bigger. Once you’ve eaten at least one berry, you can press O to make the LocoRoco split up into smaller LocoRocos equal to the number of berries its eaten (holding down O will merge the little LocoRocos back together to form the big LocoRoco). 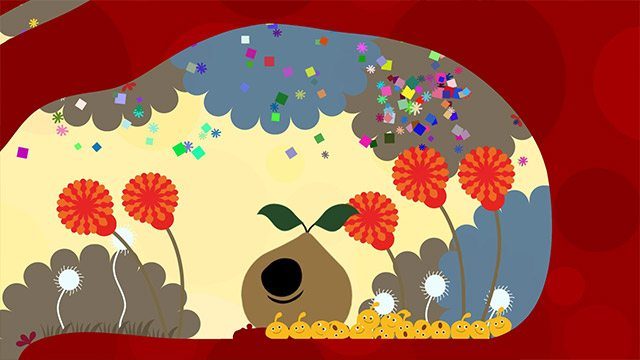 The levels are fairly linear (simply get from point A to point B), but there is enough variety in both environment (more on this later) and gameplay so that it never feels repetitive. Your main actions will always be tilting, jumping, and splitting up and reforming to eat those berries, but because you will be doing these actions over flowers, through spinners, on clouds, inside trees, etc., it will continue to feel fresh and new.

The levels you play through mostly natural locations: plains, inside large trees, snowy landscapes, underwater, deserts, inside a giant frog, etc. Every level has various hidden locations that you can reach by jumping, breaking through thin barriers, or stumbling into previously opaque areas. In these hidden areas you can usually find Mui Muis, humanoid-shaped creatures that gift you with pieces to add to your Loco House. And of course each level is amazingly cute! Every level is painted with super bright colors and soft shapes that make the game a visual feast and a joy to play.

But the overall cuteness of the game comes mostly from the amazing music. Apparently, game designer Tsutomu Kouno decided to also create a LocoRoco language that is used as the vocals on all the music in the game (composed by Nobuyuki Shimizu and Kemmei Adachi). The end result is an adorable language that sounds like baby gibberish over Japanese pop melodies. My favourite song has to be the one your split-up LocoRocos sing to wake up various creatures in the environments to receive Mui Muis or unlock doors. 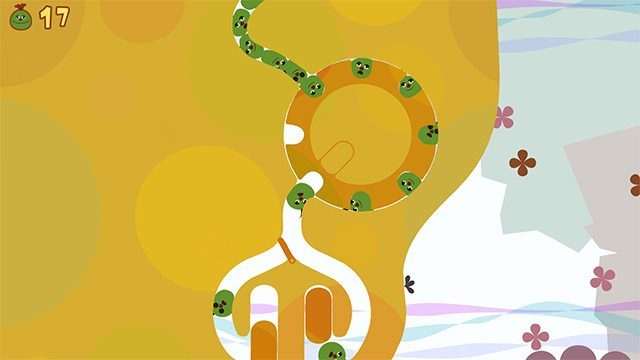 There are also two extra mini games: the Mui Mui Game and the Loco House. The Mui Mui Game is like the claw games you find in most arcades nowadays, and just as frustrating. You will try to pick up various LocoRoco or house pieces only to fail most of the time. The Loco House let’s you build and customise a house for your LocoRoco with various pieces you’ve won in the levels you’ve played through by finding the hidden Mui Mui, or by playing that infernal Mui Mui Game and getting incredibly lucky.

LocoRoco remains one of the most fun and strange games Sony has ever created, buoyed by its fun platforming, fantastic visuals, and adorable music.

LocoRoco on the PS4 is just as fun and adorable as the original PSP version, only now you can play it on a larger screen in your living room, and turn up that infectious music at full blast.