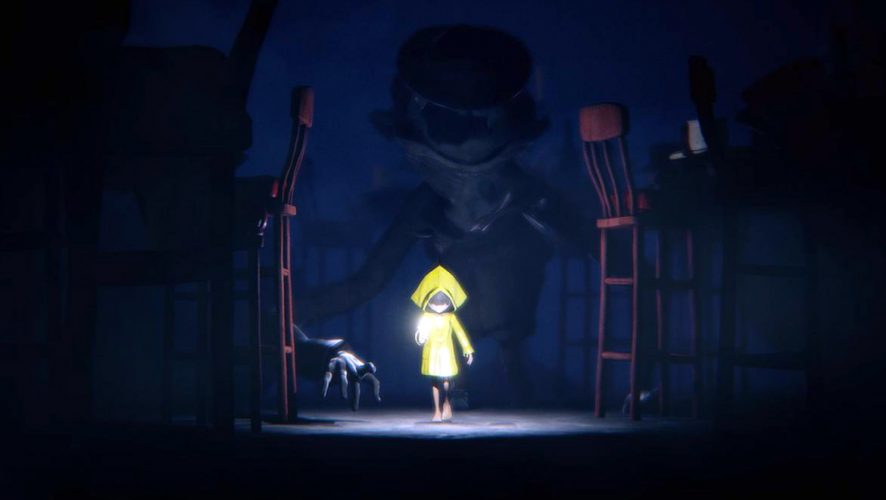 What do you get when you cross Super Mario Bros. with sadness and despair? You get a Tarsier Studios’ newest platformer Little Nightmares, a short game that features some great atmosphere, but fairly repetitive gameplay.

Little Nightmares isn’t a bad game, by any stretch of the imagination. It’s fun platformer in which you run, jump, and swing your way across the 2.5D world of an old-timey steam ship. There are many environmental puzzles to solve in order to progress, and these usually involve pulling or pushing something to the right place in order to reach a hard-to-access area, or finding a hidden key somewhere to open a locked door. There are even a few collectibles to nab as the nameless tiny protagonist in a raincoat makes her way through the ship. Pretty standard platformer fare, and it can get repetitive fairly quickly (an even greater sin in a 2-hour-long game). 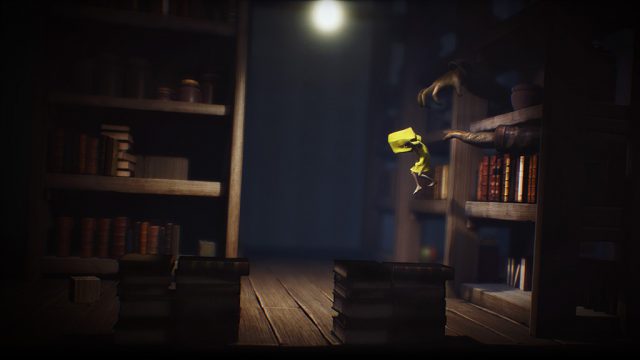 However, punctuating our running, jumping, swinging, and moving are – for lack of a better term – area bosses. The second through fifth levels all feature some kind of creepy giants chasing trying to capture, sometimes turning your platforming into a bit of a stealth-based mission, or into a timed-event in which your button mashing needs to be on point to progress.

Speaking of creepy, this whole game is pretty dang creepy. It’s not going to scare you like Resident Evil or Silent Hill, but it will unnerve you (that said, there was at least one part where my wife and I simultaneously screamed). 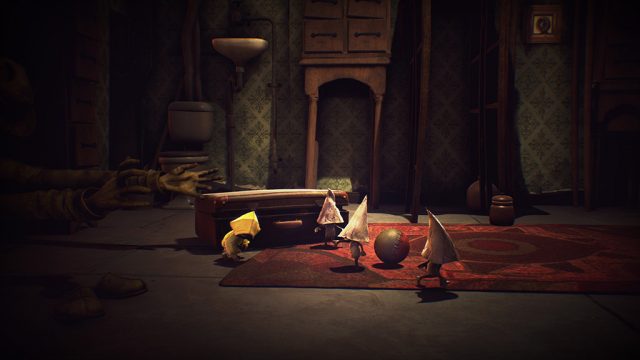 The creepy giants that chase you around the ship are all disproportioned creatures with too-long arms, too-fat necks, or faces that seem more like masks than actual faces. And you know any game that features a suicide hanging from the rafters in the third or fourth room at the very beginning of the game isn’t going to be sunshine and rainbows. And it only gets darker from there, in really every way you can imagine. I don’t want to say too much for fear of spoilers, but man, Nietzsche wasn’t wrong.

The atmosphere of the whole game is really helped by top-notch audio and visuals. The art and animation in this game is amazing, and carries most of the feeling of dread and oppression, but every piece of music and every sound effect only adds to that pervasive anxiety. From the creaking of the ship, to the rat squeaks, to the understated, haunting score that speeds up and crescendos when the tiny girl in the raincoat faces and escapes imminent danger, every sound is perfectly placed. 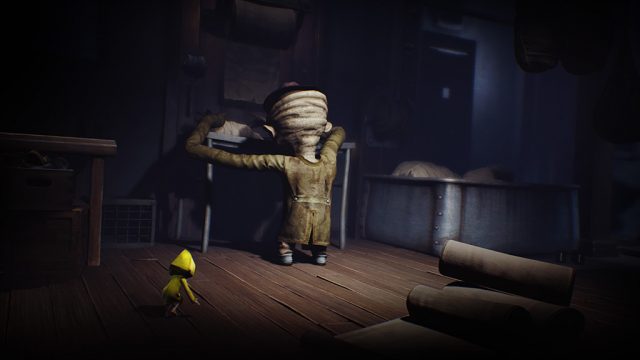 Probably the best design choice in this game, however, is the rocking of the ship on the waves. It bobs back and forth, and your screen tilts forward and backward with every wave, occasionally affecting the gameplay, but mostly just reminding you that even if the tiny girl escapes the bowels of the ship, she’s still stuck somewhere in the middle of a great ocean.

Little Nightmares is an entertaining 2-hour diversion (more with subsequent playthroughs as you try to collect hugs and figurines) that is hampered slightly by its more game-like qualities. This game would probably work better as an interactive novel instead of a platformer, but it was nevertheless still pretty fun.

Little Nightmares is a short, fun-enough game that is unlikely to give you any actual nightmares (though some horrifying scenes may replay in your mind for days on end). It will unnerve you for at least as long as it takes you to finish running and jumping through the ship, though.