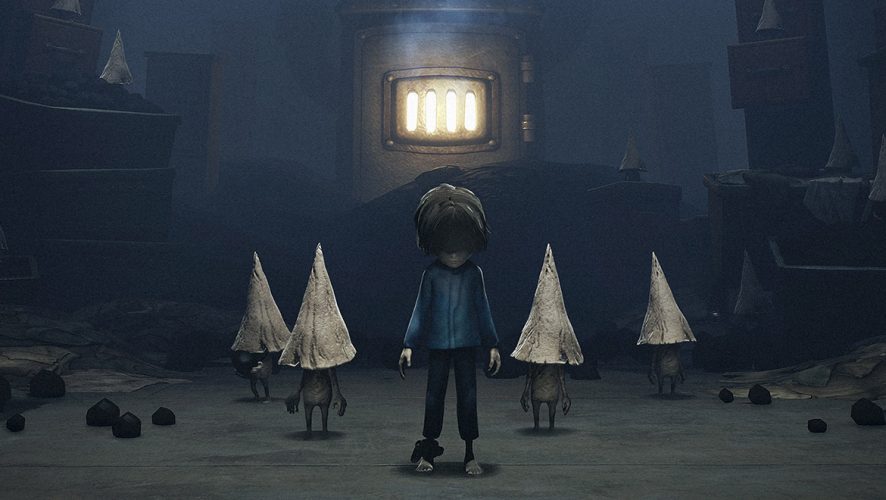 Geek Review: Little Nightmares – The Secrets of the Maw: The Hideaway DLC

The second episode of Tarsier Studios’ Little Nightmares DLC came out a week ago. This one is called The Hideaway and good news, it features the same pyjamaed boy from The Depths.

If you remember the end of the previous DLC episode, the little boy was captured by that blind long-armed fellow from the main game and stuck in a cage. At the beginning of this episode, the little boy is inside one of the many burlap sacks that are being carted around the ship. He rips it open from the inside and makes his escape. Mostly by falling down and landing on a relatively soft pile of coal (relative to the metal of the ship, that is). He’s surrounded by a bunch of those white-hatted gnomes, who quickly run away once he stirs and stands up. 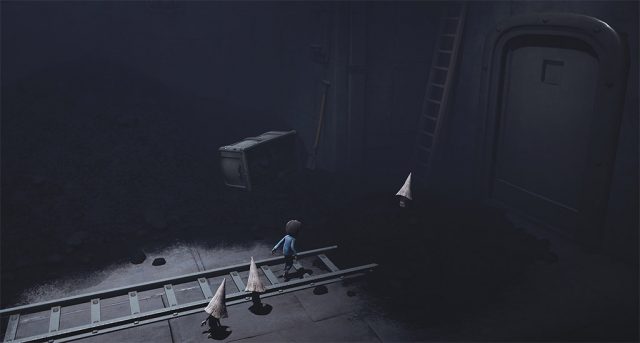 While The Depths introduced the swimming mechanic, The Hideaway introduces the buddy mechanic in a pretty adorable way. The gnomes who ran away from you? Yeah, you have to chase them down and give them a hug. Once you’ve hugged them, they start following you around instead. Little Nightmare’s core gameplay is still intact (platforming and environmental puzzles requiring you to run and jump, push and pull things, avoid monsters, etc.), but now you need the help of those gnomes to get them done.

The new main additions to the gameplay are grabbing and tossing gnomes at levers and switches you can’t otherwise reach, and catching enough gnomes to help you push things that are too heavy for you to push by yourself (heavy suitcases, carts full of coal, etc.). Tossing gnomes is ridiculously satisfying, I can’t really explain why. It’s just super fun to watch those little dudes fly and grab onto levers. 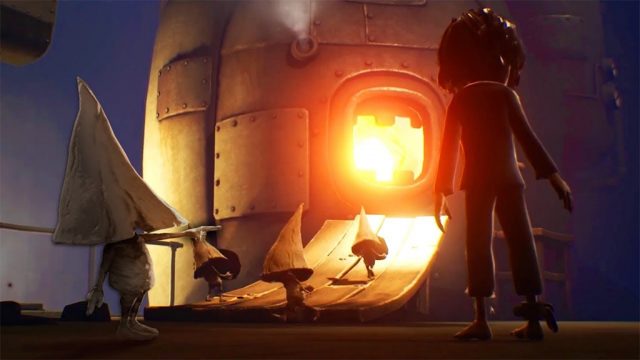 Uncle Long-Arms is hunting you throughout this episode, and there are a few places where you need to solve a few puzzles by yourself while avoiding his extremely long arms. This is reminiscent of the same kind of gameplay in the main game, but they were still pretty fun (and in one specific encounter, pretty damn creepy). There’s even a section where the boy sees the girl on some kind of CCTV screen and we know she’s about to encounter Uncle Long-Arms herself.

Chasing, hugging, and tossing gnomes made for a much more enjoyable experience than swimming through the timed sections of the first episode (aka it was much easier to play through), but there was one section, the “coal room”, that was quite buggy. Various things did not work like they were supposed to, and I had to restart from the beginning in order to reset the bug and progress through that puzzle. Not a huge issue, since the episode is fairly short, and I didn’t have to repeat too much, but I do hope Tarsier fixes that puzzle as soon as possible as it’s still pretty frustrating. 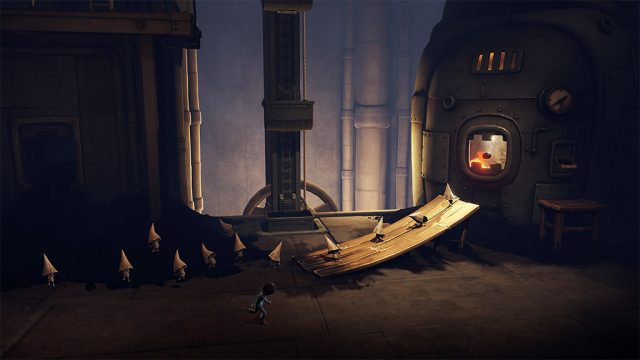 The Hideaway is another fine addition to Little Nightmares with some new gameplay twists and the continuation of the parallel story. Since this episode also ended on a cliffhanger, I look forward to the end of the boy’s story when Tarsier releases the last episode of The Secrets of the Maw in January 2018. One can only hope the boy’s story ends better than the girl’s.

The Hideaway is another great addition to Little Nightmares, continuing the adventures of the boy. The inclusion of the gnomes as more than just a collectible is fun and adds a bit of adorableness to an otherwise creepy game.