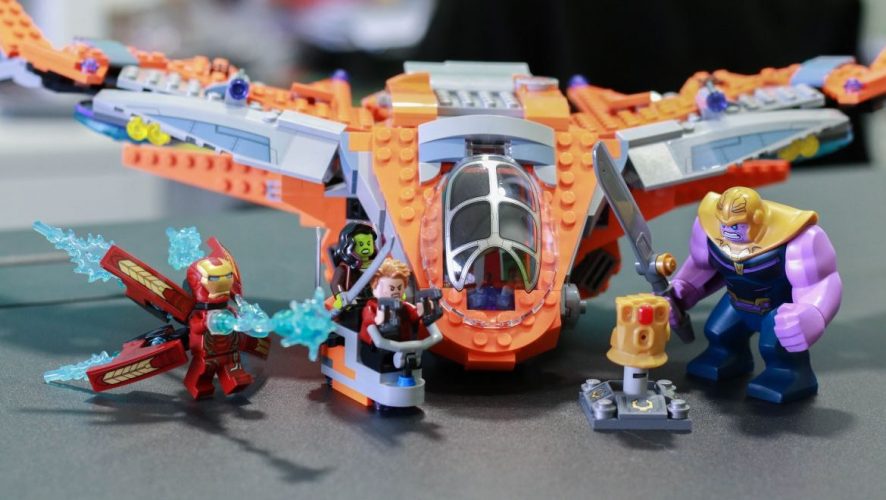 Disclaimer: This is a fictional take of an alternate universe in Avengers: Infinity War, and is no way an accurate indication of the movie plot.

Before the world falls victim to the ultimate battle between Thanos and our (currently) ragtag team of Avengers on the silver screen, a similar war is brewing in another universe of Marvel heroes. Destruction and chaos are strife, as the clash between good and evil carries over on LEGO soil.

At the root of it all is a powerfully-charged portal, a miasma of death and despair, and the gateway to other dimensions. The Mad Titan had stepped into it earlier, and ended up in the land of building bricks, and small-scale figurines. Pointless you say? No matter – each world is meant to be ruled over, anyway.

He relishes the solid feel of the ground with every slow, sure step, sweeping a careful eye over his current environment. Seemingly satisfied, he lets easy confidence seep into his posture, and a smirk threatens to break across his face.

The Infinity Gauntlet will be mine again, he thinks.

The oxygen-filled air is sweet, unlike the stifling sensation in space. Thanos appreciates it, takes a few deep breaths to savour the saccharine taste. The overwhelming smell of life lingers in the air, and he idly wonders how it would feel to crush it under his grubby – hey, not grubby; thick and strong, he asserts, as always – fingers.

Greaaaat, time to wreck some havoc.

First, he sets the plan in motion. Ravage densely-populated areas, wipe out innocent lives. Lure the Avengers, or the Guardians of the Galaxy, or is it the West Coast Avengers? Whatever, let them come – here to save the world, yadda yadda yadda. He’s tired of seeing the heroes’ faces, and he couldn’t care less about their heroic stunts, but he really wants his gauntlet back, thanks.

Thanos’ plan works, not that it’s surprising to him. With his strategical prowess, it’s only to be expected, and nothing will stop his ambitious plan to be ruler of the universe. He digresses, but the main point stands: within a day or two, he spots The Guardians’ Ship, with Star-Lord and Gamora preparing for landing.

He watches the duo scan the skyline to locate the source of destruction (aka himself). The thought of battle action gives him an enjoyable rush of adrenaline, and he gears himself up for the inevitable face-off.

Soon enough, the spaceship is docked, and the door to the cockpit opens. Gamora and Star-Lord step out, respectively brandishing a sword, and dual guns. A serious, battle-ready expression creeps onto their face, promising a brutal and difficult fight ahead.

Thanos, in all his mighty haughtiness, waits. He welcomes the inevitable face-off, placing much confidence in his ability to have the Infinity Gauntlet back into his hands (get it?). It’s easy: defeat the pair – his ingrate daughter and her… whatever that insignificant human is to her – head for the gauntlet in the ship, then destroy the latter. He’s pretty damn sure it’s being housed inside, and he’s hardly ever wrong.

The two Guardians stand against him. This time, their solemn contenance has morphed into that of deceptive nonchalance, hidden beneath a veneer of calculated shrewdness, and careful deliberation. Snarky barbs and deadpan sarcasm make their rounds in a verbal showdown; then rapid bursts of hot, sizzling lazers pierce the air – the fight’s on.

A singed smell lingers on the battlefield. Star-Lord fires off quick shots with unerring accuracy, and Gamora engages Thanos in a deadly sword dance. Turns out the Mad Titan might have underestimated them a tad, and he unleashes more of his power upon them. Time to get serious.

The air turns electric. The Guardians pair put forth an admirable resistance, but Thanos is bigger, better, stronger. As they lay defeated, he approaches their ship; the Infinity Gauntlet is proudly propped up in the rear compartment. His grin grows as he finds the embedded Power Gem, savouring the sweet victory of the extra find.

See, he knew his guess was right. The Infinity Stone is a bonus, but everything else? It’s a logical conclusion. Two: Nebula attempted to kill him. She failed, but managed to steal the gauntlet. Another two: She had reconciled with Gamora, last becoming a reluctant Guardians member. Four: What better place to house such a powerful entity than in a place out of reach for most powerful beings?

Put two and two together, and bingo. 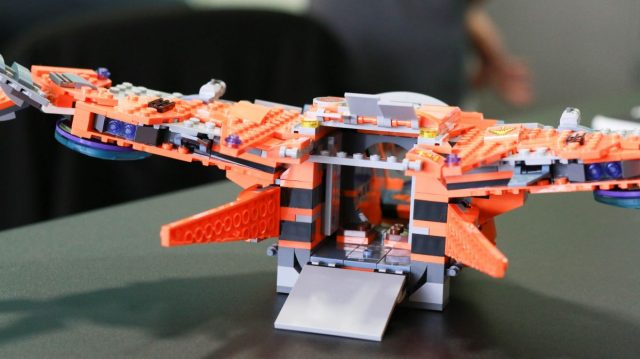 Thanos claims his prize, leaving the rear wide open. There’s no resistance, and he takes a short while to revel in the success of his plan.

Iron Man Mach… er, with Wings we guess, flies into the fray, knocks the prize away from him. In typical Stark fashion, the suited man throws witty comments and sarcastic barbs in his direction, and rains a couple of Power Blasts upon him. The supervillian calmly deflects them, only to be greeted with another barrage. The intensity of the battle increases, and the two gets wrapped up in an elaborate dance of dodges, strikes, and power.

The other Avengers are not in sight.

With boosted thrusts, the armoured hero zips around the battlefield in a highly-acrobatic act, narrowly missing out on several close calls.

In the midst of high-strung tension and the perfect distraction, Gamora and Star-Lord slowly regain their awareness. It’s against their nature to give up, and against such a deadly foe? Nah, not a chance. Guns and sword up; it’s three versus one, baby.

Thanos grunts – not in pain, but annoyance. He’s far from being defeated, but he’s not exactly winning either. Deciding that playtime’s over, he unleashes more of the suffocating power that comes with being the Mad Titan, and makes quick work of the trio.

Okay, maybe “quick” isn’t the right word. It takes slightly longer than expected, but nonetheless, the victor is clear. He walks, with a lofty swagger, to the direction of the Infinity Gauntlet, and slips it onto the length of his arm.

Oh, the surge of power – he can feel it pumping through his body. He feels alive. World dominion is within reach.

It’s time for a new ruler to rise.

In the next edition, we catch up with the other Avengers team as they fight against Thanos’ henchmen.

With a three-man team up against Thanos, we think it’s hardly the ultimate battle. But the package comes with a respectable array of playable tools at the user’s disposal, and details are finely-crafted to near perfection. A solid buy.