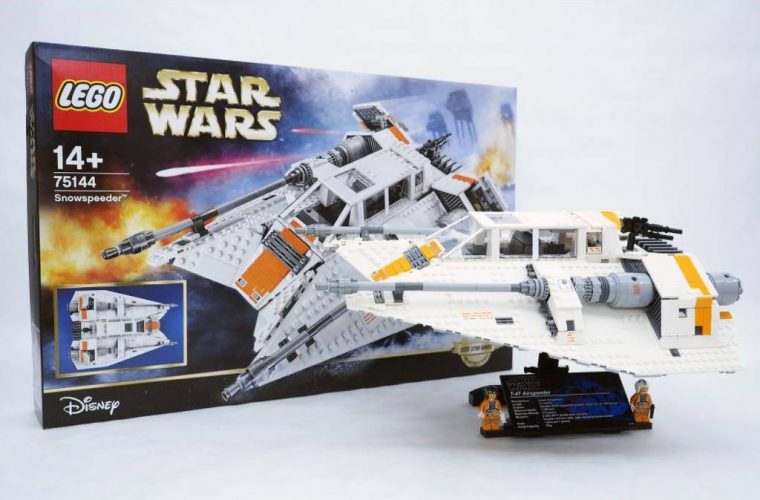 After ploughing through numerous cartons of Bantha milk and ration bars, I have finally completed building the LEGO Star Wars Ultimate Collectors Series (UCS) Snowspeeder (75144)! This set comes off the heels of two rather contentious UCS releases, namely Assault on Hoth (75098) and The Death Star (75159), in 2016 but I’m happy to say that this year is going to be off to a great start to the UCS line with the upcoming release of the latest Snowspeeder. 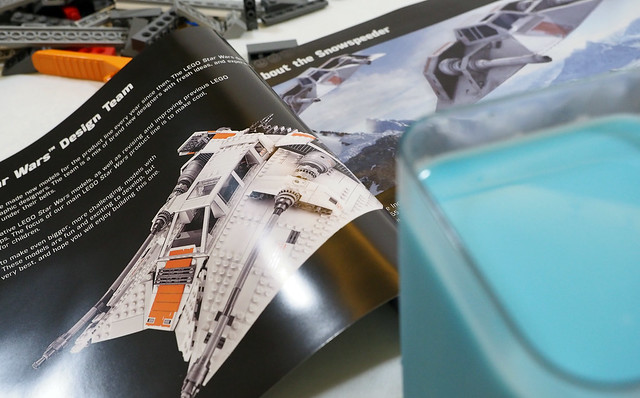 It has been 14 years since the previous Ultimate Collectors Series (UCS) Snowspeeder (10129) hit the shelves in 2003 and this is an actual welcomed re-issue of an older set. There have been a lot of parts introduced into the LEGO element libraries since 2003 and it clearly shows in the final design of the UCS Snowspeeder (75144). 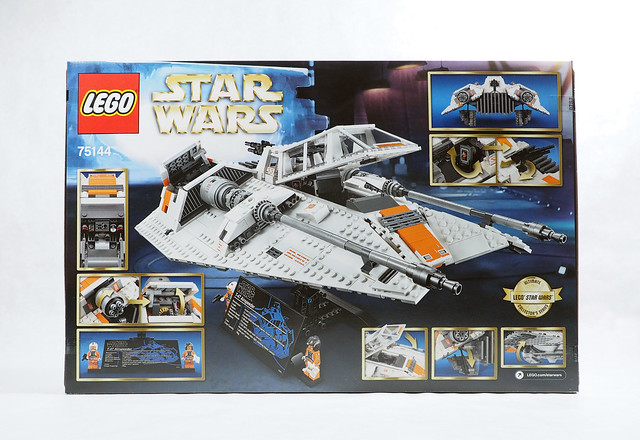 I took approximately 6.5 hours to complete the build in one sitting (inclusive of bathroom breaks and the such) but it really did not feel that long. 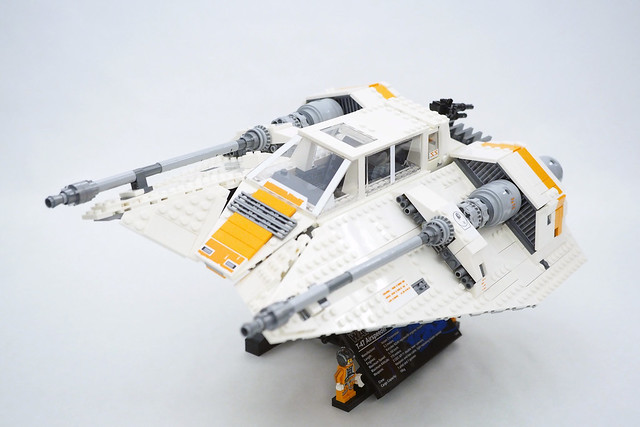 It consists of 1703 parts which are split nicely into thirteen individual bags and the instruction booklet was neatly wrapped in plastic (unlike in the Assembly Square where the book was just chucked into the box).The fact that the parts were split into 13 different portions definitely made the build more enjoyable as it allowed me to complete a bite-sized portion of the model rather quickly which adds a sense of steady progression as opposed to overwhelming you with a bunch of bricks that never seems to end. 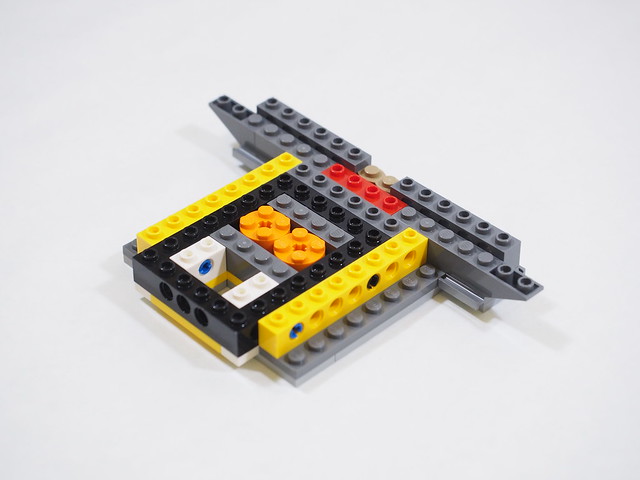 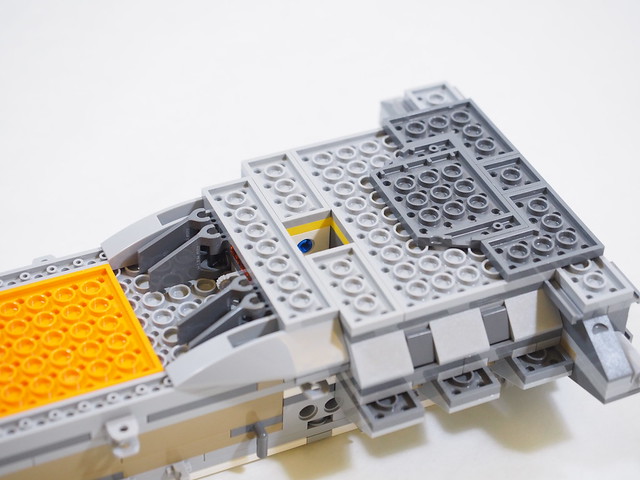 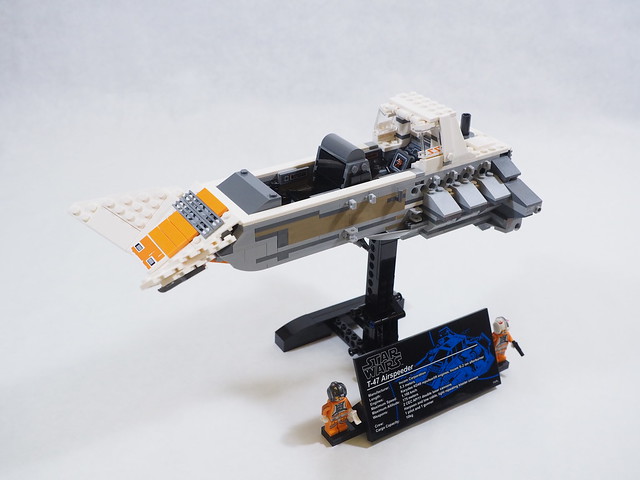 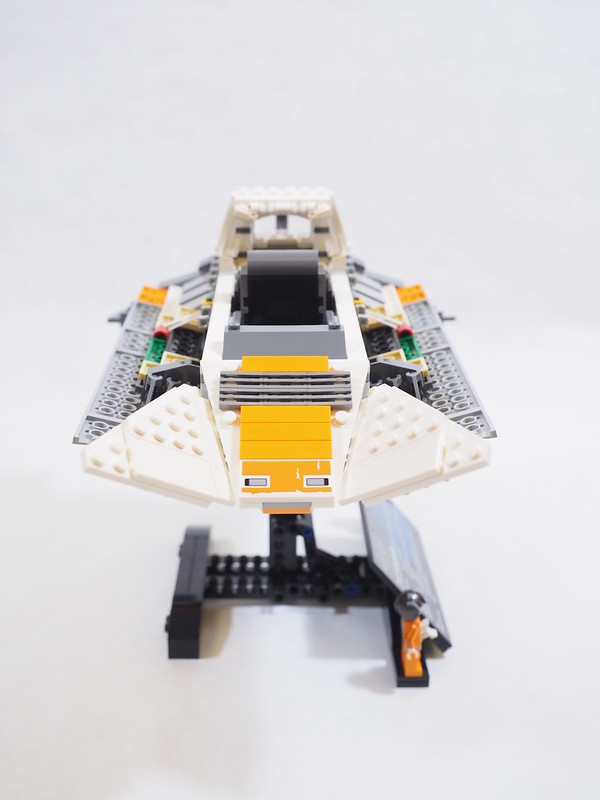 They also opted to use different coloured elements like green, yellow and tan for the internal structure, as they can’t be seen from the outside, which made those pieces easier to find in a pile of greys and whites. The overall build is quite solid on completion and the model is surprisingly “swooshable” to a certain extent. It is a display piece after all but you are still able to hold it up without fear of parts falling away. 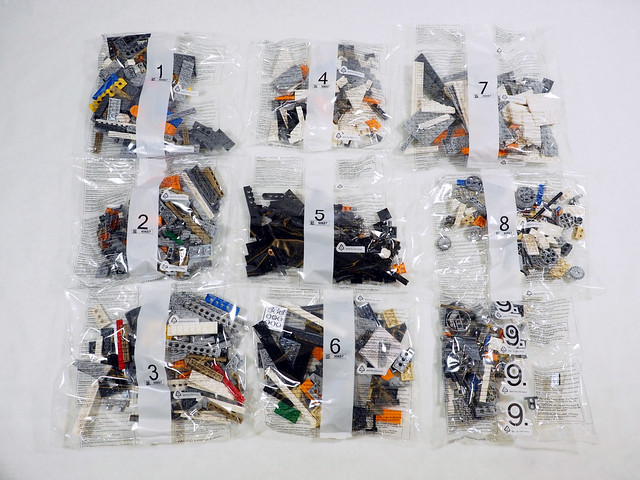 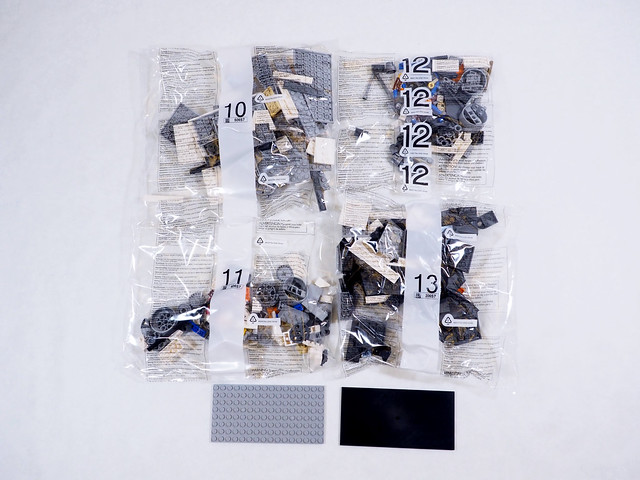 My only gripe, which is a sentiment that is shared by others as well, is the copious amount of stickers involved. You would need to apply quite a bit of them just to create the look of the canopy frame. 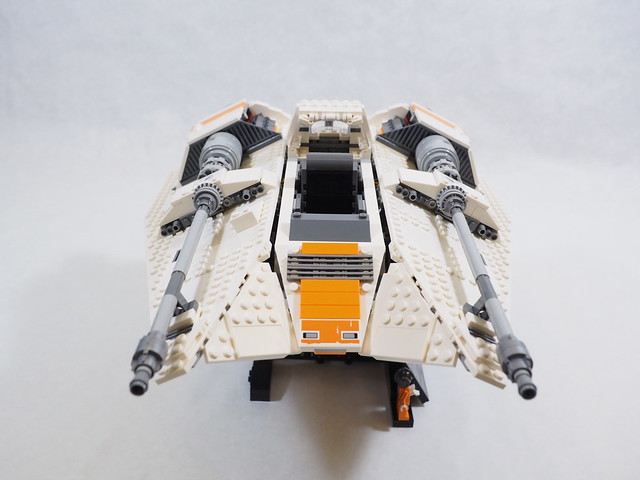 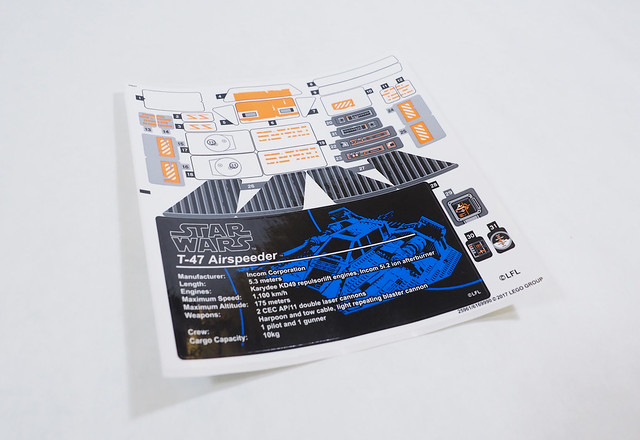 I can understand the rationale behind the use of stickers as it allows the part/element to be reused in other builds once the stickers are removed but at the same time, it is a challenge to apply them as accurately as possible. I highly recommend a pair of tweezers, a magnifying glass and a steady hand. The bottom panel of the ship is held up by LEGO white rubber bands which might lose their elasticity after a while but regular rubber bands should be an adequate replacement. 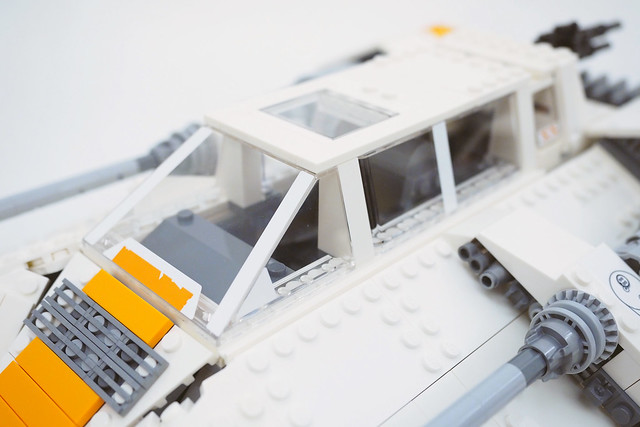 There were a couple of new elements that I have not encountered before. One of which is the new canopy element which forms the windshield of the Snowspeeder. There is also the navigational computer that is printed on a 2 x 2 black slope brick. Other than these two, the rest are just regular elements that you could easily bricklink. 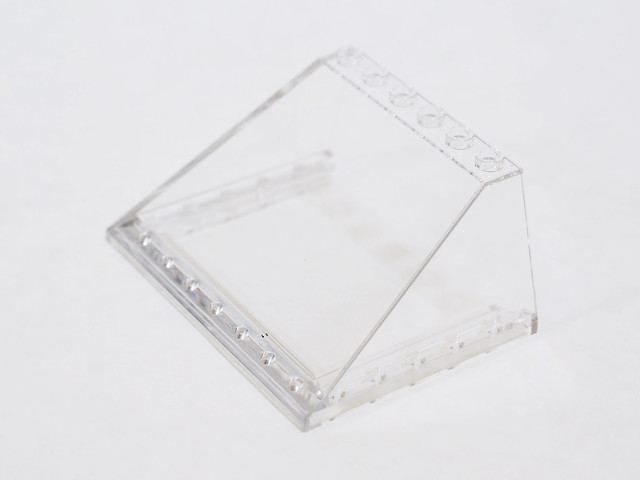 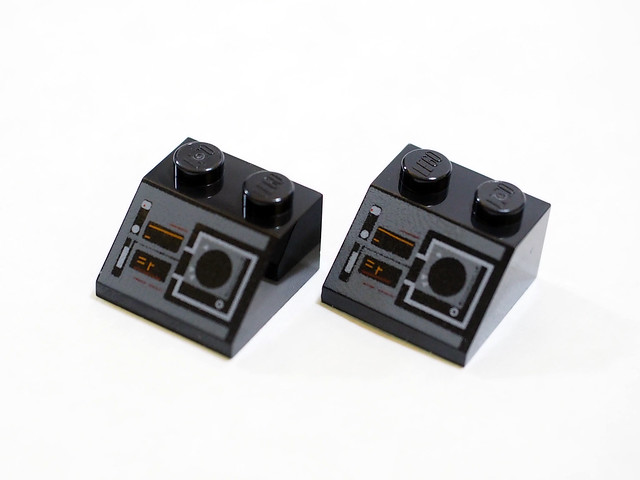 The set comes with two “unidentified” Snowspeeder pilots which sport new arm prints. The rest of the torso and leg prints are identical to the ones that come in the mainline sets. When I first saw the product images, I deduced that the pilot was none other than Zev Senesca based on his helmet prints plus the fact that he is the only pilot I could remember wearing a black helmet in the defence of Echo Base. 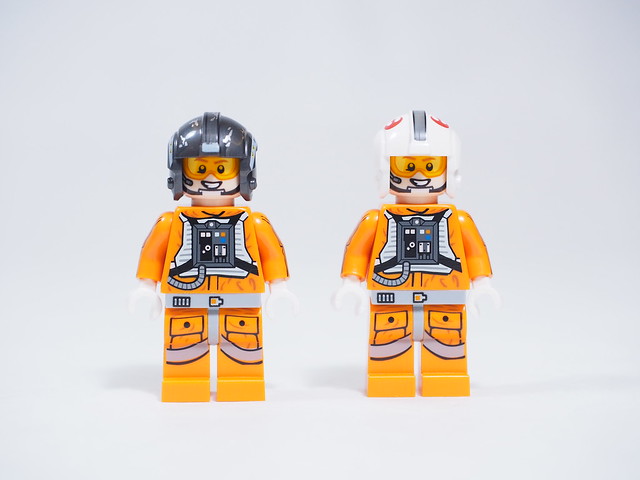 Kit Valent’s minifigure sports a generic helmet and the only defining feature are the arm prints.And thanks to Star Wars Celebration, I’m able to confirm that it is Zev Senesca as Rogue 2’s Rebel Snowspeeder Pilot and Kit Valent as the Rebel Snowspeeder Gunner.

When compared to the previous UCS Snowspeeder (10129), the current one is a lot more movie accurate than its predecessor. The canopy is slightly taller while the older one was flatter. The designers for (75144) retained the movable top and bottom mechanical braking flaps near the engine block. You twist the rear thrusters to activate the top flaps and the bottom ones can be lowered by hand.

The canopy opens to reveal the pilot and gunner seat. The rear turret can swivel left and right if you move the gunnery joystick at the backseat. 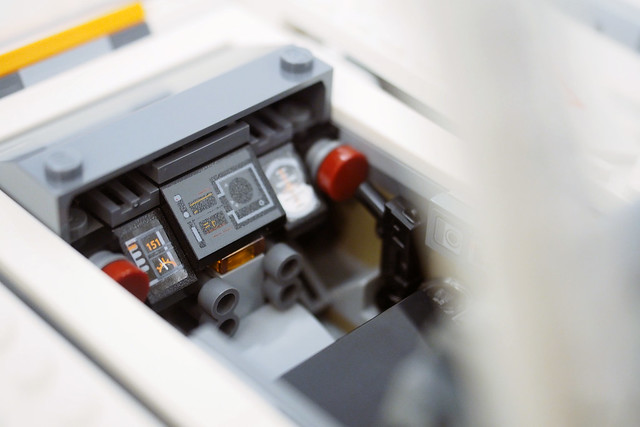 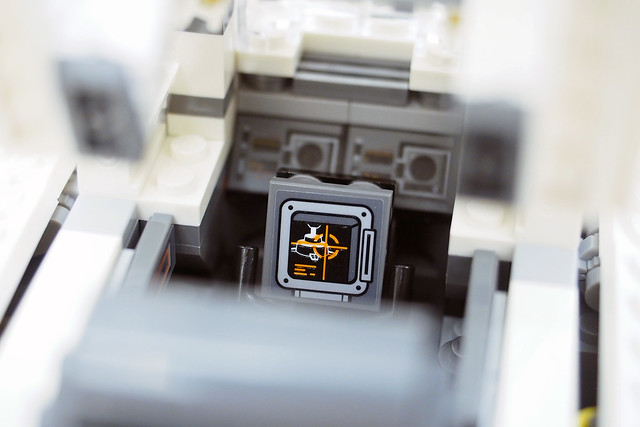 One question that was also highlighted by the review in The Brother Brick was the omission of a white 1×1 cheese slope next to the braking flaps. I understand that if a cheese slope was included next to the outer panel, the flap would not be able to open but there is no obstruction on the one inside. Perhaps it was omitted to maintain a visual balance on both sides. 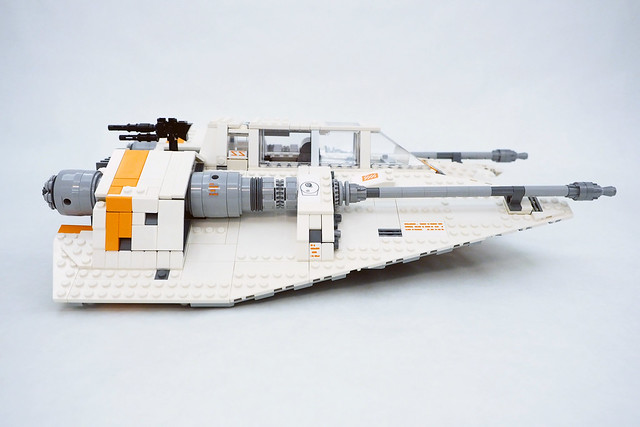 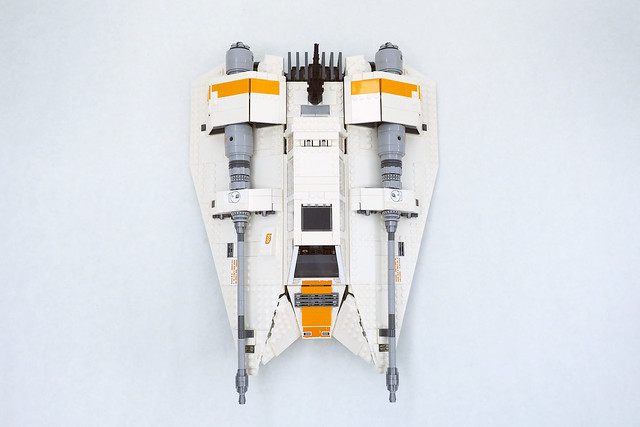 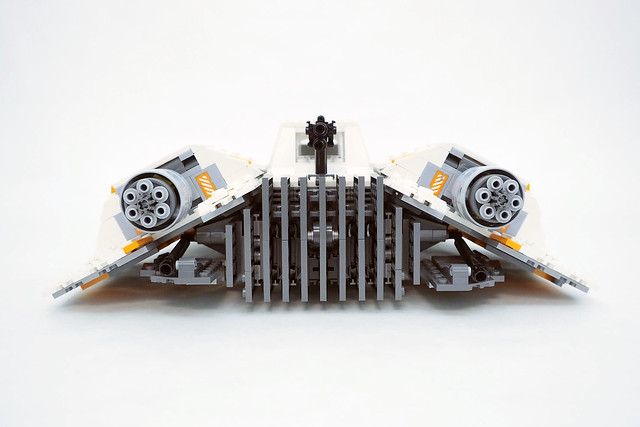 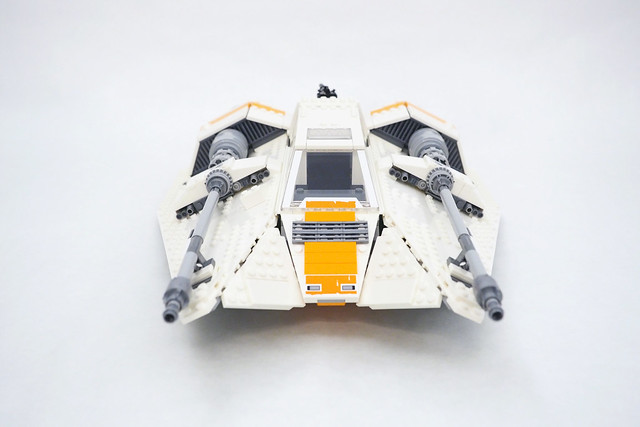 The cheapest so far would be to get the set in the United Kingdom as it is only £169.99 which converts to approximately SGD$295 which is a full $100 cheaper. 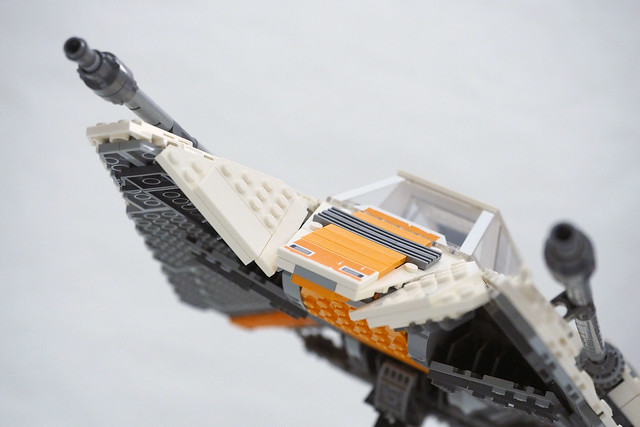 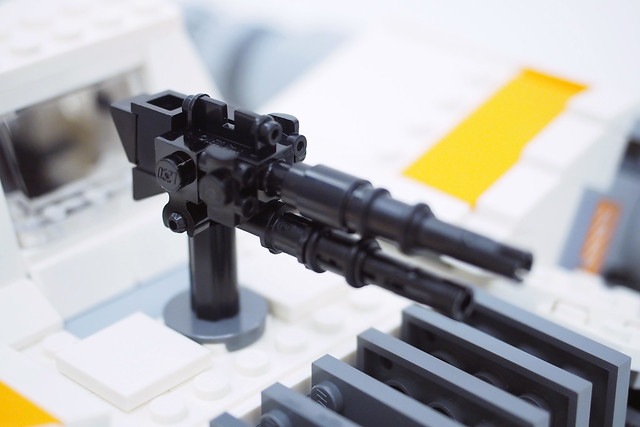 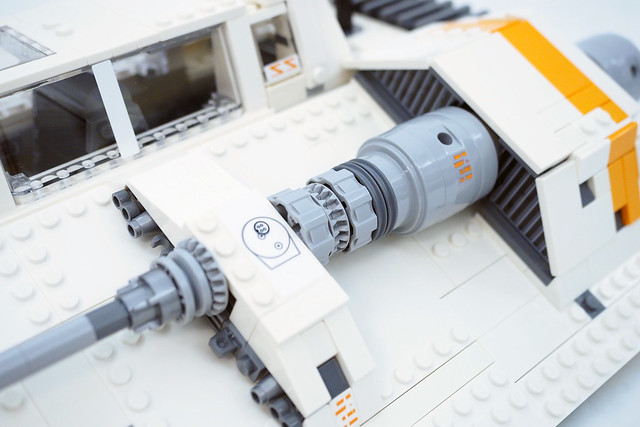 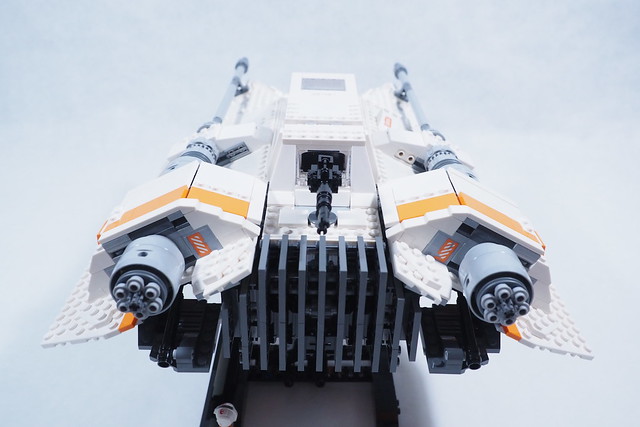 We have been seeing the prices for LEGO Star Wars UCS sets going up but just to compare ship to ship, the UCS Slave-1 (75060) has a local RRP of SGD$329.90 only and it contains even more parts than the UCS Snowspeeder (75144).

This is one set that I would definitely want in my LEGO Star Wars Collection. Even if you’re just a Star Wars fan, this is also a great model to have even if you’re not a fan of LEGO.

I thoroughly enjoyed the build experience as it is obvious that the designers took the time to construct not only a lovely movie accurate model but the process of building it as well.

Can’t wait to see what the next LEGO Star Wars Ultimate Collectors Series set will be! 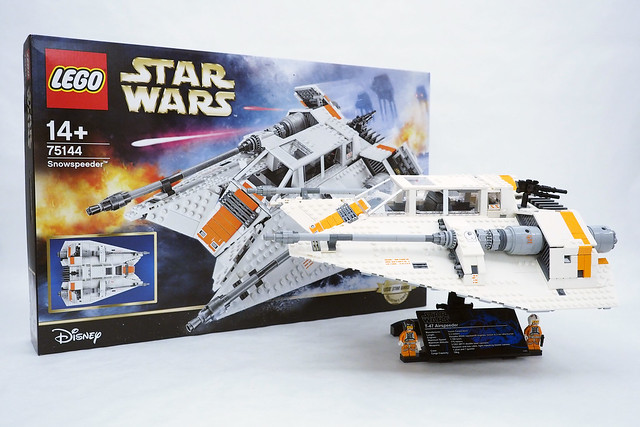 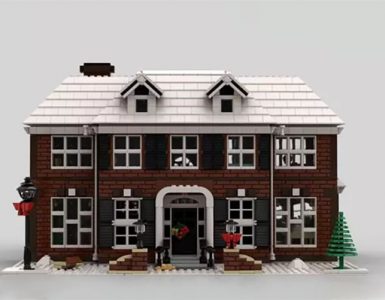