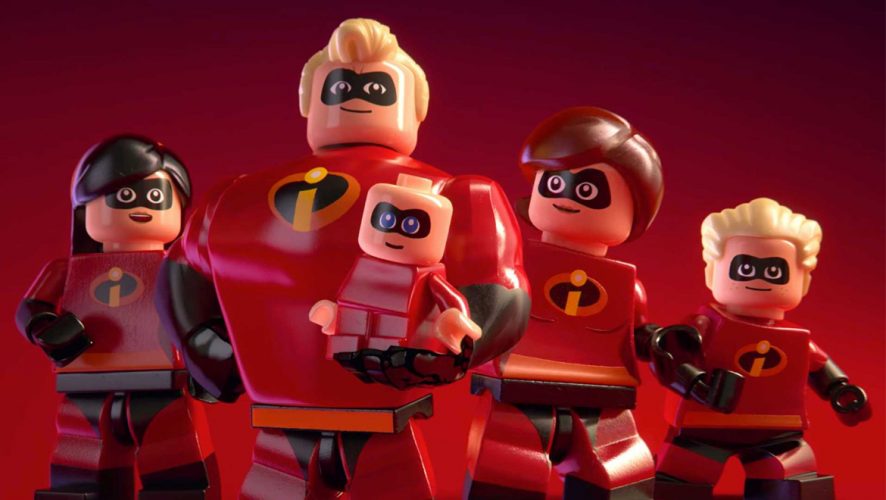 Not content with only making LEGO-fied games of Disney’s non-animated universes, Traveller’s Tales finally dips its toes into the Pixarverse with LEGO Incredibles. Mostly following the story arcs from the two Incredibles films, TT nevertheless manages to fit in some interesting surprises. Though let’s be honest, it’s primarily more of the same.

“You sly dog! You had me monologuing.”

The main part of the game is the levels based on the two Incredibles movies, though you play through the second one first for some reason. Mostly, you play as the Incredibles family – Mr Incredible, Elasti-Girl, Violet, Dash, and Jack-Jack – as well as some of the other superheroes from the two films, like Frozone and Reflux. There’s not much that’s new here: you do some light platforming, you solve some light puzzles, you smash a lot of things, and you hoover up all the studs. It’s the gameplay you’ve come to expect from TT LEGO games, but now with the Incredibles. 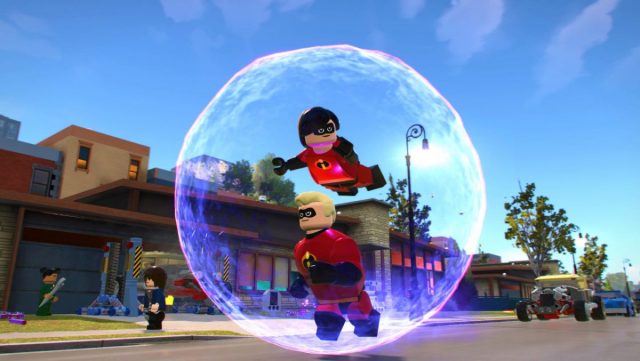 While I enjoy the LEGO-fication of various films, I think TT really shine when they have an original story to showcase, like in the most recent LEGO Marvel game.

Like in the latest LEGO Marvel game, the real fun comes in the open world, this time represented by Municiberg and New Urbem. Besides the usual races and gold brick puzzles, you can take care of Crime Waves in different sections of the cities. These are represented by various bad guys wreaking havoc, and you have to complete various missions to stop the crime wave. 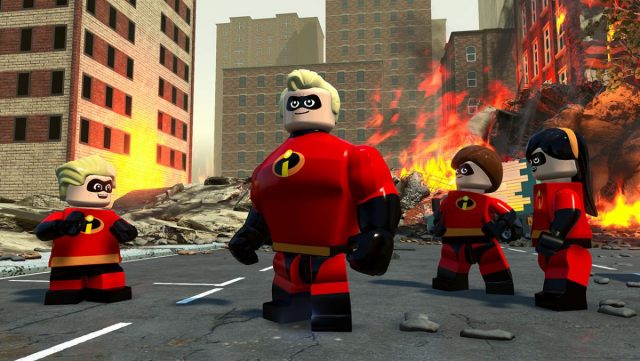 You can also find the Incredibricks and complete various Family Builds in the city. However, in a really cool addition, there are 12 Pixar Builds scattered amongst the various regular Family Builds that will unlock characters from other Pixar movies, like Dory, Lightning McQueen, and Merida, as well as the requisite Red Bricks that grant various power-ups.

One of the most important things about LEGO video games is collecting all the minifigures so that you can play as all your favourite characters, and LEGO Incredibles still does that, but in a much reduced form. There was some talk about how perhaps the Incredibles films didn’t actually have all that many characters to properly populate a LEGO game (especially when you think about all the Marvel, Star Wars, Harry Potter, Lord of the Rings, and DC characters that get crammed into every other game), and that talk was not wrong. There are only 113 characters, and a lot of them are reskins of various main characters (there are at least 7 Mr Incredibles, 4 Frozones, and 4 Elasti-Girls; there are even 3 Jack-Jacks). The rest are proper characters from the two films, the aforementioned 12 Pixar characters, and literal no-name minifigs like Old Lady and Banana Suit Guy. They give them to you in a new way – you have to buy blind bags with your hard-earned studs – but I suspect that’s because they assumed no one would actually buy Old Lady otherwise. 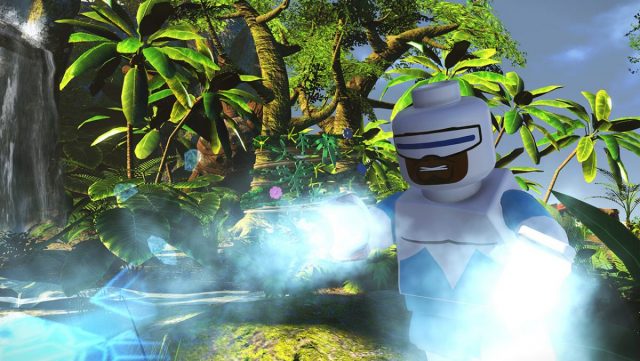 Like in most recent LEGO games, there’s a lot of stuff to do in the open world, but it can get a bit repetitive.

On the audio and visual side, Traveller’s Tales presentation here is great. Most of the audio comes from the two films, but they also went and recorded some new, game-specific lines with the original voice cast, which is always a great thing to have. And the Disney castle and Pixar Luxo films are LEGO-fied in the opening credits when you boot of the game, which is just great to look at. 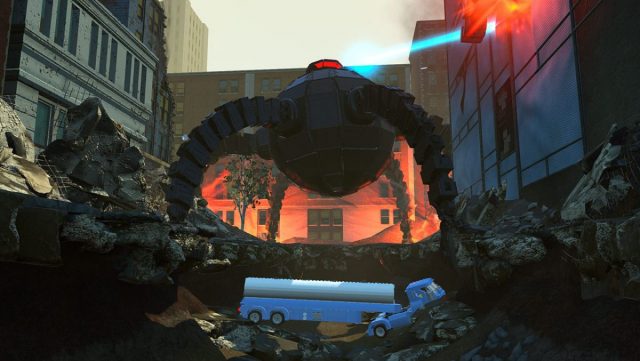 And TT continues their streak of bug-less games.

LEGO Incredibles is a perfectly fun LEGO game that doesn’t try to reinvent the wheel too much. It’s fun and all, but you get the feeling that maybe TT sort of just phoned it in this time. Here’s hoping the upcoming LEGO DC Villains game feels fresher than this one did.

Traveller’s Tales lands a brand new property to plug into their tried and tested LEGO gameplay, but I had hoped for something a bit less on their usual path.