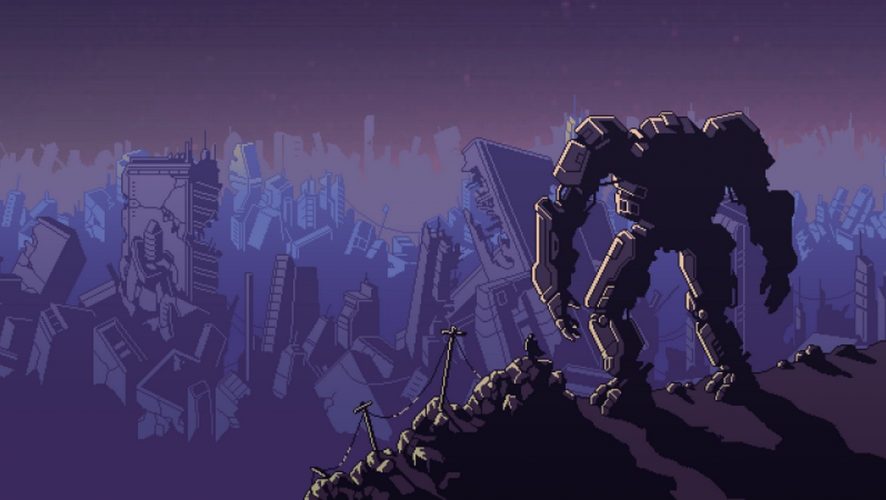 Geek Review: Into The Breach

As a strategy game, Into The Breach offers some incredible depth in remarkably bite-sized chunks, and is easily a contender for one of 2018’s best games.

The creation of the folks behind 2012’s roguelike FTL, Subset Games has once again hit paydirt with this tactical, tense, and enjoyable concoction of a game. Into The Breach challenges you to make the correct decisions with all the information available to you, and success or failure is all your own doing. There’s nothing quite like making the player acutely aware of their strengths and weaknesses when it comes to a strategy-heavy joint. 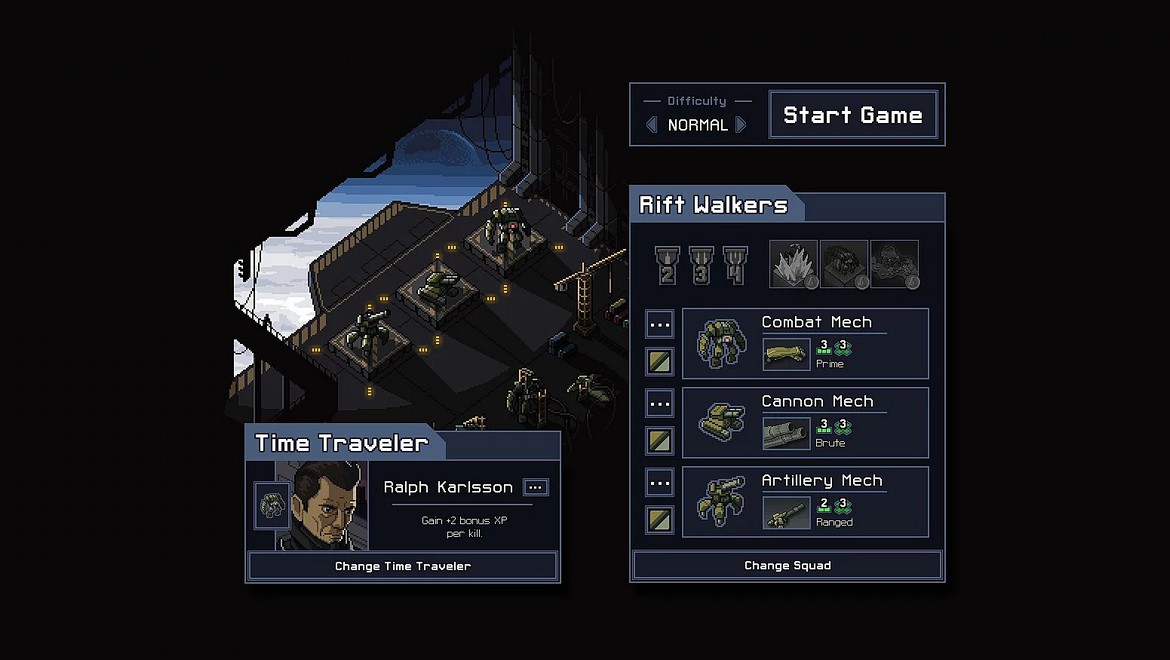 The backstory is relatively simple. Extraterrestrial invaders known as the Vek have infested our world, and it is up to you and your trio of time-traveling mechs to dispense some justice. Battles take place on a small 8×8 grid, populated by important buildings, hazards, and natural impediments.

The Vek wants to destroy these buildings, which power you up, while you must do your best to protect them. Simple stuff, really.

But what is not simple is the persistence that carries over from battle to battle, island to island (four in total, and one more for the end boss). The power grid stays constant, while the difficulty, terrain, and species of monsters change up, forcing you to be on your toes at all times. Lose all power and you start again, with the caveat that you get to bring over a pilot (that is hopefully useful) to the next campaign.

Yes, there are certain side objectives in addition to killing all invaders that can reward you with power, reputation or reactor cores (which can be used for purchasing upgrades and such). However, it is always a risk to pursue them. 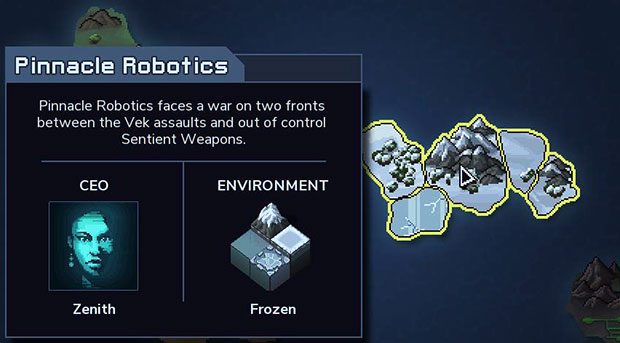 Do you take the brunt of damage to save a building, or sacrifice it to land the killing blow on an annoying, acid spitting foe? With a variety of mechs in different squads at your disposal, the options to deal with the threats in Into The Breach are substantial.

There are mechs that damage, some with abilities to teleport and heal, and some which can push or pull enemies from across the grid. Partner these with pilots with unique abilities of their own, and the potential is vast.

There is always an inherent risk of a wrong move leading to an unstoppable avalanche of damage that can cost you both a vital mech and a seasoned pilot. You truly have to master all the abilities to minimize the loss in each battle. 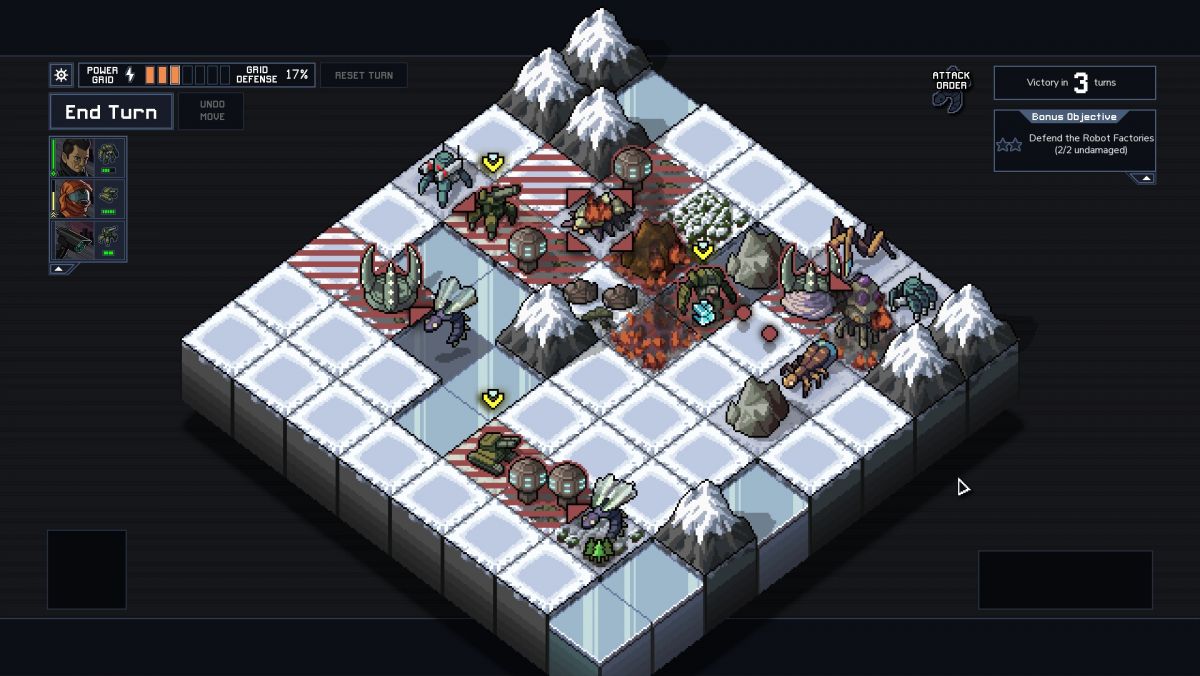 The Vek can be repelled by outrightly damaging them, pushing them into water/lava, smashing them against each other, or simply stop them from spawning by having your mechs occupy spawning points.

Each battle is a chess game, albeit with the enemy movement made transparent to you. The sense of predictability is only overshadowed by the helplessness that can sometimes occur. While the enemy makes the first move, they stay committed as you plan yours.

Time and planning will help you make the best decisions in order to stave off their relentless assault, especially when you factor in environmental hazards. Lightning can strike, lava will spew, and tidal waves can wash away precious squares for movement, all which happen in a set order that you can check. If you can survive a certain number of turns, the battle is yours as the Vek beat a hasty retreat.

With the wealth of information at your fingertips, the only deciding factor, oftentimes, is you and you alone. There are no hidden surprises or secrets, and no unfair difficulty spikes. 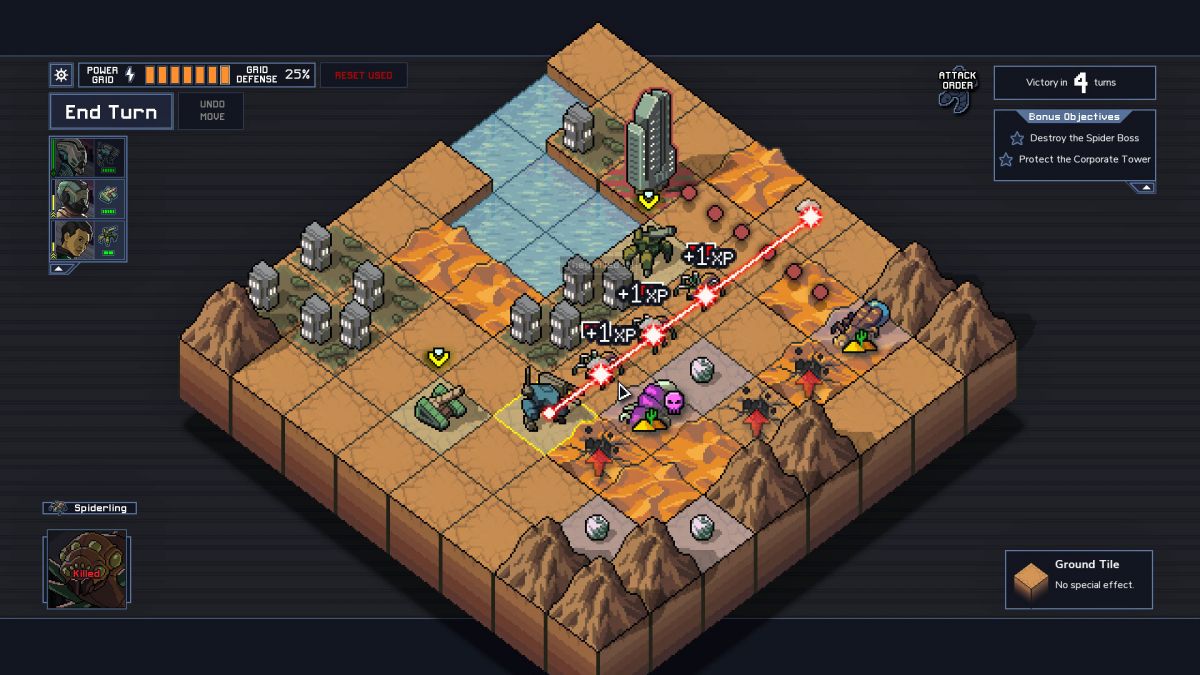 You know exactly what went wrong on your first or hundredth run, Into The Breach is painfully honest like that. And as a gamer, it can bring utter joy or downright disappointment as you venture towards ending the Vek threat.

Into The Breach is a game both about the future and the past. As you plan out each move to counter each action of the enemy, you can be blessed or haunted by your past actions in previous battles carried forward. It requires you to be fully tuned for the duration of each one to two-hour run, and to cut your losses and savor the victories when you can.

This is a hard game, but only if you do not learn. It is a cycle of failure, learning, and hopefully, leading to success, and is utterly irresistible to pass on. Into The Breach is a perfect strategy game in manageable portions that you don’t ever want to stop playing.

Into The Breach is available on PC now.

Into The Breach is perfect for veterans and beginners. Success awaits those who pay attention and learn, and abject failure befalls all who do not follow suit.