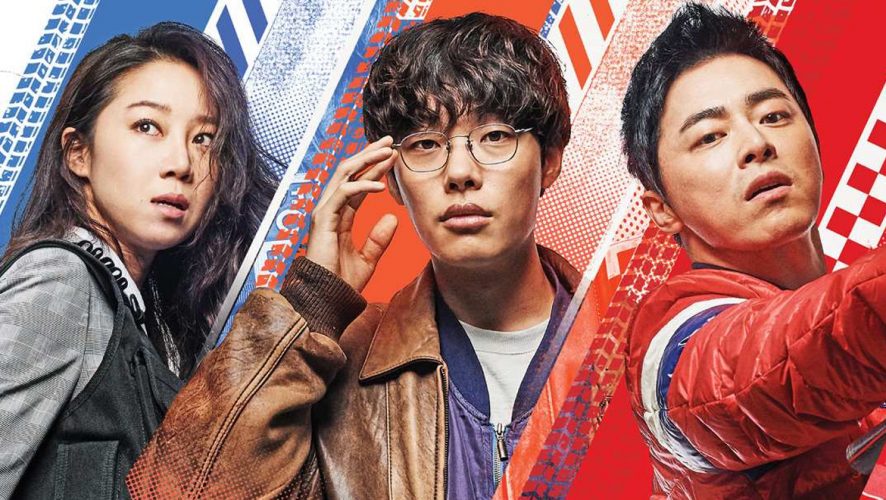 A racing movie starring great actors like Gong Hyo-jin and Cho Jung-seok (fresh off their romantic pairing in 2016’s Don’t Dare to Dream), along with rising star Ryu Jun-yeol might sound like the map to success, but in Hit-and-Run Squad, we get lost along the way.

Gong stars as internal affairs cop Lieutenant Eun Si-yeon, who’s investigating Police Commissioner Park for a corruption case involving former F1 driver Jung Jae-chul (Cho Jung-seok). But Jung has both money and power, and Eun’s case fails, and she gets reassigned to the understaffed and under-budget Hit-and-Run department, where she meets Suh Min-jae (Ryu), a cop who’s a savant at solving hit-and-run accidents. 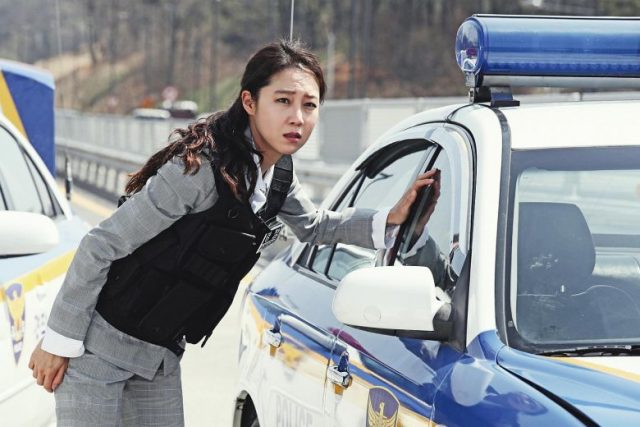 If that seems like a mouthful, well, it is. And that’s not even all of it – the movie twists and turns along its meandering route. Good thing Gong’s acting with the scene-stealing Ryu makes the movie good fun, while Cho is back at his insane best as the stuttering villain. They’re also backed by a great supporting cast – including Shinee’s Key, and it’s the relationships between the characters that help bring the show together. It’s these – often funny – moments and some good action sequences that keep the film afloat.

Director Han Jun-hee shows a deft hand at shooting the racing scenes, with some wow moments that’s not bad for a Korean racing film (Note: There are too few to list, and A Taxi Driver doesn’t count). But in the end, Han steers the film in the wrong direction when she tries to just add too many ingredients.

There’s a 1960s-esque soundtrack that only appears for the snazzy opening credits, before the film settles into a more generic soundtrack, and Min-jae’s savant skills only appears once in the movie. There’s also quite a few more plot points along the way that just end up dragging the movie down. 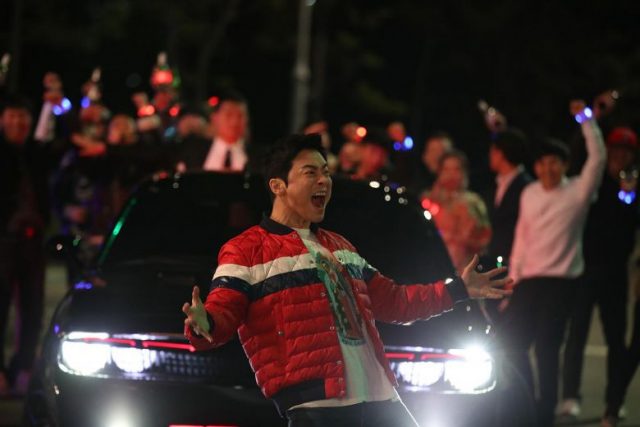 Hit-And-Run Squad features just too many moving parts, and the film stops and starts along the way just to include all the various elements. The movie even races to what feels like its ending, before taking a swerve – but this second half ends up feeling more padded on than a twist. Good thing, however, there’s another good race in there.

But yet, for a racing show … there just aren’t enough races! A simplified story would have helped with pacing. It’s all a pity, considering the surprising cameo they got managed to get only teases an interesting showdown in a potential sequel. It’s clear that the movie’s creators had a bigger universe in mind, but they spent more time trying to set that up than just focussing on this movie.

Hit-And-Run Squad isn’t a bad movie by any means, but with the crowd-pleasing Extreme Job in cinemas at the same time, it’s clear that there’s a better cop movie for Korean movie fans. But fans of the actors will still have fun watching the Squad, even if Gong and Cho aren’t romantic leads this time around.

Maybe that’s for the sequel.

This Korean racing cops movie is a fun blast – but just takes too many detours.