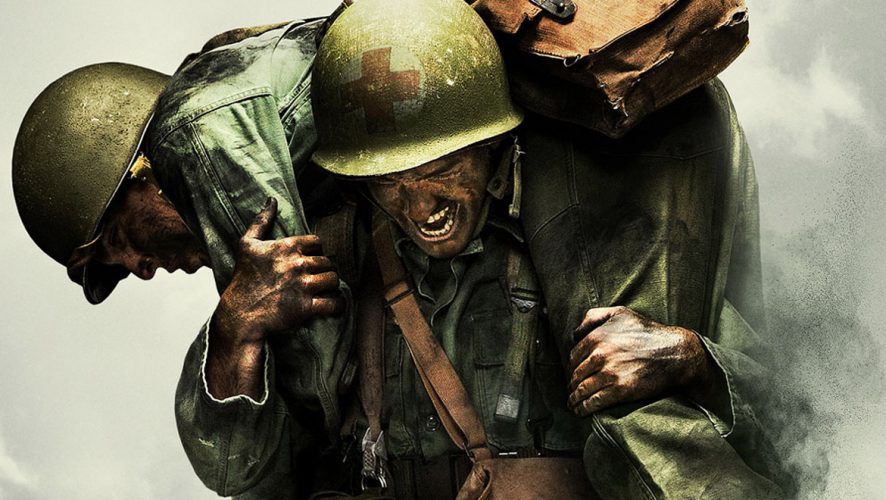 Remember that one scene from Forrest Gump, where Tom Hanks runs through the jungles of Vietnam while under heavy fire, to fireman-lift every single member of his platoon out of the artillery strike zone?

That was the fictional account of valour in war. Hacksaw Ridge offers the same perspective, but this movie is based on the true story of World War II medic, Desmond Doss (Andrew Garfield).

Doss was an American combat medic who was also a Seventh-day Adventist Christian. A pacifist, he refused to carry or use a firearm, or weapons of any kind but he still felt the need to serve his country. Assigned as a medic, he refused to take another life and became the first conscientious objector to be awarded the Medal of Honor. 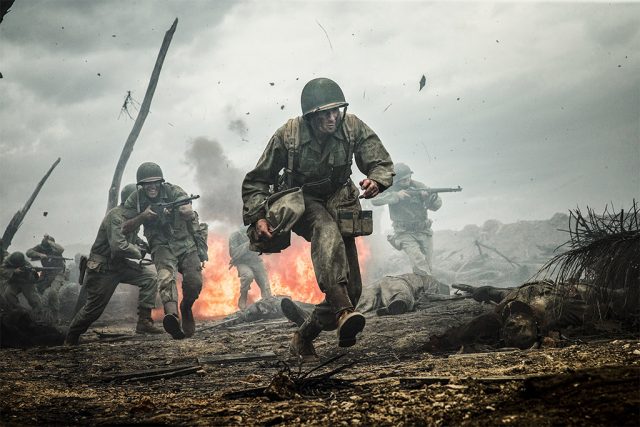 If you’ve grown up on a steady diet of war movies, you will find that Hacksaw Ridge is closer to Band of Brothers and The Pacific in terms of storytelling, and is right up there with Saving Private Ryan for action. Which is ironic because this movie is about non violence.

What’s more interesting is how the story of ‎Desmond Doss did not get told until the 21st century. You would think that Hollywood would have exhausted every possible narrative war has to offer, but it continues to surprise.

If Hacksaw Ridge were to be made into a video game, it’ll probably be a stealth action title, given how Doss has to navigate the artillery-shelled ridge to save his fellow soldiers. The problem with such narrative-based movies is that audiences already know how to movie is going to end. Despite this, Hacksaw Ridge works to captivate the viewer, by enticing them to lean in to see how things would eventually unfold with its solid pacing.

The trials that Doss has to go through certainly is a big test of his faith (in his religion) and resolve. And there’s no better way to test it than in an environment where individuality is beaten out of you. There’s a reason why uniforms are donned in the military after all. 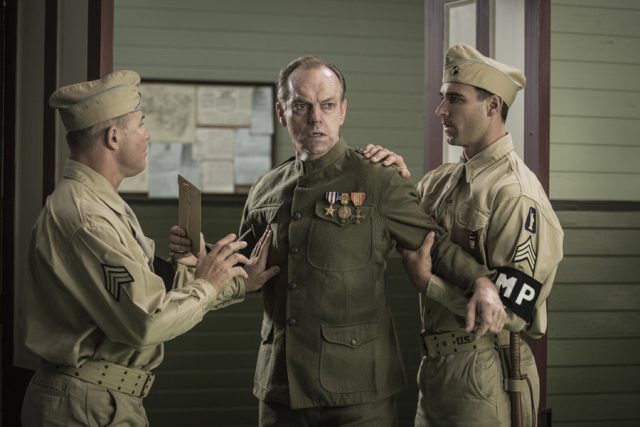 Even before Doss has the opportunity to put on his military fatigues, he has to grapple with Doss Senior (Hugo Weaving) who himself is a war veteran. A classic case of a parent advising his child the best option in life, Weaving accurately portrays the love for his child in a way most fathers do – straight up, hard truths style. But yet, Weaving helps the audience see things from his point of view. You can’t help but feel sympathetic for his motivations in disagreeing with his son’s decision to join the military.

Against the odds, we see that Doss is more than capable in tackling the rigours of regimental life despite his beliefs in pacifism. Having been in a conscript army for a good two years of my youth, it’s an accurate portrayal on why sometimes it is better to keep your head down and conform, as opposed to being the maverick. We are continually shown this during Doss’ basic training phase, which also sets the stage where we establish all the key characters in the movie. In an era where collective punishment and hazing was still rampant in the military, you’d expect Doss to go Private Pyle on his Sergeant (Vince Vaughn), but alas, it’s not that movie. 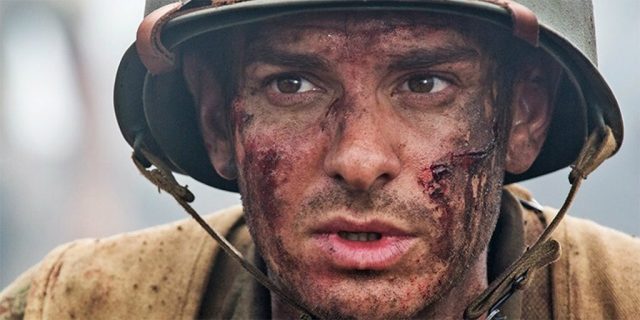 However, when the bullets start flying and mortars are raining down on a soldier’s head, you’d be quick to learn how reliable each individual soldier is. In the hell that is war, only the one who suffers a steady stream of abuse daily, can function at optimal levels. Enter Desmond Dodd.

They say the best friendships are forged in the heat of battle, or in the trenches, and this rings especially true in Hacksaw Ridge. As the battle heats up and all facades are melted away, Dodd’s company finally sees their unwilling saviour in the midst of battle. This part is especially poignant when Dodd and his frequent aggressor, Smitty Riker (Luke Bracey), share a quiet moment when the battle takes a breather. For anyone who has been in a similar situation, such emotions are as real as they get, and this is where true connections are made. While to some it might be the most cliche moment, director Mel Gibson has been able to accurately capture what might go through the minds of any soldier in war. At the end of the day, all they want to do is go home alive.

Gibson, for all his past gaffes, personal indiscretions and failures, knows how to weave a tale based on a true/inspired story. It’s not his first outing for such a genre, having done so with Braveheart and The Passion of The Christ (debatable to some, we know), but his expertise elevates Hacksaw Ridge from being yet another war flick. While his penchant for violence, especially in a movie about a pacifist, might be too much for someone to swallow, there is no denying the message he is telling. Still, there’s only so much death and exploding guts that an audience can take, before this moves into gore porn.

Perhaps all of this was done with the sole objective of creating an even greater stage for Dodd to rise to the occasion, but it does come across as overly indulgent on screen. Isn’t the movie focused on how Dodd saves the injured as opposed to why they were injured in the first place? 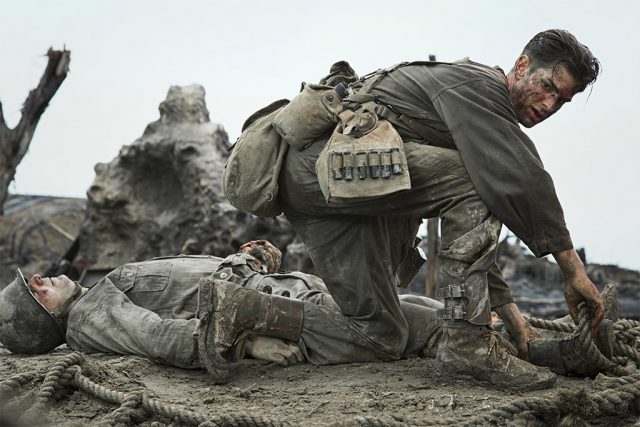 Toeing the line on historical accuracy would be how the Japanese are portrayed during the second World War, which Gibson could have done away with entirely. Hacksaw Ridge is a prime example of how victors write the history books. But apart from this (and the gore), Gibson does blend everything together masterfully.

For what it’s worth, Hacksaw Ridge does convey a deeper meaning and a takeaway to life, that at the end of the day, what we can continually count on are our values. And, if we are willing to give up these values in order ensure an easy life, it would be at the cost of our individuality.

Yes, Hacksaw Ridge is indeed your typical Oscar bait and it certainly works. Who doesn’t love a triumphant underdog story everyone can get behind?