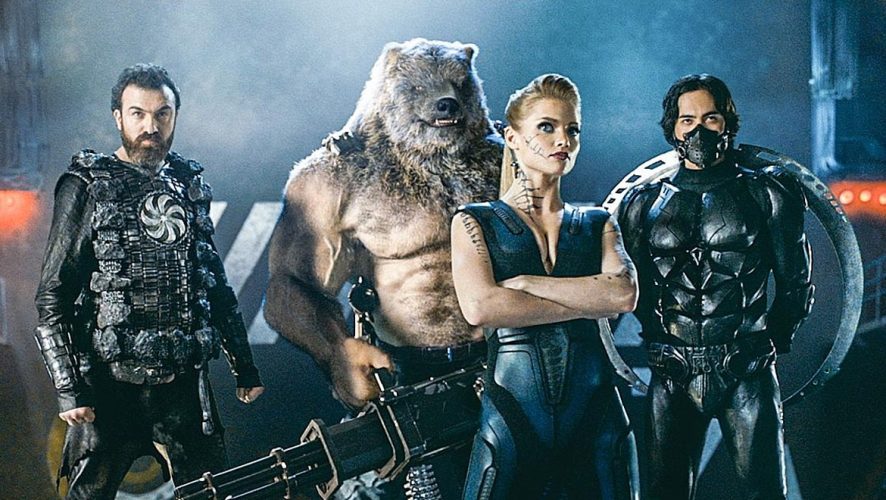 The worst thing about putting up with the hour-and-a-half Russian superhero cut-copy-paste flick Guardians is that deep down, I really wanted it to be an over-the-top, overacted, “so-bad-it’s-good” nonsensical ride.

I mean, the trailer showcased a werebear with a machine gun strapped on its back. What’s not to love?

Instead, what ended up on screen is a snorefest that tries too hard to be taken seriously. It plods on without any self-awareness of its comic-book inspired genre, currently dominated by Marvel and DC Comics. It’s like as if audiences have been trolled into thinking that they could find an iota of comedic gold amidst the haystack of cliches in this tainted celluloid. 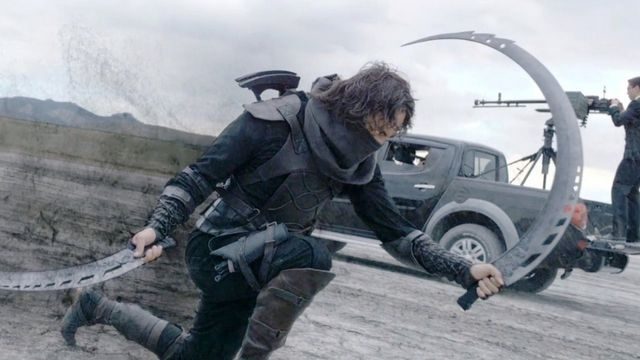 The movie’s premise is as generic as you can get: there’s an electricity and machine-manipulating bad guy named August Kuratov, who wants to destroy Russia. A Russian who doesn’t want to destroy America! How original. He looks like a handsome, jacked-up version of Sloth from The Goonies, while cosplaying as Whiplash from Iron Man 2.

Because of the massive damage he will wrought, four superhumans from the super-secret Cold War-era Patriot project are reunited, to kick his ass. They are Ler (Sebastien Sisak), the rock-manipulating guy, Khan the teleporting curvy blade-wielding ninja (Sanzhar Madiyev), Xenia (Alina Lanina), a water-based invisible woman whose powers are introduced in a lazily-put together exposition circus scene, and the aforementioned werebear, Ursus (Anton Pampushnyy), who wields a giant chain gun at the last third of the film.

This premise sounded like a recipe for a possibly bad, but highly entertaining film. At the very least, it could have been played for laughs and the actors could have had fun hamming it up. So what went wrong? 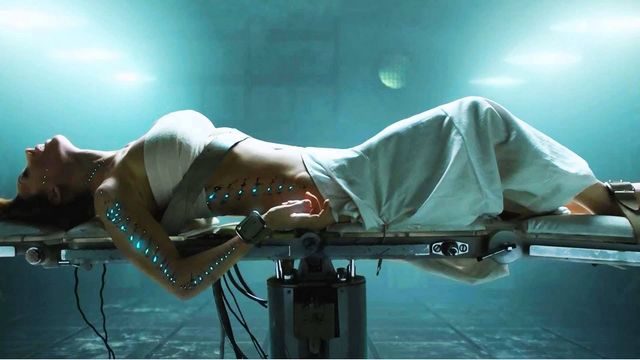 The fault likes primarily with director Sarik Andreasyan and writer Andrey Gravilov, as they went for a serious superhero story approach, with inspiration from the Marvel and DC cinematic universes. Okay, so it’s less “inspiration” and more “copying and ripping off”, but even then, they did a bad job at turning the cliches and cookie cutter story on its head, to deliver a fresh Russian-accented experience.

There’s just so much bad going on in the film, and it’s not the kind that elevates it to cult status. The acting is deadpan and no character, good or bad, has any distinguishable personalities. The cast does not seem to be having fun while going through the motions of the film, while the musical cues are jarring and rely too much on bass, like it knows that it’ll snap viewers awake after being rendered near-comatose during the talking bits.

Speaking of which, character exposition and backstories are not set up and paced well, but instead come crashing down like a bus like we’re suppose to give a damn at the last minute.

The fight scenes are less than inspirational, especially the first fight which actually made the heroes look like weak little runts. The heel turns for some characters and their deaths come off as poorly-executed. And forget about judging it as a standalone action film – it’s got more exposition and talking head bits than super-powered action. The climax is, get this, the four heroes’ attempting a group equivalent of a Dragonball Z Spirit Bomb, just a few kilometres away from the bad guy. 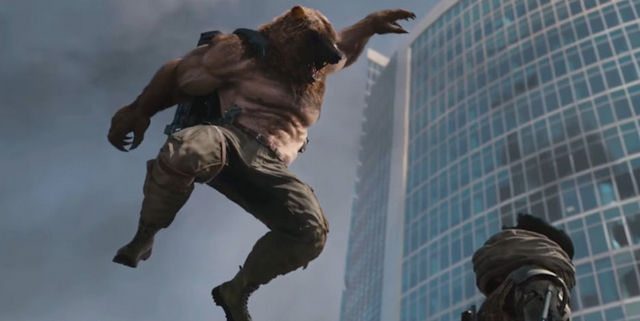 Andreasyan and Gravilov will go down in history as creators who fail to make its goldmine based on a common, popular premise. The movie is memorable, but for all the wrong reasons. Guardians is the bad kind of bad movie, a forgettable bland experience with no redeeming qualities worth noting, except for its trailer. Okay, at least there’s that one scene where the werebear got bitchslapped by Kuratov after some forced grunting and yelping.

Please don’t go into this film thinking that it’ll be the next Darkman or Mystery Men, but in a different language. Don’t even think that it’s salvageable as schlock entertainment value, in the same vein as the 1980s and 90s live-action versions of Captain America, Nick Fury, and The Punisher.

In fact, don’t even go in at all. Guardians is the 2017 poster child on how NOT to make a memorable superhero film, camp or no camp.

Are you even surprised at the outcome?

A family-friendly bundle of joy that promises a beautiful lesson to learn for kid viewers.