The Google Pixel 6 series marked a bold departure from the visual identity of its predecessors, sporting a new design language that brought a premium, polished touch to an otherwise pedestrian – though unique – smartphone build. In place of an aluminum chassis, a matte back, and a squarish three-camera setup, Google’s flagship offered the fresh combination of a metal alloy frame, a curved glass front and back, as well as a camera bar.

Most of these artistic decisions continue to have a place on the Google Pixel 7 Pro, the latest flagship smartphone from the tech giant, and the bigger sibling of the Pixel 7. It’s a charming device that oozes sleek, handsome aesthetics and packs in plenty of brawn for an upgraded user experience – even if the difference is more of a small step forward than a significant leap.

Like the previous iteration, the device boasts a curved glass display with a 3120 x 1440 resolution, a maximum refresh rate of 120Hz, and a fingerprint reader underneath that still is a little finicky, but can now be disabled in favour of the all-new Face Unlock feature. A punch-hole camera sits round the front, while the power button and volume rocker are flushed all to one side. The base, meanwhile, houses a sole USB-C port and a set of speakers. There are three colour iterations this time: Snow, Obsidian Black, and Hazel, the last of which is the version of our review unit.

Flip to the rear, and Google’s stylish, clean-looking ‘G’ logo can be found. The Pixel 6 Pro’s triple camera array has also been carried over, but there are some distinctions here. Rather than being embedded in a dark glass camera bar, the trio of lenses are parked within two separate cut outs: a pill-shaped one for two of them, and a standalone ring for the third.

The glass finish is now topped off with a strip of metal that doesn’t protrude out as much, which allows the Pixel 7 Pro to lie down flatter – though not entirely – on surfaces. The shiny sheen also makes it look less stealthy and classy than before, but at least there’s added resistance against scratches.

As with its predecessor, the device continues to be a fingerprint magnet, and can be slippery to hold at times, so its rubberised, grippy phone covers come highly recommended for butterfingers. Measuring 162.9 x 76.6 x 8.9 mm and weighing 212g, it feels considerably hefty in the hand, and does come across as more dense than the iPhone 14 Plus and Pro Max, both of which bear similar dimensions.

That’s not to say that the Pixel 7 Pro isn’t a good and snug fit. It is, and users will find the phone resting comfortably against their fingers when in use. The grip may be a little awkward for those with smaller hands, however, and its larger-than-average build can be tiring to hold onto with one hand, especially over extended periods of time. Finger cramps or strain is a common occurrence in such instances, so two-handed use comes highly recommended for horizontal viewing, such as playing games, watching videos, or snapping pictures.

Photography, in particular, has always been a strong draw of the Google Pixel series, and it’s no exception here – for the most part, at least. Armed with a 50MP main camera, a 12MP ultra-wide camera, and a 48MP camera with 5x telephoto, the device is well capable of delivering sharp, vibrant visuals in natural-looking colours and great detail – an offering that’s further boosted by the new Tensor G2 chip. Check out some samples below (a more detailed breakdown can be found over at our smartphone camera comparison test):

More importantly, this crisp quality carries over to the zoom camera as well. Zoomed-in images remain largely free of fuzz and noise courtesy of the 30x Super Res Zoom feature, with most of the detail still present, even in low-light conditions.

Night Sight, meanwhile, has been upgraded from the Pixel 6 Pro, and now takes less time to capture and process images. There’s reduced grain as compared to before, and the hues and tints are accurately replicated. The feature works to tone down light flare as well, and the difference is noticeable when compared to standard mode. 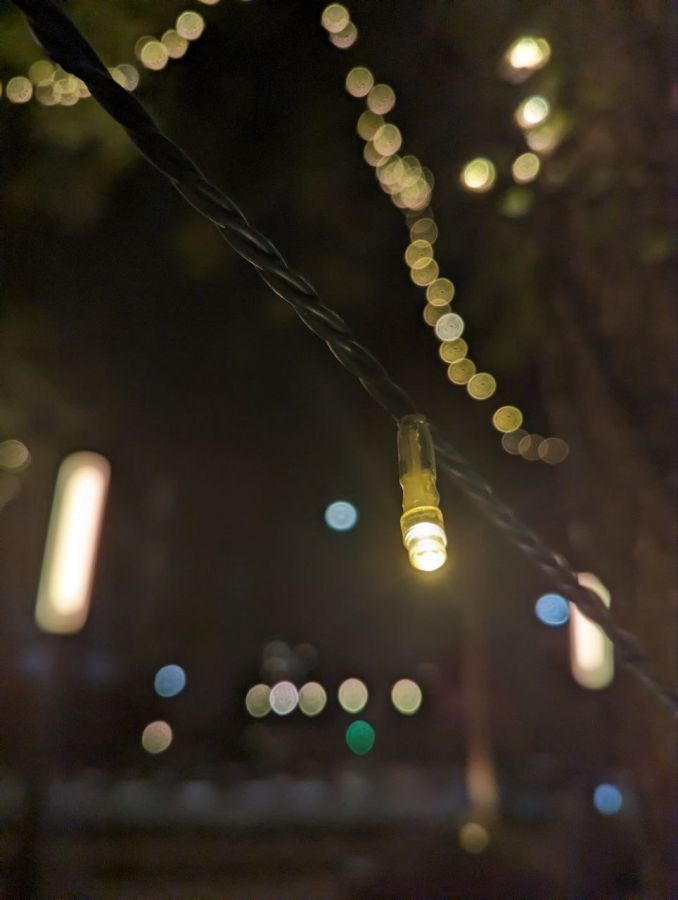 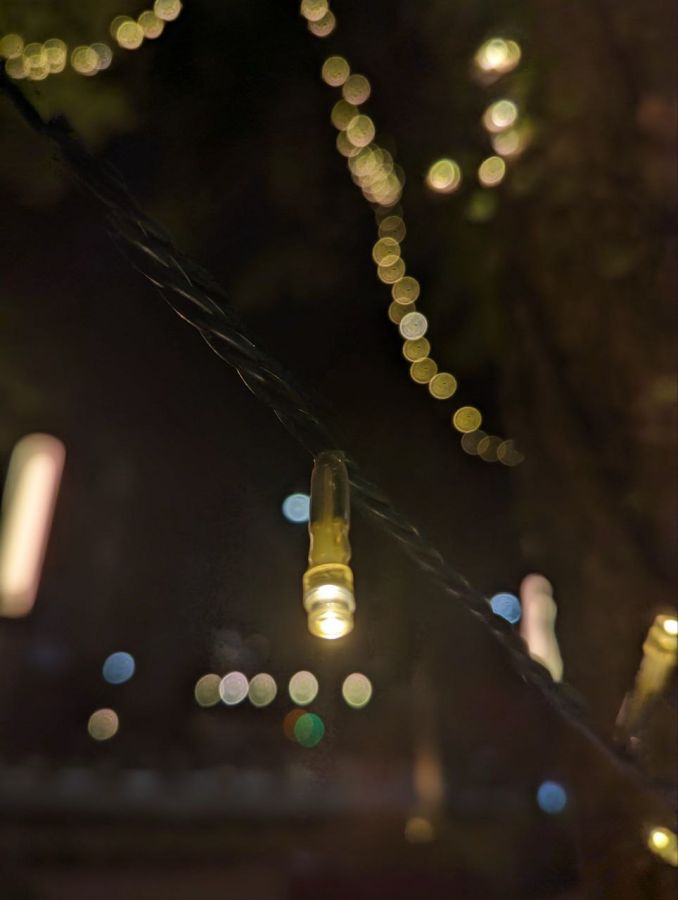 As with new iterations, there are always fresh additions to the photography and editing roster, such Motion (see the difference below), Face Unblur, and Photo Unblur. The standout this time is the Cinematic Mode, which impresses with highly-accurate tracking for moving subjects, adding to what’s already a strong videography prowess. Indeed, video quality is where Pixel 7 Pro trumps its predecessor in a big way, with 4K 60fps recording and an option for 10-bit HDR. 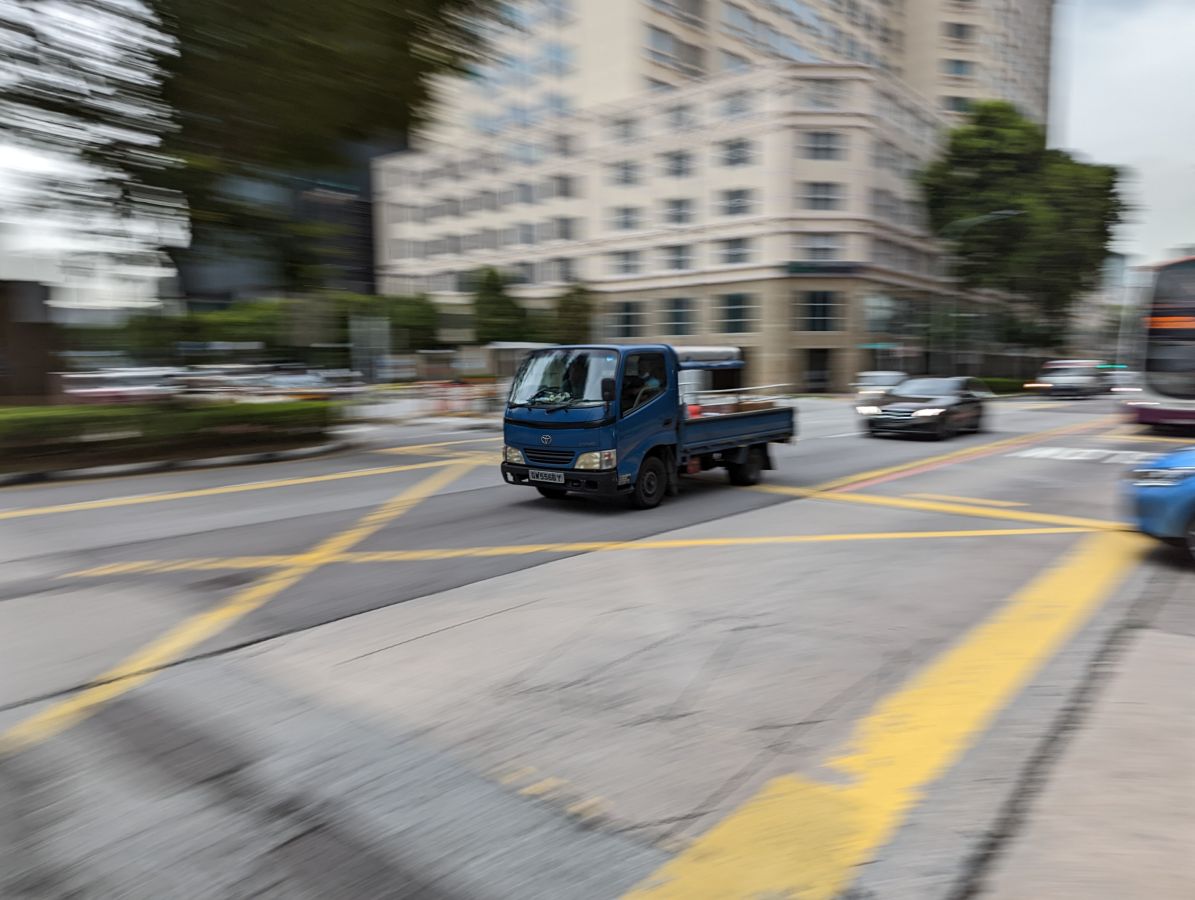 Others, though, fall flat. The newly-added Macro, for instance, is extremely janky and often loses focus on the subject, which makes the Portrait Mode a much preferred choice for close-up shots. It’s a little disappointing that the Pixel 7 Pro has failed to deliver in this aspect, considering how the Macro functionality is now a mainstay on most smartphones, including even the entry-level models.

Round the front, the 10.8MP camera is a slight downgrade from the Pixel 6 Pro, but it still does a decent job of capturing selfies. Colours are vibrant, and the background bokeh is natural enough, though there’s some loss in detail when zoomed in. Under bright lighting, the image can be prone to some oversaturation, but that’s nothing a little editing can’t fix.

Still, it’s undeniable that reviewing these images on the device makes for a pleasant affair. The 6.7-inch screen offers plenty of real estate for day-to-day tasks, and is a delight to watch videos on. Pulling up the likes of Cyberpunk: Edgerunners, Bleach: Thousand-Year Blood War Arc, and The Midnight Club yielded lively colours, decent contrast, and crisp visuals – an experience that’s elevated with the loud, intuitive speakers on the Pixel 7 Pro.

These stereo speakers are no slouch either, and are as good as built-in ones can go, especially with its surprisingly good transmission of directional audio. Navigation on and between apps, meanwhile, is snappy and effortless.

While not an ideal gaming pick, the phone’s new Tensor G2 chip packs in sufficient horsepower for casual sessions (our gaming test reveals more of the nitty-gritty, if you’re into that). It handles action in Genshin Impact and Apex Legends: Mobile competently, and despite occasional stutters, is able to deliver smooth gameplay at a fairly consistent frame rate. There are some signs of overheating when things kick into high gear, but the warmth is evenly dissipated throughout the frame, so users won’t have to release their grip within a concentrated area of heat.

The Pixel 7 Pro touts a battery life of more than 24 hours, but real-world use seems to suggest something closer to 18-20 hours. Naturally, that depends on the load that the phone is being put through, but it’s nonetheless more than sufficient to last through a typical workday. Charging speeds remain unchanged, with the 5,000mAh battery hitting the 50-percent mark in around 30 minutes from an empty tank. It can be charged using any USB-C wire, but do note that not all of them support fast charging, so it’s recommended to use the default one instead.

Speaking of incompatibility, the device won’t be able to work with every SIM card. It was an issue that plagued certain users of the Pixel 6 lineup, and it continues to affect those without the 5G network here — a point of frustration that’s further aggravated by being locked out of options to change the relevant settings. Individuals who are looking to make the switch should, as such, check for the compatibility of their SIM card first before purchasing the phone.

At S$1,299, the Google Pixel 7 Pro packs in quite the punch. It improves on the strengths of its predecessor, and debuts some new features, bringing a competent mix of aesthetics, feature-packed functionality, and photography prowess. While these upgrades aren’t compelling enough for owners of the Pixel 6 series to make the switch, they come highly-recommended for those looking to make the leap from Apple or individuals with older Android models. The wallet-friendly price is but a bonus.

Google’s latest flagship offering is a small step up from its predecessor that impresses in most areas. It doesn’t warrant an upgrade from the Pixel 6 line-up, but presents a tempting prospect for Android users with its formidable performance, clean aesthetics, and affordable price point.