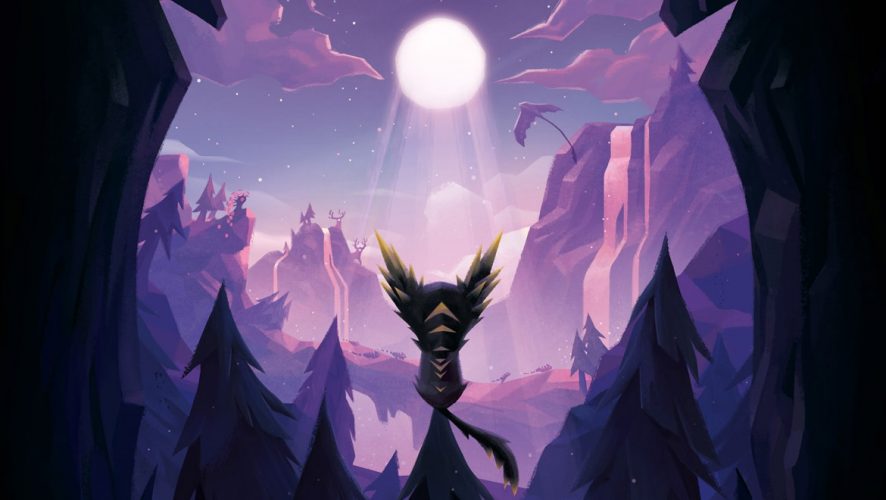 In between visiting relatives and eating all of the things, I played Fe, the latest game from Swedish indie developer Zoink. The game was released over Chinese New Year, and the small, atmospheric, Journey-like title quickly won my heart and ears, though not my eyes so much.

Songs of the Forest

In Fe (the most common pronunciations I’ve heard are “fay” and “fee”, but the correct pronunciation is “fair”, which sounds like the Swedish word for “fairy”) you play as a woodland creature who is attempting to save her forest home from the Silent Ones, a group of invaders who are capturing the other animals, through song. Don’t worry, it’s nowhere near as Disney animated film as that just made it sound.

It is more like Journey in tone and presentation, as exploration and story are more important than speed or high scores, and the world and story are presented with no text or voice-overs. The most you get are occasional button prompts (though even those are few and far between; you mostly figure everything out by trial-and-error or by watching what other creatures do with their songs) and rock-carving on various stones throughout the forest. 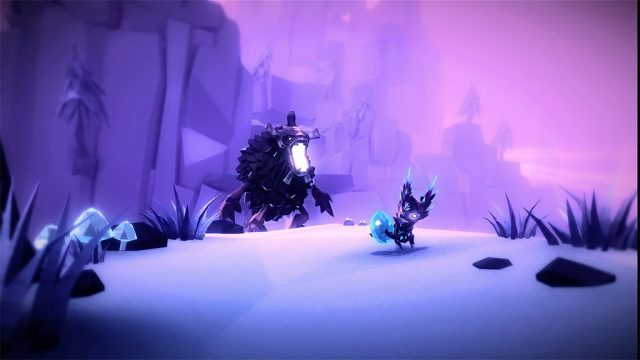 The music and sound design in this game are phenomenal. Composer and sound designer Joel Bille really took a lot of care to make sure all the songs the creatures sing are wonderfully varied, and the music is beautiful and haunting. Unfortunately, the same cannot be said for the visuals. While the character designs are legitimately adorable for the animals and legitimately creepy for the antagonists (both greatly enhanced by Bille’s sound design), the forest is far too dark.

Every section has a main colour to differentiate it, but all the colours are dark: dark blue, dark green, dark purple, etc. It can make for a difficult or confusing playthrough, and much of the detail gets lost in the various dark shades. The only times there is anything other than cool colours are when the Silent Ones are nearby and attacking. The colour palette switches to angry reds and oranges, though those also have a dark wash to them.

Fe is primarily a 3D platformer with some stealth elements. There are really only two buttons you will use while playing: X to jump, and R2 to sing. Singing is pressure sensitive, however, with the song being louder the harder you press. Most things don’t like it when you sing too loudly, and you may attract the attention of the Silent Ones if there are any nearby. Progression in the game is marked by completing the various sections to unlock more songs. Each song does something different with different plants and animals, which will, in turn, help you unlock more of the world. 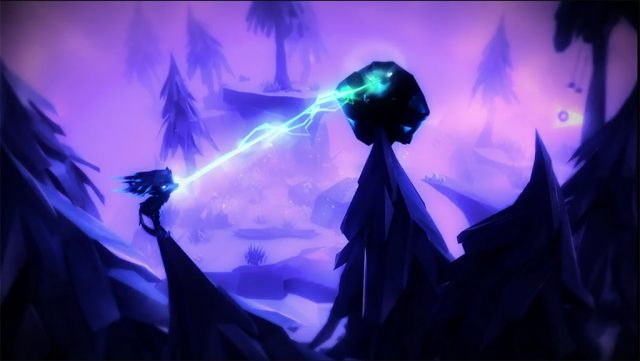 You can also unlock more abilities by collecting various pink gems around the world, but only the first two, climbing and gliding, are required to complete the game. All this serves the platforming element as every new song and ability lets you roam further in the world. The platforming can get a bit difficult in some sections (there’s one memorable bit where I had to clamber up a giant creature, reminiscent of climbing a Tallneck or a Colossus, and I fell off more than once), but it’s never fiddly or twitchy.

This is a short game and will take you only 5-6 hours to complete (perhaps less if you die less often than I did).  This can be lengthened by exploring more thoroughly and finding all the collectables (besides the ability-unlocking gems, there are also the various art stones and Silent One helmets that trigger flashback cutscenes where you play as a Silent One for 30 seconds or so) and by turning off the map waypoint. 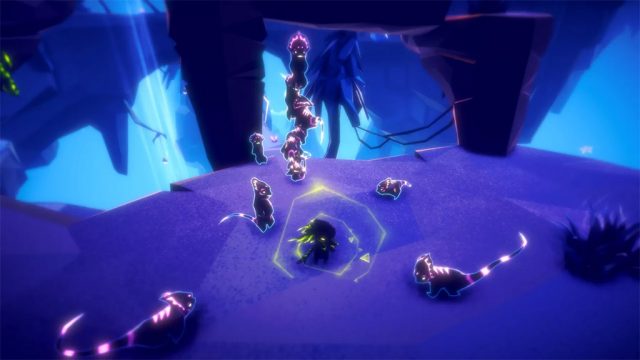 There is no HUD, but a quick press of R1 will bring up the map and waypoint telling you where to go next. You can turn off the waypoint to make it more difficult. If you get lost at any point, you can always call a small bird by singing as loud as you can for a few seconds, and it will lead you to where you’re supposed to go next (though thanks to the overwhelmingly dark palette, you will lose track of it more often than you’d like). But maybe don’t do that when there are Silent Ones nearby.

Overall, Fe is a fun and interesting platformer but is quite short for a S$32 price tag on the PSN Asia store (I checked so you wouldn’t have to, and it’s $20 USD on the US store, and £15 GBP on the UK store). Depending on how your appetite is towards indies, your overall mileage may vary.

Fe is a fun and interesting platformer with amazing music and sound design, pretty good character design, and not good environment design. The relatively high price point may put off some, especially as it’s a pretty short game all told.