Civilization as a game has always been a time sink — an epic journey of global expansion that sees a group go to nuclear devastation and its new expansion, Civilization VI: Rise and Fall, is the most complete and organized form yet.

While the original Civilization VI already provides a solid foundation to build from, the latest expansion puts a new spin on the evolution of your civilization. As you lead your people through the annals of history, the titular rise and fall of your legacy will coincide with new eras, and Golden/Dark ages.

Defined by your civilization’s technological exploits, cultural milestones, and noteworthy discoveries, the new Era Score does not just reflect your progress as a people but determines your standing as a whole across the world.

With the game progressing to the next age at a fixed pace, it breaks down the usual formula into less complex parts. No matter your direction, your scientific pursuits are rewarded, and while having a plan with foresight is always advisable, you will not be left too far behind when the next era begins.

This change helps balance out the old expectations that the most advanced civilization will always turn out to be the victors, and give the other civilisations a fighting chance.

However, this mechanic is further enhanced by the addition of Golden, Dark, and even Heroic Ages. As you race to build your civilization up, exploring, making friends and enemies alike, your Era Score is tallied, and depending on how many points you have when crossing eras, the corresponding Age will occur. 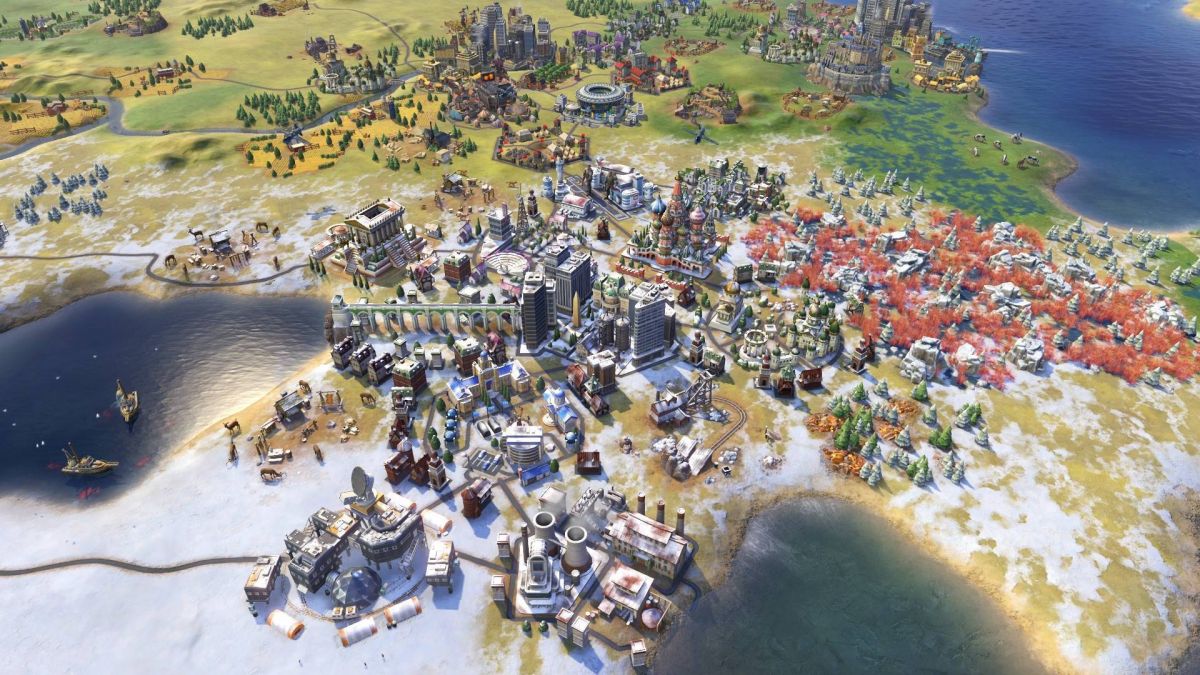 As the name suggests, Golden Ages will bring unparalleled benefits to your civilization, and ensures the undying loyalty (more on this new addition later) of the cities under your rule. A Dark Age will be a testing period, as revolts can happen that result in free cities that are essentially a free meal for a hungry civilization looking to gobble up and expand.

It’s not the end of the world if you enter a Dark Age, of course. The challenges are hard but not impossible, and a deft ruler can easily emerge unscathed. Go one better and gather enough Era Score during a Dark Age and you will be blessed with a Heroic Age in the next era. This confers even better bonuses than a run-of-the-mill Golden Age.

Each specific era also allows you to pick dedications, era-long bonuses that can grant powerful abilities when used right, like the ability to augment your faith production. Hurray for the religious zealots!

While a fresh approach to the different eras of a Civilization game is a long time coming, the penalties are not as demanding as one would have expected them to be. While it is the Dark Age, the gentler nature of it will help new players get accustomed to the demands of running a civilisation, and makes it such that failure is not definite. New in Rise and Fall is loyalty, a metric that measures your people’s commitment. Maintaining a functioning and thriving civilization goes a long way, but when your neighbours begin encroaching on your territory, the glances of envy can be a force to be reckoned with.

Your foes can undermine you with espionage, and you can return the favour. Special leader abilities, city projects, and even Governors can affect loyalty in a multitude of ways. It is a new and interesting way to interact with the civilizations that are around you if you play your cards right. Enough disloyalty will erupt in civil unrest, and revolts can lead to your cities declaring themselves free, and as mentioned before, ripe for the picking for other empires. 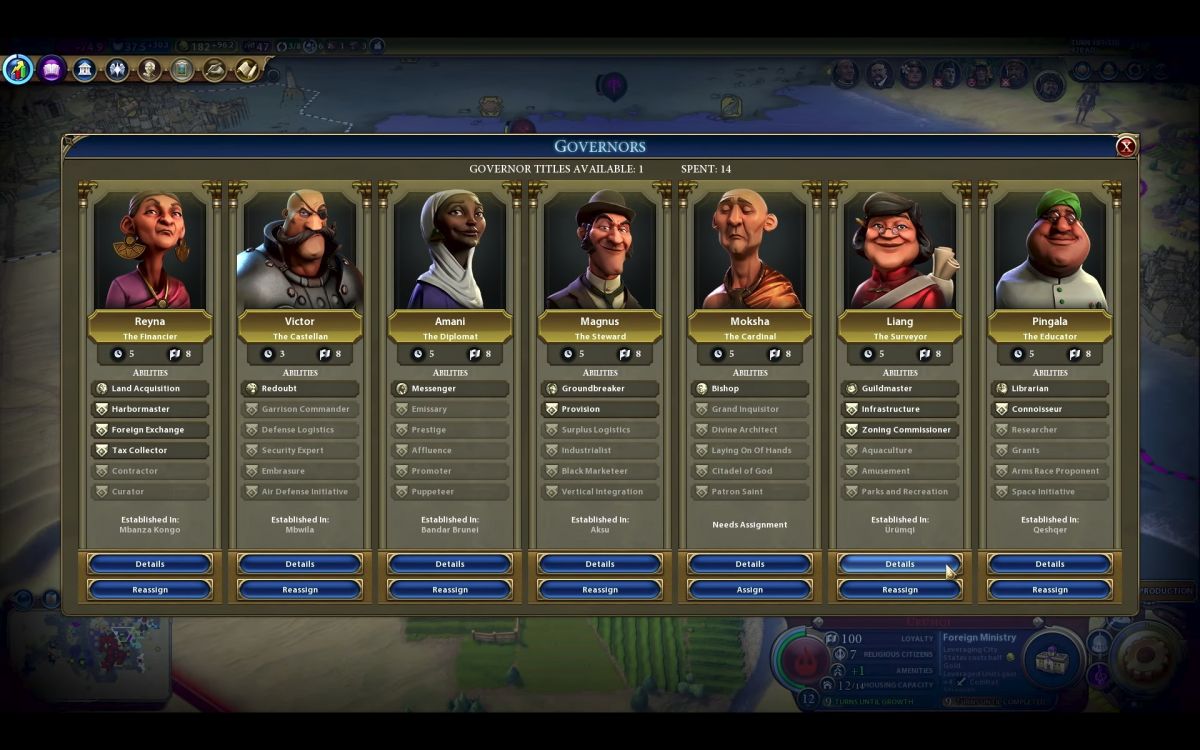 The new Governors can also help steer your direction of expansion in Rise and Fall. These individuals come equipped with specialised skills, that are useful to a variety of playstyles.

Leaders are free to have a retinue of low-level Governors around the empire, and focus on a few to unlock bigger benefits. Why build districts when you can just pay for them?

Relations with the world’s powers have also been slightly tweaked. No longer are alliances a one size fits all solution. Enhanced Alliances now requires specialization, be it Research, Cultural, Military, Religious, or Economic Partnerships. With three tiers to each alliance, how you deal with your partners is another metagame to keep an eye on. These relationships can be a boon or a bane when an Emergency, otherwise known as cooperative tasks that affect every civilisation, is declared. Critical moments like the usage of a nuke, or war between close nations, can trigger an Emergency. It brings civilizations together for cooperation and big clashes, and spices up what could be routine turns.

It is not without rewards, be it for the target civilization or the members. It boils down to how much it’s worth your trouble for getting involved, but it is definitely fun to see the scenarios that play out. Nothing beats the feeling of the world coming after you and there’s nothing they can do to stop your momentum.

With these new additions as well as eight new civilizations in the mix, it is a solid package that changes up how Civilization VI plays. 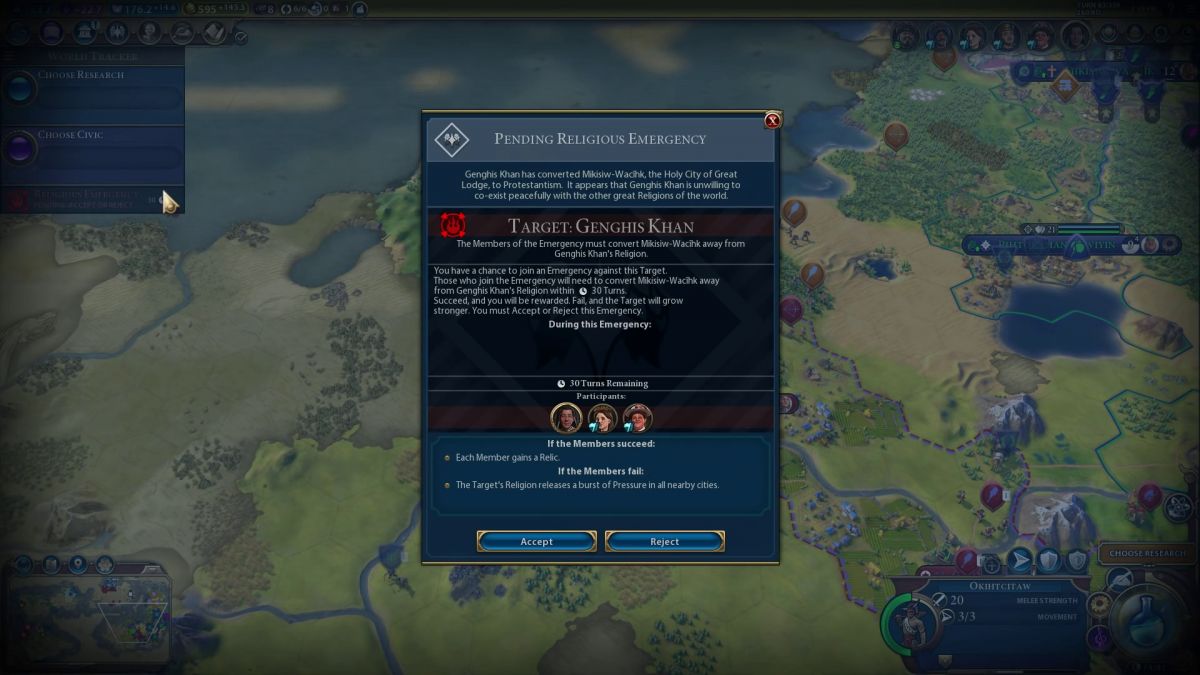 There is plenty to sink your teeth into, and many moments where you can decide how you want to change up your style. That said, if you are not a fan of smaller moments, Rise and Fall might not be your cup of tea.

For a long-running series like Civilization, the opportunities for tension and meta choices definitely gives a fresh take on a predictable model.

More to manage, more to love. Rise and Fall is a great addition to an already great game.