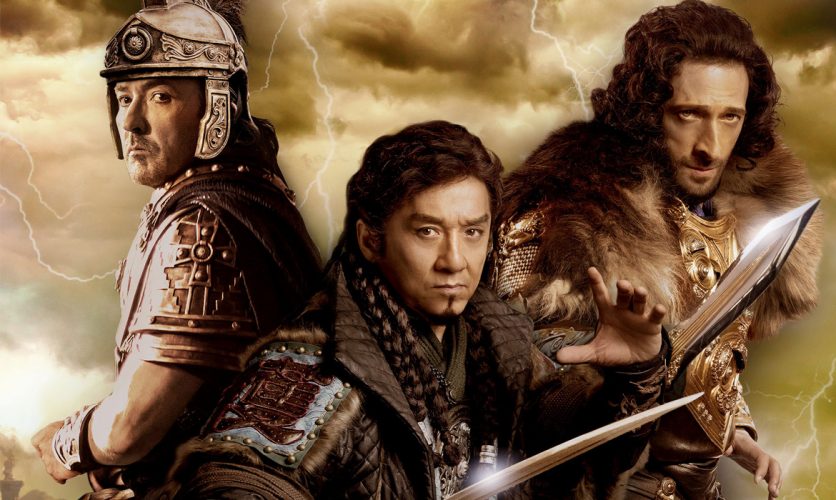 There comes a time in an actor-slash-director-slash-producer’s life where he or she needs to pull off a film to dispel the typecasting; to go beyond their comfort zone. In the legendary Hong Kong martial arts thespian Jackie Chan’s case, he pulled it off a couple of times with Shinjuku Incident and the critically-panned 1911. So here he is again as he stars in the Daniel Lee-directed Dragon Blade; would this be his defining moment where he could break out of the kung fu and slapstick mold that he successfully crafted since 1976?

Probably not, because Dragon Blade is a painfully average film masked by its grandstanding and high budget set pieces. In his attempt to craft something that strays away from Chan’s legacy of drunken kung fu and stunt-heavy action into a meaningful inspired historical piece, director Daniel Lee instead unleashes tedium that hit all the expected clichés, with only a few standout moments that peter out from the rest of the film’s mediocre-ness.

The story starts off with Chan’s character Huo An, the leader of the mediating Silk Road Protection Squad, fending off an impending tribal battle that highlights a glimmer of Chan’s trademark martial arts slapstick and customs misunderstanding with a female Hun warrior. She’s played by Lin Peng who’s there to look badass and pretty at the start and at the third of the film; she comes and goes in what could be the one of the most  laziest ways to bring in a character halfway in the film.

After Huo An’s group is accused of laundering money from trade by corrupted officials (well, the old school equivalent of it), he and his group is sent to a labor camp where he has to build a fort within the allocated time or face death. Along the way, a Roman legion accused of treason led by general Lucius (John Cusack) is forced to shack up in the camp after yet another altercation with Huo An and his motley crew. 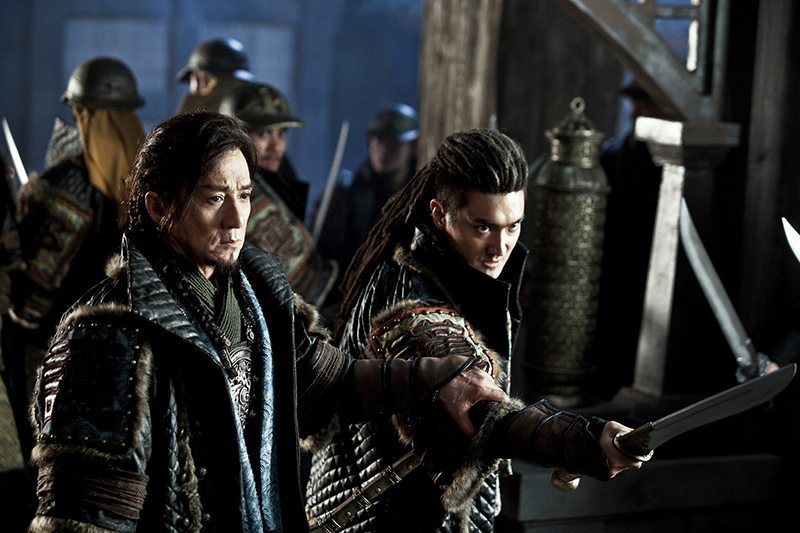 A friendship between Eastern and Western cultures soon follows, like a mish-mash of bromance moments from The Shawshank Redemption, 300, and Saving Private Ryan. Only it’s more forced and less genuine about it. Though to be fair, this section of the film created what could be a Han Dynasty/Roman Empire version of Step Up mashed up with a mock fight between two cultures that entertains even for a moment. At least before the film goes back to said forced schmaltzy man-bonding moments.

Oh, and Adrien Brody is involved somehow since he’s the de facto mustache-twirling villain without the facial hair but comes with the half-stoned and hammy yelling-it-out package associated with GI Joe villains. It’s not without entertainment value, but if this movie wants to be taken seriously as an inspired historical piece, this is not the way to go for your antagonist.

Speaking of not being taken seriously, painting your lead as the be-all-and-end-all messiah 80 percent of the time in the film is also one way to make your audience be apathetic. There’s no immediate danger felt for Chan’s character since he’s pretty much the chosen one with the God Mode turned on until the obligatory end boss fight for the “wayang” effect. You don’t see Huo An the guy getting back up from his fall in history; you see Jackie Chan pretending to do so with his obligatory motivational speech and inspirational musical number. And also beacons of light shining on his back to make the Jesus symbolism more apparent than usual.

At the very least, special mention should go to the labor camp head honcho who went from grade-A bunghole hindering Huo An to an endearing comic relief. Ditto for John Cusack’s American-accented Roman general who comes off slightly more human than Chan’s character.

I wish I could say the same for Choi “Super Junior guy” Jiwon and Wang Ruoxin. Their appearances as Huo An’s Silk Road Protector close associate and school teacher respectively do not leave much of an impression save for how suave and pretty they look on-screen. However, they’re still fresh off the big screen boat so they’ll still have more film opportunities since they have something this big-budgeted on their resume.

But surely the fighting theatrics can lift the veil of predictability, correct? Unfortunately, this isn’t really Jackie Chan’s best work. Apart from the first fight with the Hun lady which had sparks of ingenuity and that training-slash-friendly-duel bit, nothing really stands out and hits all the conventional notes to keep the easily-entertained on their toes. Archers pulling off Legolas-like feats? Checked. Roman soldiers clashing with martial artists wielding swords? Checked. A labor technique highlighted early in the film that has practical uses in the climactic battle? Checked and cue the snores. 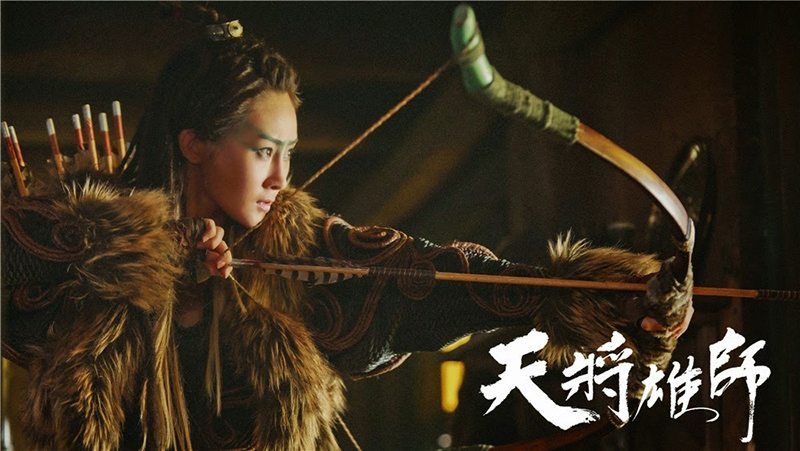 Dragon Punch (In The Nether Regions)

It’s no doubt that this film will make back all of its money and more, given its precarious release date on Chinese New Year, its headlining stars and marketing campaign touting its budget and its inspiration from history. It still doesn’t change the fact that this is a subpar combination of stylized historical showcase, camaraderie-forming drama, East-meets-West martial arts display and a vanity project featuring a legacy Hong Kong actor.

This is all topped off with a modern day archaeological discovery scene that’s blatantly shoved in to most likely appease one of the film’s shareholder who demanded to see snow, jetskis, a space satellite, and wireframes. In an inspired period piece. Just let that sink in for a moment.

Then again, the last historical film Chan was involved in was an unmitigated disaster of a propaganda piece. Which makes Dragon Blade a sort of a redemption tale, much like repaying your girlfriend with the food poisoning-inducing dish you cooked for her last time with a free meal at McDonald’s. Not as dire an offering, but still very uninspired and can use a kick of effort to jazz it up.