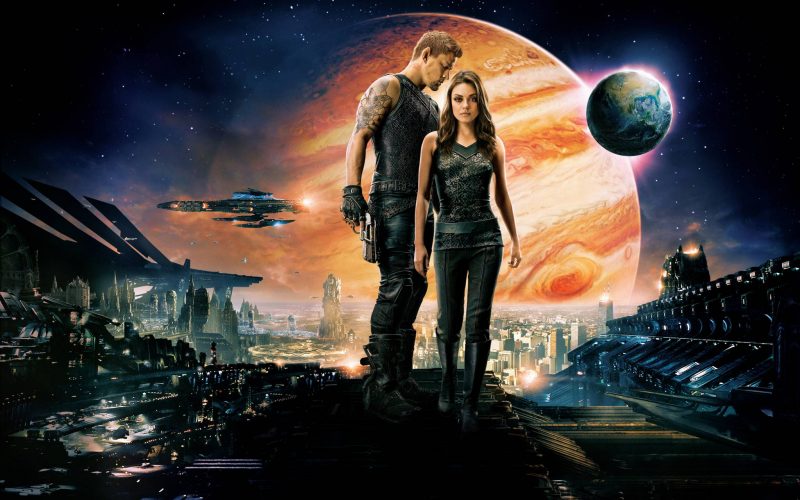 The Wachowskis are arguably one of the most ambitious filmmakers but it is starting to look like they have created their own problem in trying to out do a benchmark they have set so high with The Matrix. The remainder of its trilogy, Speed Racer, and Cloud Atlas were all good attempts, but never quite reached the success they had with the very first Matrix movie. In Jupiter Ascending, they’ve managed to create a pretty looking sci-fi movie, but that’s where it ends.

The plot, in a way, might sound extremely familiar to those who have watched the Matrix. Instead of robots this time, Earth is now owned by some Alien dynasty and is a breeding ground for humans to be harvested as material in the production of a youth potion that allows this dynasty to live forever. The matriarch of said dynasty dies under odd circumstances and now her children fight over each other for her throne. 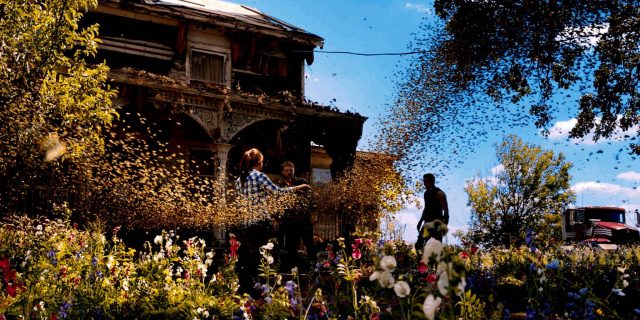 Then comes Jupiter Jones (Mila Kunis) – a simple earth-born girl who makes a hard living as a janitor for homes, with little ambitions in life. Her uncanny resemblance to the dead matriarch has caught the attention of one of the Matriarch’s children, Balem. He orders for her assassination but is miraculously thwarted by Caine Wise (Channing Tatum), an ex-soldier spliced with the blood of both human and wolf.

Beyond that quick summary, a lot of story-telling and plot lines are introduced during Jupiter Ascending and does feel overwhelming at times. The Wachowskis have been known to create stories that big a scale, but unlike the first Matrix, where its philosophies were well-paced and gave its audience time to digest all that information, Jupiter Ascending felt rushed and a little too ambitious on their part. In their defense, this universe was created with very little source material other than the minds of the Wachowskis. There is definitely a good story somewhere, if only we could find it amongst the spectacular display of visual effects.

Speaking of visual effects, no expense seemed to be spared in making one of the most intense alien-ship dogfights to ever happen among skyscrapers. The two main characters hit the right mark when it came to stunts and action sequences for the most part. To end, Jupiter Ascending isn’t all bad. Despite some of the shortcomings it has in terms of storytelling, the film is still filled with exciting action sequences and solid performances from Kunis, Tatum, and Sean Bean (who plays this Han Solo character type and finally doesn’t die in, at least, this movie).

An exhilarating movie, whether or not you understand its overwhelming plot.