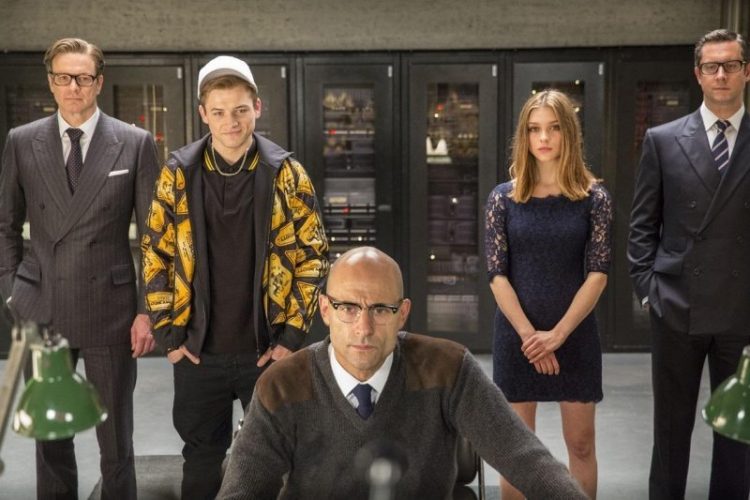 Does one need to rewrite the spy thriller genre to bring something new to the table in 2015? According to the team that brought you the Kick Ass films, you don’t need to: just add a lot more bloodshed than necessary, and frame it up in comic style.

Kingsman: The Secret Service is familiar territory if you’ve seen the Kick Ass films by director Matthew Vaughn and writer/cynical comics writer Mark Millar. It’s filled with over-the-top cartoonish violence and presentation with dollops of witty banter and action comedy. Only instead of superheroes, we get British double-O seven gentlemen spy trappings. For Your Eyes Only

The film focuses on a group called the Kingsman, a private British spy organization that operates above the government to keep the piece, with codenames based off Arthurian knights -think MI6 meet the Round Table. When one of their operatives Lancelot was offed during a rescue mission by unknown forces, the Kingsman group is off searching for a replacement. While Arthur recruits the best from top English schools, one operative Galahad (Colin Firth in his dapper-est) enlists a son of a previous agent who sacrificed his life for him in an earlier mission. Paying a life debt, Galahad also helps out the son, the rough-and-tumble boy from the streets Gary ‘Eggsy’ Unwin, to see that being a gentleman like him has nothing to do with upbringing.

You can probably see where Eggsy’s story will go if you have watched at least one Harry Potter movie or British boarding school drama. Clash between classmates and their upbringing, stern mentors with hearts of gold, and devious puzzles with clever solutions. All this topped with a diabolical master plan to cull the major world population with handphone tech led by one tech entrepreneur Valentine (Samuel Jackson with a lisp) and metal-legged bodyguard Gazelle that somehow gets approval from every world leader, and you’ve got quite a concoction of an action film that’s part outlandish funny book motif, part global satire and part James Bond parody.

It would be nice if it can maintain its composure however from a tonal perspective. It goes from spy spoof to grindhouse fightfest at whiplash-inducing speed. The film never settles on a good rhythm for its tonal shift in the midway point. But once it’s close to the end, the James Bond homage-slash-spoof bits come full circle and we’re all along for the ride rooting for the new generation of young spies to handle the situation.

And then there’s the church bit, a lovely meld of grindhouse action and top tier action editing. While it’s going to be one of this year’s memorable ass-kicking setpieces, you have to wonder if there was a better way for the filmmakers to lead audiences prior to this. Let me put it this way: as awesome as it is and how it bathes Colin Firth in action god goodness, you can take this scene out after minimal rewrites and it will not break the flow of the whole film. 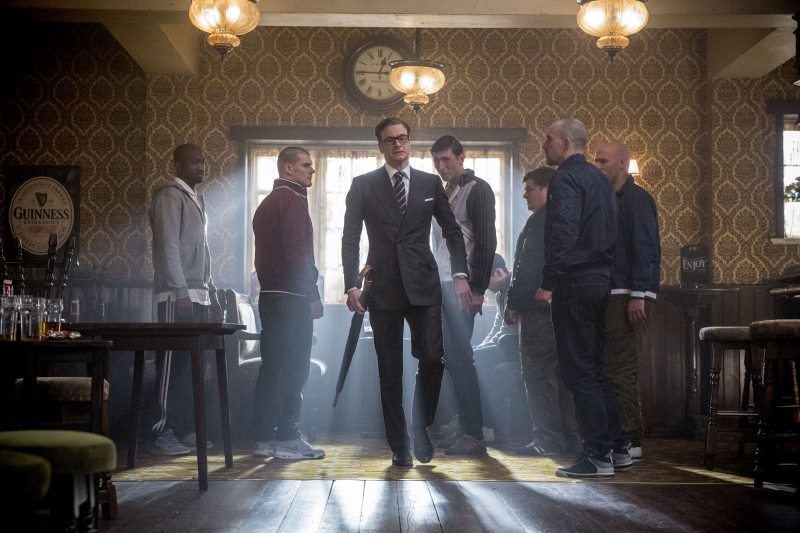 Speaking of British chaps, Firth basks in his role as a memorable mentor to the wide-eyed yet street smart Eggsy, characterized just fine by Taron Egerton. Michael Caine and Mark Strong play their bits as Kingsman figureheads Arthur and Merlin just like they do their previous British roles in  other films, while Samuel L. Jackson hits up the eccentricity level to a high pace as the tech entrepreneur Valentine complete with a running gag of him not able to stand the sight of blood and violence. They’re not mind-blowing performances, but they do the job just fine, and that’s enough for a film of this type.

If you want a great pre-summer romp with a lot of style and a slight bit of substance, you’re not gonna be disappointed by Kingsman in the least. But if you get a sense of deja vu and emotional disjointedness while watching this, don’t act too shocked.

Over-the-top & crass with a touch of elegance: one of the better spy flick tributes to tune into these next few weeks.