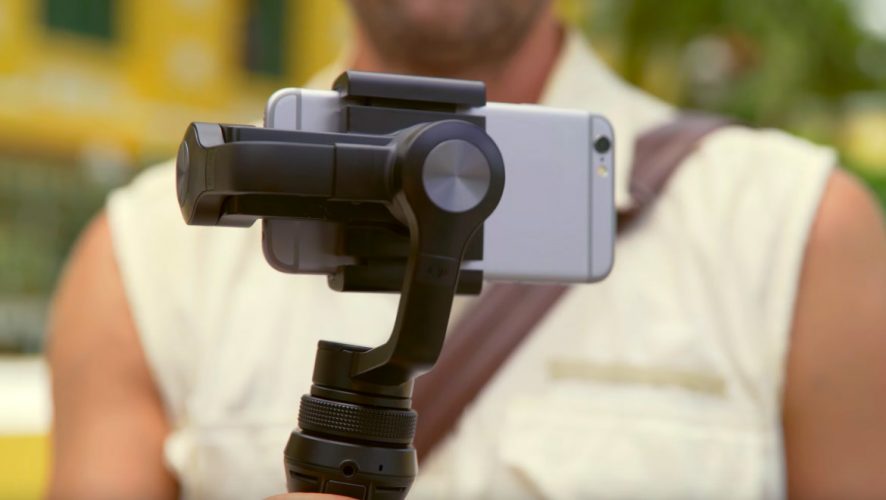 When you’re shooting a movie like The Blair Witch Project, you want to use every trick in the book to create a feeling of chaos and confusion, so a little (sometimes a lot of) hand shaking helps the film.

But when it comes to your family vacation, your wedding montage video, the latest performance by your child, that mad trick on your skateboard, or even just taking breathtaking scenery shots, having the camera shaking is the last thing you want.

But let’s face it – even the most steady-handed doctor is going to suffer from more than a little shaky-hand-syndrome (Unless you’re Doctor Strange). 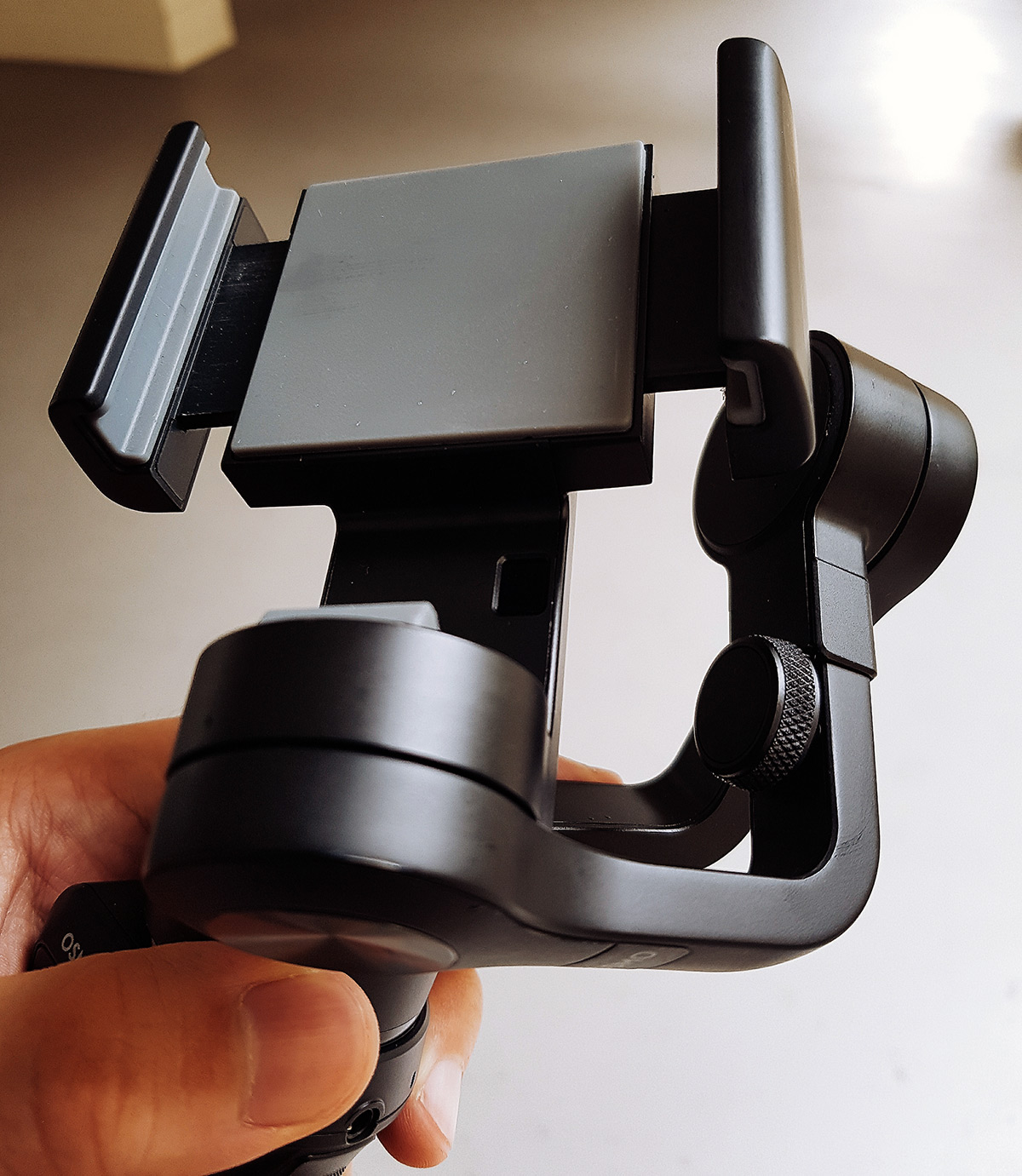 Enter the DJI Osmo. The same 3-axis gimbal device that has been stabilizing DJI drone footage for years is now available for your smart phone. At S$415, it’s no small investment, but then again, neither is the phone you’re shooting with.

The rectangle box packaging is beautiful, and comes with high-density foam that lovingly cradles the Osmo Mobile. The unit has a good weight to it, and magic happens when you turn it on. 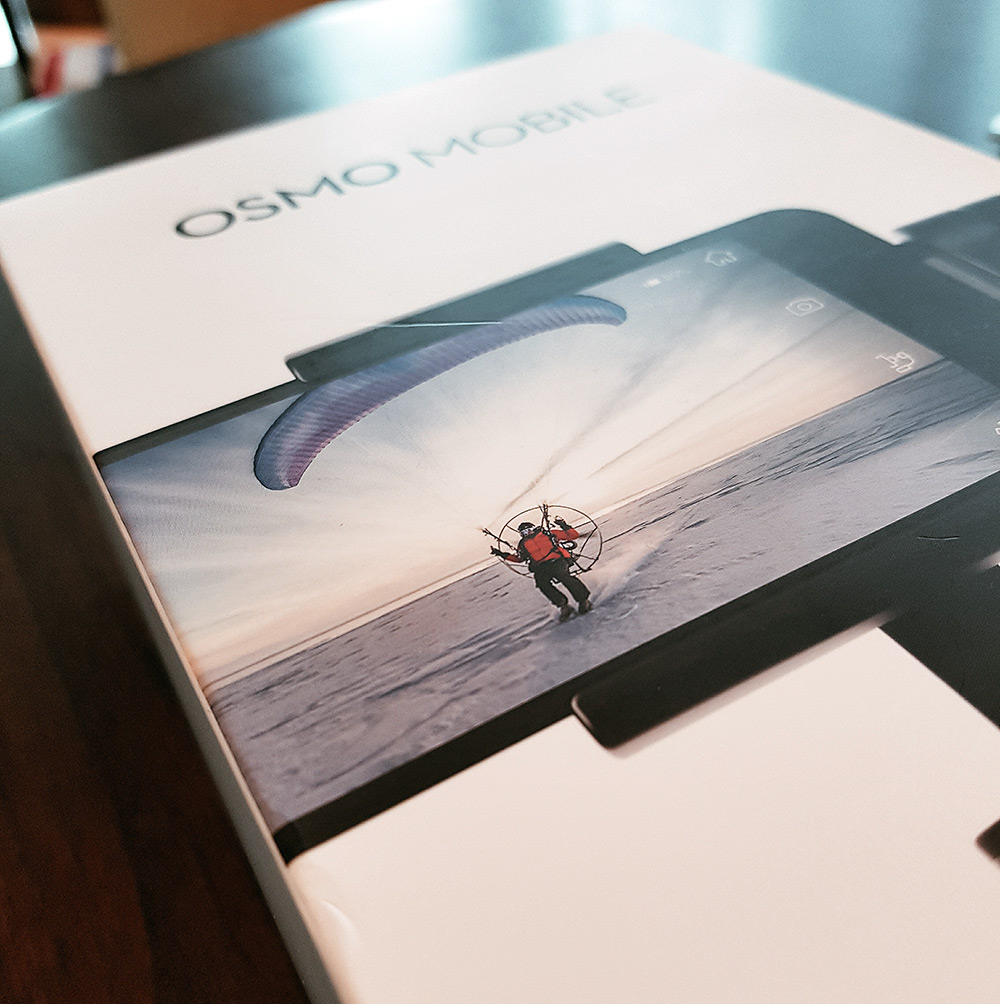 A gimbal is basically an instrument centered on an axis, such that when the instrument movies, the axis remains stationary/stable. So once the phone is placed on this axis, any movement of the gimbal, whether you are walking, lifting your hands or turning it around, does not translate into movement of the phone.

The Osmo Mobile comes in a beautiful matte black finish, with buttons that feel sturdy to the touch. You won’t be breaking this thing any time soon. Aside from the Osmo Mobile itself, you’ll find a USB charging cable, instruction booklet and hand strap.

The DJI Osmo Mobile unlocks most of its features through the DJI GO app, which connects your phone to an iOS or Android device via Bluetooth. With it, you’ll be able to use auto-tracking to keep the gimbal focused on your subject, to automate 360 panoramas, take moving time-lapse videos, and even use the joystick and buttons to control the camera in your phone. 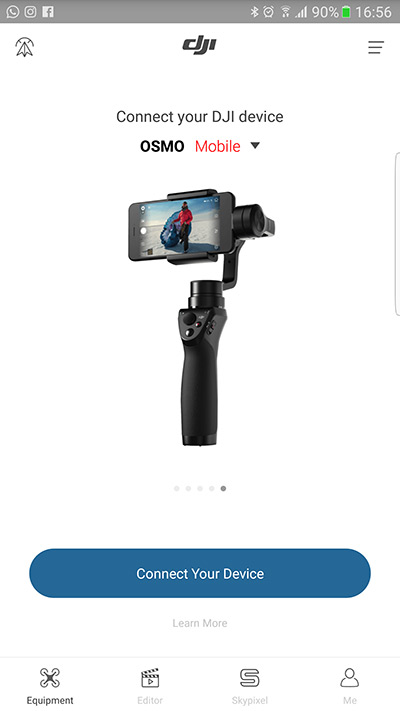 All of this is done using the DJI software, but once paired, the controls schemes are easy to master. The gimbal uses your phone as the primary gadget though, so even though there is a 3.5mm jack, it is actually a charging port, and you cannot use an external microphone to record audio.

There is a trigger button on the stock, and double tapping on it will flip the camera over, and activate the front camera, for when you want to record yourself. PUTTING IT TO THE TEST

Setup is a breeze. Download the DJI GO mobile app, calibrate your phone with a couple of turns of the metal knobs, and there you go. The unpowered unit is just a swirling mess of metal, but once it is turned on, the unit stabilises itself and rotates the phone accordingly.

When I first turned-on, or should I say powered-up (that feels more appropriate), the DJI Osmo, the gentle whirr of the gimbal took control of my phone immediately. As I slowly moved my phone around my room, I felt a little bit like a Jedi looking at a training droid for the first time. It had this almost magical hypnotic effect in the way it moved – so smooth. 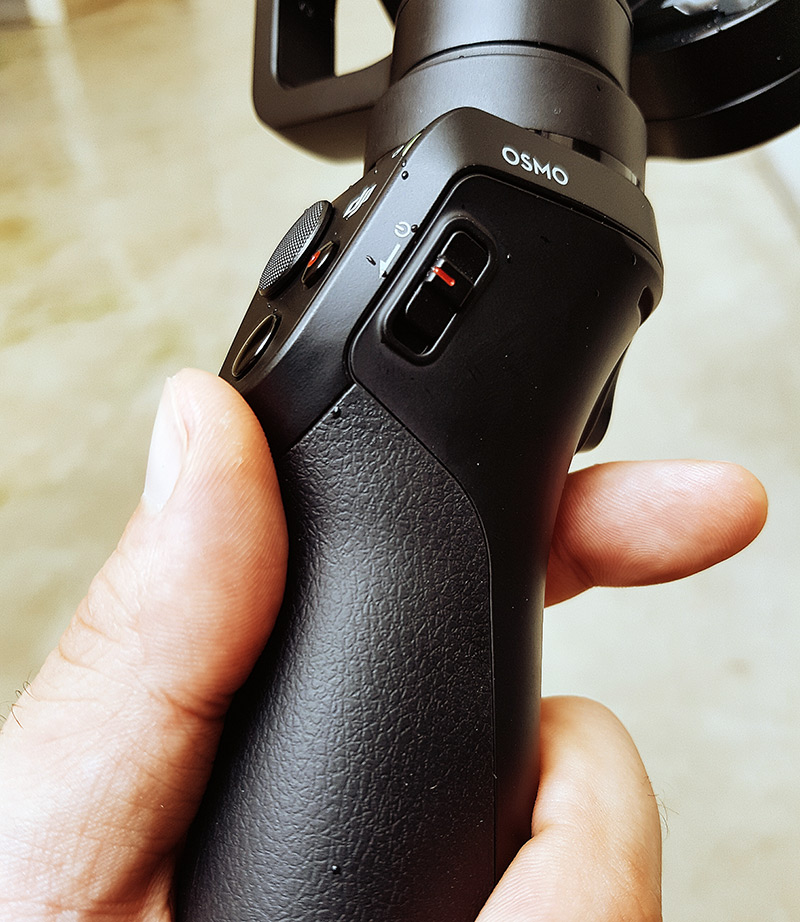 I spent a couple of hours parading around my HDB block, some of it with my poor dog in tow, acting like the next great film director. I had a lot of fun taking a variety of those typical cut-away shots from, you know, proper films, where the camera smoothly pans across the set.

There are three ways you can hold the gimbal. There is the usual grip, where the camera can be above or below your fist, and the torchlight way, where the gimbal is thrust forward.

The DJI Osmo did a great job of following and tracking my dog down the hallway, although the auto-tracking feature didn’t seem quite as accurate as I had hoped. It often lost focus of my little shih-tzu, who is none too fast. Other objects can also interfere with the tracking, such as when another moving object crosses over from the subject the software is tracking. 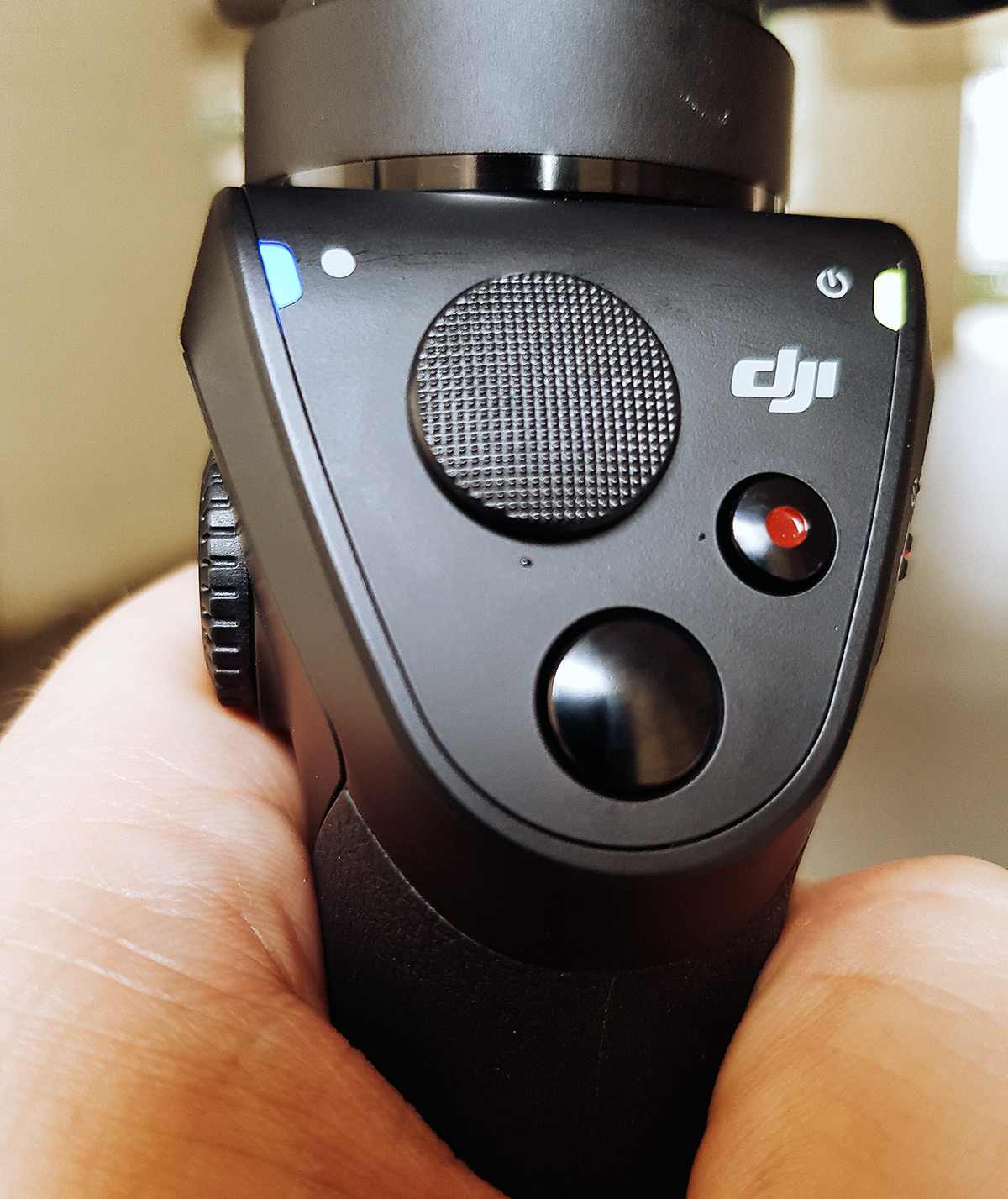 The one downside is not so much about the DJI Osomi Mobile, but more with the phones you’ll be using it with. At the end of the day, these are still phones and you’ll find yourself limited by the cameras and lenses available to them.

The bottom line, however, is that the footage I shot all looked super smooth and surprisingly professional. There is no more of that nauseating hand-shake.

It’s not cheap by any means, but using the product you can feel that it’s been meticulously made to be worth every penny.

The DJI Osmo is clearly a well-built accessory designed with the enthusiast in mind. If you’re just mucking about for fun, this may not be the device for you. But if you’re serious about producing better videos and getting rid of that nightmarishly amateur camera shake, you will not regret this purchase. The stabilization works like a charm, as expected from DJI.