Yes, we’re talking about sci-fi classic Destroy All Humans!. For gamers who are itching to wind the clock back to a simpler time, this remaster is a glossy current-gen repaint of Pandemic (heh) Studios’ 2005 action-adventure game. Black Forest Games and THQ Nordic’s release is a love letter to games of the PlayStation 2/Xbox era and iIf you’ve thoroughly enjoyed the original, then seeing the game pimped up with a shiny new graphical overhaul is a sure breath of fresh air.

…But probably only if you’ve really liked it the first time around.

Before we can get to the nitty-gritty of what makes Destroy All Humans! the king of its little universe, let’s jog your memory a little. The game puts players in the shoes of Crypto-137, the, well, 137th clone of an alien species that is sent on a sole mission to Earth to find out what happened to its predecessor, Crypto-136.

While they’re at it, Crypto-137 is also tasked with bringing the planet to its knees by razing entire cities, towns, and its denizens all to the ground using a series of lethal (and usually really comical) weapons while on foot, or taking to the skies in its flying saucer to rain extraterrestrial hell from above.

It’s a straightforward story which doesn’t really strike us as anything special, but makes up for it with tons of tongue-in-cheek humour, which is perfect for those that grew up watching the likes of Invader Zim on Nickelodeon. In terms of game length, it spans 23 half-hour-long missions (inclusive of one all-new, never-before-released secret mission), all of which can easily be completed in about 10 hours or less. It’s a nice game to pick up and play for about an hour or two to wind down after a long work day, simply due to the fact that the missions are short and can be started at your own leisure after the completion of the last.

However, there really isn’t much replay value here once completing the main story for the first time around. Even exploring the various levels freely and pursuing side content, or just messing around by killing humans or leveling cities with your flying saucer will feel bland after a while. Essentially, what you see is what you get in Destroy All Humans, which really isn’t much, even with this remaster.

From a graphical standpoint, Destroy All Humans does look fantastic… if it were made back in 2013. Once one peels apart the initial gloss, the game ultimately falls flat in this regard. For a game made in 2020, it certainly doesn’t look the part, despite the clear glow-up from the 2005 original. Character models, while generally rounded and well-detailed, still retain a little of the blocky PS2 polygons, which are glaringly obvious at various angles.

The water looks the most dated here, which splashes meekly no matter how hard the impact is, sputtering actual water pixels while at it. The updated lighting only serves to mask these visual flaws if only for a couple of hours, but after then, spotting them is as clear as day.

However, the graphics weren’t the only thing that suffered here — in fact, the audio seems to have gotten the short end of the stick in the port. Somehow, Black Forest Games forgot to remaster the audio quality, as it still sounds like it was made in 2005.

This is most evident in the voice overs, as they sound like they talk with a wet towel draped over them. Even when they’re not talking over comms, they sound like it, which takes away the immersion in many scenes. It doesn’t help that the original voice acting was sub-par for the most part, with the exception of a few, most notably J. Grant Albrecht as the sullen and cynical Crypto-137, and Richard Steven Horvitz as the incredibly nasal (in a good way) and snobbish Orthopox. However, the duo’s performances are marred by the poor porting of their soundbites over to the remaster, which is a shame, given they consist of a good 60% of the voice acting in the game.

If you’ve even touched a little bit of Destroy All Humans all those years back, expect more of the same, and then some, in the remaster. As Crypto, players get to wreak total havoc on the sandbox that is the entire level, whether on foot or in the Saucer. Almost everything that’s not the ground or water can be destroyed, including buildings, humans, livestock, vehicles, and what have you. Completing story missions and side content grants players Furon DNA, which lets them upgrade their various weapons for Crypto and the Saucer.

Over the course of the main story, players will get to unlock more weapons for Crypto other than the Zap-O-Matic, which shoots lightning that arcs to other nearby targets. Other weapons include the Disintegrator Ray, which literally disintegrates enemies upon contact, the Ion Detonator, which launches an ion bomb that detonates after a set time, and arguably the best weapon in the game (in our eyes, at least): the Anal Probe, which sends a tracking probe that drills into a human’s posterior, dealing damage over time, and exploding them upon death. It’s simple, unadulterated fun just running around and blowing everything within sight to smithereens.

If not, players can just use Crypto’s psychokinesis (PK) to lift and literally throw objects and enemies around for more mayhem, which is always fun to do. Crypto can even perform more stealthy abilities, such as assume the form of a human being, scan their minds, and even mind-control other humans to do its bidding for a little more subtle mayhem.

Destroying all humans in the Saucer is really cool too, and offers a nice top-down view of the environment. Seeing things blow up collectively after being razed with the Death Ray, Sonic Boom, or Quantum Deconstructor. However, one main issue we’ve faced is that the camera angle is fixed, and there’s no way to adjust it to get a better view of things. This is an issue that hasn’t been improved upon from the original, and Black Forest Games missed a golden opportunity to rectify that.

Additionally, controls for the Saucer on mouse and keyboard for PC feel a little clunky; we found it a little difficult to properly position the Saucer as it would move  Since the game was optimised for the PS2 and Xbox consoles back then, the movement controls feel much better on a controller. This was another oversight going into the remaster, but can easily be fixed if players use a controller instead of a mouse and keyboard (if they have one).

Black Forest Games has improved the gameplay upon the original by allowing players to multitask. For context, Crypto and its flying saucer can still be hurt by enemies, who deal damage to its shields, which have to be replenished by consuming brains along the way. In the original game, players had to either pick between replenishing their shields, lifting enemies or killing them with weapons in the heat of the moment, which at times would eventually lead to a frustrating Game Over screen. This time, gameplay has been streamlined thanks to the ability to perform all three actions at the same time, which speeds things up quite considerably.

Though the main story for Destroy All Humans! remaster is a relatively short one, there is still some incentive to go back in and play. The first time players complete a mission for a new location, it will subsequently be opened up to be freely explored upon completion. This lets players pursue side objectives such as Challenges, which grant bonus Furon DNA for more upgrades. Missions can be replayed at any time, which lets players complete previously-missed bonus objectives to unlock cosmetic skins for Crypto.

But despite all this side content, the game still ultimately feels shallow, and doesn’t provide any more incentive for players to pick it up and play after the first playthrough. It’s a good thing that this remaster retails for just S$40, which is considerably less than most AAA games today (though still a tad expensive, given how dated the game looks and plays).

Destroy All Humans! has the potential to be a solid remaster of a cult classic from the PS2/Xbox era, but it doesn’t provide enough to be any more engaging than the original. Black Forest Games certainly has done its best in trying to celebrate a relic from a bygone era of gaming, but ultimately falls flat in delivery. And given how the PlayStation 5 and Xbox Series X are launching later this year, the release of this remaster feels too little, too late from THQ Nordic.

Long story short, Destroy All Humans! is a remaster that came five years too late, and even then, still comes up short in terms of delivery. But if you’re just back to rekindle an old flame on your current-gen console, slightly dated graphics and audio shouldn’t really deter you from destroying all humans! 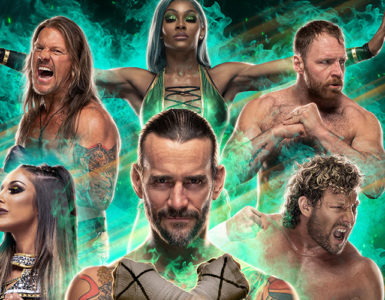 A new challenger has arrived.