This review was provided by 2K Games, with access provided via a special Epic Games Store account.

Much like the large variety of weapon manufacturers in the world of Gearbox Software’s Borderlands 3, the long-awaited first-person looter-shooter that started it all has something for everyone. A bazillion guns to go crazy with, sprawling planets that are ripe for exploration, four unique and satisfying Vault Hunters to choose from, bombastic humour that permeates throughout – the list of countless features that appeal to the masses goes on.

While there are certainly missteps along the way, there is little doubt that this is the best Borderlands experience to date. The third title brings a whole new level of mayhem to a universe of interplanetary adventure, mystical Vaults, and a commitment to a unique brand of insanity that remains consistent with the series.

Continuing the events of Borderlands 2, a new threat has arisen in the form of the Calypso Twins, who have united the bandit clans into the Children of the Vault (COV). These villains are seeking the Great Vault and its power, so it is up to you and your pals to take them down and save the world yet again, but this time with a brand new cast of Vault Hunters joining the fight.

It is a familiar setup, but Borderlands 3, like its predecessors, is powered by a personality that is so outstanding, that you cannot help but be swept up in its currents. It is nice to see new faces being added to the already considerable stable of the franchise, but having returning characters and a few surprises along the way has certainly made it even sweeter.

Borderlands 3 has gone one step further in embracing the meld of role-playing games and a shooter, with the various skill trees for Moze, Amara, FL4K, and Zane highly customizable. Although the formula of pumping your enemies full of lead remains, there are loads of opportunities to min-max your ability to kill and survive.

Combining Zane the Operative’s Violent Speed and Violent Momentum skills under the SNTNL tree gives bonus damage the faster the movement, and even faster movements after kills are made. In fact, all of his Kill Skills make him an efficient and swift killer, be it fire rate, reload speed, life steal, or even a Cryo Nova when you kill, and having a Digi-Clone out there just doubles the pain for the COV.

Amara the Siren feels powerful, as one who goes by the moniker of “The Tiger of Partali” should. While not the easiest of the Vault Hunters to use as most of her skills require her to be close to enemies, there is a ton of damage-dealing and damage-reducing options, depending on how you want to play it.

Moze the Gunner is a superior tank, adding damage-dealing abilities to her sustainability in the face of trouble. The more damage she takes, the more dangerous she gets, and if that is not enough, she can always digistruct Iron Bear for some crazy mech action and firepower.

And FL4K the Beastmaster is all about levelling the playing field with a friendly pet. Be it a Skag, Jabber, or Spiderant companion, FL4K is a frightening prospect who can easily let the animals do the work, or get the hands dirty if needed.

Add all of those amazing abilities to the arsenal of weapons provided by nine different manufacturers, each with their own bonuses and signature styles, and Borderlands 3 is a dream of infinite, bullet-dealing possibilities. The ricocheting bullets of the Jakobs brand is a particular favourite, especially with the high damage, and Torgue weapons are always good for clearing a crowd with their sticky explosives.

Players will definitely gravitate towards a few select brands suited for their style, but it is nice to know that there are choices, and it is always fun to see a Tediore gun chase after an enemy while you reload. Legendary drops add a new dimension to things as well, providing their own set of bonuses for eager Vault Hunters.

Vault Hunters will also have a host of options to customize their looks, from outfits to heads, colour schemes to weapon trinkets, there are many designs to choose from to make your Hunter a truly unique specimen.

It would not be a Borderlands game if you did not have tons of enemies to destroy, and Borderlands 3 features dangerous flora and fauna, the iconic psychos, new factions like the COV, and familiar foes that will have you shooting with glee. At least, until the badass variants appear to give you more of a headache.

The final stretch in the endgame has some of the toughest enemies you will face in the series to date but it feels like a challenge well-earned, Borderlands 3’s combat feels absolutely awesome and chaotic, and the epicness and scale of some of the boss fights are simply out of this world.

As a matter of fact, the Vault Hunters will be doing a lot of travelling, going beyond the world of Pandora and into space on the Sanctuary III. Each planet is huge with multiple regions within them, and apart from side and main missions, contain secrets that can only be found by exploring. It can be an arduous task, and thankfully, you can ride in style with vehicles that have their own unlockables to be found.

Vehicular combat is not a must, and most of the good stuff has to be found on foot anyway. There are plenty of collectables to hunt for those looking. Learn more about the first Vault Hunter, Typhon Deleon and his adventures, obtain parts from destroyed CL4P-TP units, hunt down elite enemies, or engage in anti-propaganda, there is plenty to satisfy the completionists.

Two particular Easter eggs we highly recommend to find is a showdown with an anime character that can decimate you with one punch, as well as a certain lady with pet serpents located in West of Gross. Oh, Borderlands, never change.

A 40-50 hour romp does not mark the end of your journey. There is always True Vault Hunter mode for new game plus, or Mayhem Mode modifiers to make your remaining quests even more rewarding and challenging. The addition of the endlessly replayable Proving Grounds is even more reason for players to jump back in.

All of these are packed into a title which sounds and looks stunning. With its unique art style, Borderlands 3 will likely stand the test of time, playing in 4K and HDR gives it a polish like never before. More biomes are always welcome, and Borderlands 3 has it in spades, adding more colours to an already colourful game with its varied environments.

The sound design complements the chaos perfectly, and the voice-acting remains as easy on the ears from the first time you start it up till you win the good fight, although fan favourite CL4P-TP is less of a focus this time around.

However, the joyful ride that is Borderlands 3 is not without its technical and gameplay issues. While a patch is likely to address them, there have been instances of the UI bugging out, NPC AI being non-responsive, and the occasional frame rate dip when the mayhem gets too much. No deal-breakers here, and a quick reload usually solves things up swiftly.

If you are not a fan of the brand of fun that is Borderlands, there is little that will persuade you otherwise. It extends to the story and characters as well, and if you have not been convinced after so many titles, Borderlands 3 likely will not tilt the scale.

While the expanding nature of the maps gives the game freedom like never before, there are simply too many pockets of large, empty terrain that could simply not be there. Quests may also involve a puzzle or two, but the foundation of first-person shooting remains, and for better or for worse, this is Borderlands 3.

Be it on your own, or with your friends, Borderlands 3 has plenty to love. From a spacefaring journey of saving the world to the pure, unfiltered brand of fun that comes from decimating psycho meat sacs with advanced weaponry, Gearbox Software has given us the purest Borderlands experience to date. If humour, gunplay, and frankly, visceral enjoyment are what you are searching for, say hello to being the next Vault Hunter.

Borderlands 3 releases on September 13 for PS4, Xbox One, and PC.

Review access was provided by 2K Games on an Epic Games Store account. While there have been the rare report that this version of the game has technical issues, Geek Culture did not face any glitches during the course of this review.

All the best stuff, with a tiny mix of bad, Borderlands 3 is here to blow your mind. 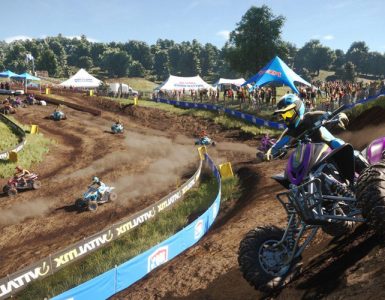