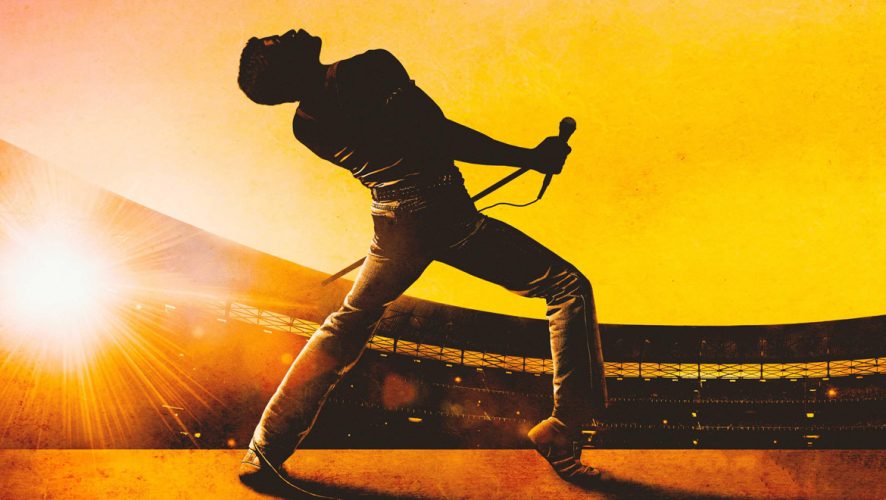 We are urging cynics to stay away from this biographical film. For everyone else looking to relive the draw of one of the biggest rock bands in history, this movie will do more than rock you.

The 136-minute drama charts the rise of British rock band Queen, paying close attention to lead singer Freddie Mercury’s (Rami Malek) much-discussed but little known (then) personal life. Critics may slam the movie for glossing over the darker and more controversial bits of Mercury’s legacy, but this movie is not for those who never wrote epic songs, commanded the stage, or had to deal the unknown back in those days. 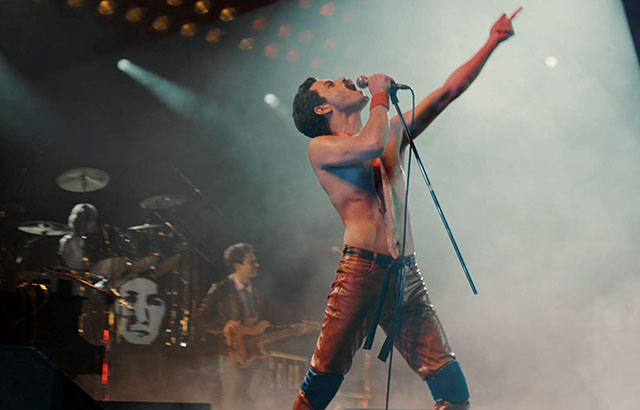 We believe this is how the folks behind this movie, as well as the fans, will want to remember the deceased musician, who died in 1991 at age 45 due to complications from AIDS.

The crowd pleaser is sugar-coated with so many feel-good moments, you would think it is more fantasy than real life. With Queen members Brian May (Gwilym Lee) and Roger Taylor (Ben Hardy) serving as creative consultants on the production, it is probably their tribute to a dear friend, but what a story.

“You’re a legend, Fred,” says Taylor after Mercury reveals to the band that he has been diagnosed with AIDS. “We’re all legends,” the singer responds dreamily.

Aww – if you are in an escapist mood, this is the movie to indulge in.

Whether you approve of the creative decision to dramatise or tweak certain real life events in the name of dramatising the story, you cannot deny that this is a very entertaining movie. A movie about Queen won’t be complete with music sequences, and with May and Taylor’s blessings, this film is medley of their greatest hits acrossthree decades of music making.

You will sing along to the familiar tunes like “Somebody to Love”, “Fat Bottomed Girls” and “Love Of My Life”, and stomp your feet to the atmospheric “We Will Rock You” and “Another One Bites The Dust”. 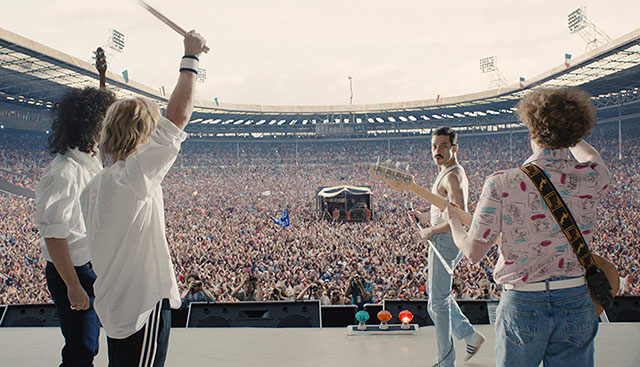 The final 20-odd minutes of the film showcases Queen’s epic Live Aid performance at Wembley Stadium in 1985, and you might think that you’ve seen it on YouTube, or have heard plenty of recordings of that legendary performance, but watching it on an IMAX screen will remind you why the band is one of the greatest performers this generation, as they belt out “Bohemian Rhapsody”, “Radio Ga Ga”, “Ay-Oh” “Hammer To Fall” and the ever-inspirational “We Are The Champions”.

There are movies that give you goosebumps, but hearing Mercury over the speakers in a recreation of Wembley Stadium is nothing short of epic. This isn’t the Meridian Trench run from A New Hope or the Battle of the Pelennor Fields from Return of the King – it’s the combination of everything you’ve ever heard, seen or read, and seeing it being realised on screen.

There is not a dull minute throughout the movie, thanks to Rami Malek’s over-the-top portrayal of Mercury. This is clearly the 37-year-old actor’s show as he transforms from an awkward buck-toothed teenager into a flamboyant showman. The American actor of Egyptian descent may have landed the role of his life here. You may know Malek as a pharaoh who comes to life in the Night at the Museum franchise, and more prominently, as a vigilante hacker in TV’s Mr. Robot, but his powerful and spirited performance in this drama beats everything the competent actor has done in the past. We very much wish he would be recognised during the awards season for his awesome work. 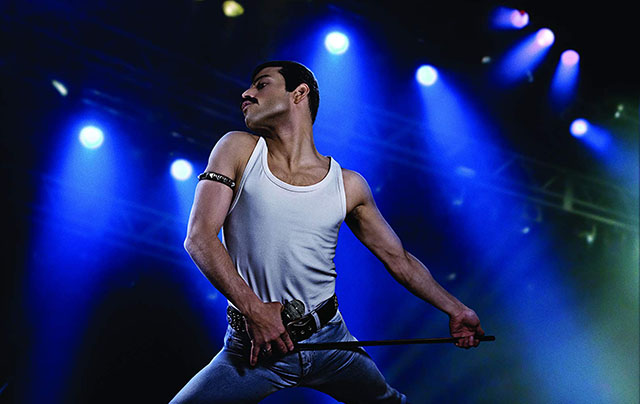 We foresee a challenge though, because the problems that plagued the production may not please the high and mighty juries. Besides Sacha Baron Cohen and Ben Whishaw who had dropped out of the project during the pre-production phase, several screenwriters and directors have also come and gone.

Most notably, the eventual director Bryan Singer was fired for absence and clashing with the cast and crew two weeks before filming completed. English filmmaker Dexter Fletcher was hired to complete the production, but Singer is still credited as the sole director due to guidelines from the Directors Guild of America. But the final product doesn’t display any of the behind the scenes troubles, as audiences get pulled into the drama on screen.

Disregard the drama behind the camera and you will enjoy more than two hours of good acting (kudos to the ensemble cast which includes Lucy Boynton as Mercury’s long time friend and Mary Austin, Tom Hollander as lawyer turned manager, Jim “Miami” Beach and a totally unrecognisable Mike Myers as music executive, Ray Foster), great music (the film ends with the aptly uplifting “Don’t Stop Me Now”) and an entertaining human drama about the rise, the struggles and the passion of a legendary rock band.

No longer a resurrected pharaoh or an anti-social hacker, Rami Malek gives the performance of his life as Freddie Mercury in this crowd-pleasing biographical film for the masses. Everybody now: WE ARE THE CHAMPIONS!