This means that the monitor doesn’t have an obvious intense wrap-around effect, which can take some getting used to, and would also be associated with improved immersion. Either way, this is part of the BenQ MOBIUZ lineup, which is designed with gaming as the focal point.

This makes the impression of the EX3415R monitor rather deceptive, as it leads to the mistaken notion that a flat ultrawide monitor isn’t that much different from a curved one. This is due to the fact that the EX3415R provides a very comfortable viewing experience, with the display curvature still keeping images equidistant from the eyes (as compared to flat monitors, where the edges of the display are farther from the eyes than the center is), reducing the need to constantly refocus and adjust, thus minimising eye strain. Besides, curved monitors are curved for a practical reason. It is not meant to call attention to itself while in use, as it is meant to immerse users into what is on screen. When the existence of the hardware itself is effaced on an experiential level while in use, this serves as a testament to the quality of the monitor.

The chassis of the EX3415R itself is made of a mix of matte black and alloy-effect plastics, and has a really sturdy build. Both the panel and the stand are tough, and barely creak when pressure is applied to them. Even if the table is shaking, it doesn’t look like the display is going to fall, which speaks to the quality of the build. The design has a futuristic brutalist vibe to it, looking like a piece of science fiction technology from the imagination of someone from the mid 20th century.

There is no doubt that the EX3415R gives way to better immersion while gaming, especially once users try it out for themselves. This is the one thing about curved ultrawide monitors that make them a tough sell. Photos and videos can’t do justice to the immersive effect of these monitors, because the immersion happens as the games are in motion, and as the user is actively playing and controlling the game. The curved edges latch onto the user’s peripheral vision, and as the game moves, it adds the illusion of the user moving through the game world, rather than the game world being confined within the display.

First-person shooters (FPS) and action role-playing games (ARPG) feel much more visceral and thrilling both due to the wider display and the curved nature of the monitor. Really, any games that boast either fast-paced action or panoramic vistas will have a breathtaking quality to them, and as a curved gaming monitor, the EX3415R does deliver in that aspect.

The EX3415R has an aspect ratio of 21:9 which is standard for ultrawide monitors, a native resolution of 3440 x 1440, and a maximum of 144Hz refresh rate. Its 34-inch IPS panel with three almost bezel-free sides does try to make full use of the physical space the monitor demands as much as possible. Yes, like most ultrawide monitors, this one too requires sufficient desk space to work its magic. Still, it can be tilted either up or down from -5 degrees to 15 degrees, swivelled left or right for up to 15 degrees, and has 10cm of adjustable height, so even if one has to make the space for it, there is still ample flexibility afforded when it comes to actually using the monitor.

The one downside about curved screens is that they cannot be turned from landscape to portrait mode, thus coders and vertical shoot-em-up fanatics may want to look elsewhere. Given its size, when set up, this is a monitor that can make for a viewing experience from almost any spot in a room. As such, when the screen can be adjusted enough to accommodate for that, it is definitely a welcome feature. The remote control included does speak to this characteristic of the monitor, and the aspect ratio means that any shows can be watched in their full glory, even if some letterboxing will be inevitable.

Just like the EX3210R, the EX3415R has BenQ’s proprietary HDRi technology, which brightens dark regions on the screen while not overexposing the bright areas. It aims to optimise what is showing on screen, ensuring that users are able to see all the details without having to strain their eyes too much.

This HDRi technology works on auto-pilot, and it takes both content and ambient lighting into consideration. This is done through a sensor along the bottom of the display. For users who prefer an overall brighter display though, it is possible to turn off this HDRi adaptive technology, sticking with regular HDR by choosing the DisplayHDR colour mode.

Speaking of colour modes, there are quite a few presets – Cinema HDRi, Custom, DisplayHDR, ePaper, FPS, Game HDRi, HDR, M-Book, Racing game, RPG, and sRGB. Practically speaking, no regular user will be using all of them. However, the bevy of options means that users can customise the way colours show and pop on the screen to suit them. Beyond the colour mode and the basic brightness, users can adjust how aggressive they want the light tuner, which uncovers darker areas of the screen to show more detail, to be.

There’s also the Advanced Motion Accelerator, which also can be set at varying levels, to send voltage to the liquid crystals and lead to subtle differences to the vividness of the colours. Generally users will likely be switching between a couple of colour modes that they have adjusted to their liking, maybe one for gaming and another for productivity.

The EX3415R can also double as a productivity monitor, firstly because of the ePaper colour mode, also a feature in the EX3210R, which simulates the display of an ebook reader. It lowers the contrast and brightness, going into grayscale and maintains a gentle colour temperature that’s conducive to longer reading and writing sessions. This specific option is going to be a staple for users with dry eyes and prone to eye fatigue, and deserves to be much more commonplace. Naturally, the wider screen also means that it can easily allow for two to three big windows open at the same time. This is a productivity booster, and is par for the course when it comes to ultrawide monitors.

What sets the EX3415R apart is BenQ’s emphasis on eye care. This is a consistent thing BenQ does with their monitors, and is evident from the above-mentioned HDRi technology and ePaper colour mode option. Not only that, the EX3415R also features low blue light, flicker-free technology, and customisable colour vision mode for people with colour vision deficiencies.

Audio-wise, again just like the EX3210R, BenQ didn’t cut corners with the built-in audio quality here. There are two 2-watt speakers and a 5-watt subwoofer. That is more than sufficient for casual music listening, and the audio from movies and YouTube videos is clear. While the sound is going to be more than competent, it naturally is no match for proper external speakers or headphones.

Many of the EX3415R’s strengths and features are similar to the EX3210R’s, which is great because there really is a lot to love about these monitors. Unfortunately, this also means that they share the same weaknesses too.

Like the EX3210R, the EX3415R’s port placement and stand design leave something to be desired.

All the two HDMI 2.0 inputs, a DisplayPort 1.4, two USB 3.0 ports, a USB Type-B port, and a headphone jack can be difficult to access as they are located behind the display, slightly below the middle. This makes it inconvenient to reach those ports while sitting in front of the screen. Switching out cables and inputs is a bit of a hassle, especially if the cover for the ports is used. For users who don’t need to switch out connections frequently, this won’t be an issue, but for those who do, this is something to consider.

As for the stand itself, the somewhat sharp corners make it easy to end up scratching the user’s table and other objects while the monitor is being set up or shifted around. At 12.6kg, the EX3415R is definitely going to be a bit cumbersome to shift around, as all monitors of this size tend to be. As such, the risk of the stand corners damaging other things isn’t negligible. Thankfully, this is the type of monitor that usually just needs to be set up once, and then it’ll rarely need to be repositioned entirely.

Given the many similarities between the EX3210R and the EX3415R, right down to their individual shortcomings, what ultimately differentiates them? The EX3210R is not an ultrawide monitor. Despite its more extreme curvature lending itself to good immersion, it definitely doesn’t do as complete a job as an ultrawide monitor in filling up the user’s field of vision. Physically, the EX3415R’s display hogs more space, which makes it a better choice for those who want their setup to be a more prominent feature in their rooms.

While both monitors are more than capable of delivering high octane game experience, the EX3415R does have more of a gaming edge because of that. It is a monitor that is more specifically designed for gaming, with the general use bent coming from both its size and the eye care features that BenQ includes in all of their new monitors.

Overall, the EX3415R is a reliable, competent device that doesn’t rely on gimmicks or mindlessly push visual fidelity while kicking users’ eye health to the curb. The EX3415R is priced at US$999.99, which may be seen as high for a monitor that doesn’t exactly do anything special, especially when compared to the EX3210R’s US$699.99. But, this is a monitor that’s sturdy and meant to be used for a long time for people who will spend many hours gaming.

BenQ’s EX3415R ultrawide curved gaming monitor is a reliable and competent monitor that lends itself well to long hours of comfortable immersive gaming and video watching experiences due to BenQ’s focus on eye care. Due to that, it is also a great monitor for general use, so long as one can find the desk space for it. 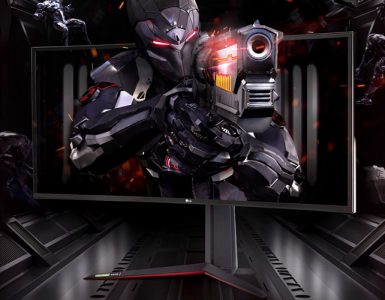