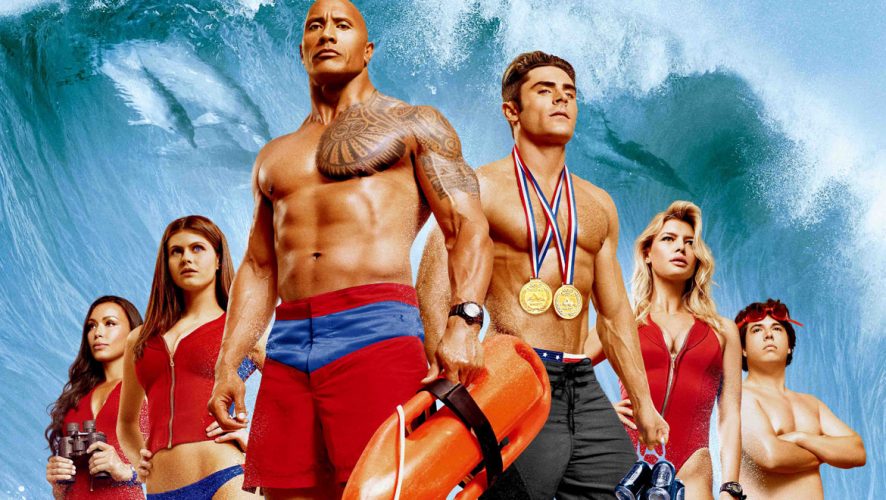 Does anyone actually remember anything about the “classic” Baywatch series, apart from the following keywords?

If the answer is “no”, that’s okay, because the folks behind the new Baywatch movie just took those key points, and turned in its own action comedy caper based on those elements. I really doubt there’s any hardcore Baywatch fan out there crying over the fact that this film does not stay true to the TV series’ lore.

Basically, lifeguard Mitch Buchanan (Dwayne Johnson) heads a lifeguard/problem solving team called Baywatch. He’s forced to take in disgraced Olympic swimmer Matt Brody (Zac Efron) because his boss, Captain Thorpe, says it’s a good publicity stunt. When a drug conspiracy involving the beach’s real estate value rears its head, it’s up to Mitch to forge an awkward partnership with Brody, to get to the bottom of it. 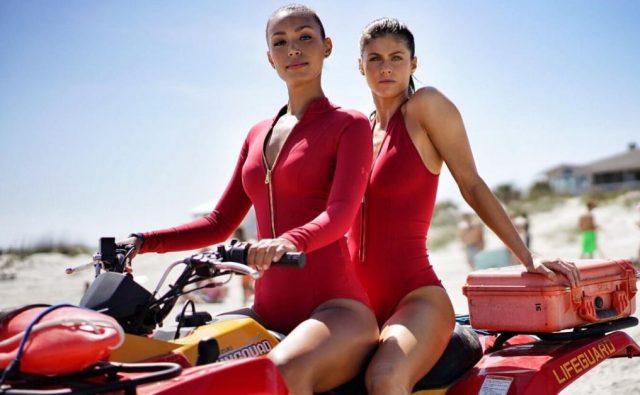 Along the way, we get to see a lot of female lifeguards in tight bodysuits and swimsuits, get caught up in several R-rated hijinx, and some decent action scenes set on the coasts of beautiful California. Oh, and quite a number of dick jokes to fully exploit its “R” rating. If you expect more than that, you’re watching the wrong film.

The beauty of this adaptation is that it knows what it is, and just runs with its escalating absurdity, rather than just stay true to the bland 90s series that was just created because back then, there was no such thing as high speed internet, Google, and instant-access pornography. 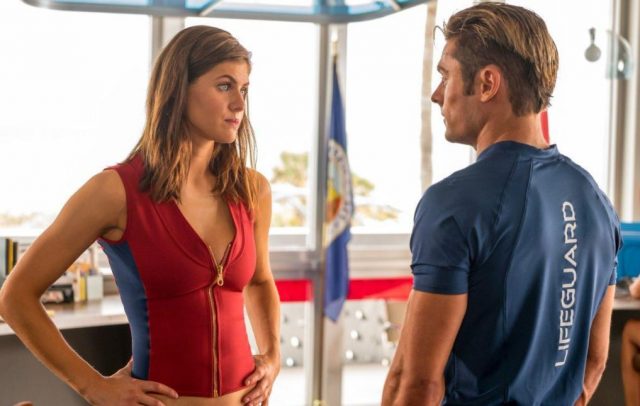 And this is really just a vehicle for action hero/comedy guy Dwayne Johnson to just make a bunch of team-up gags, and have some buddy cop chemistry with Hollywood’s better-looking comedy foil pretty boy Zac Efron. You can tell from the film’s focus between the two that they’re having way too much fun in their roles.

Props to Kelly Rohrbach to also be the only female lifeguard to marry the film’s comedic and straight-face side elements, with a penchant for the unorthodox. That’s not to say that Ilfenesh Hadera, Alexandra Daddario, and Jon Bass were not any good – they serve their ubiquitous roles as team hardass, pretty girl recruit, and tech dweeb with hidden talents respectively – but they do not go beyond that. Rohrbach stands out because she’s got a lot of charm and gungho-ness to go with the pretty face. 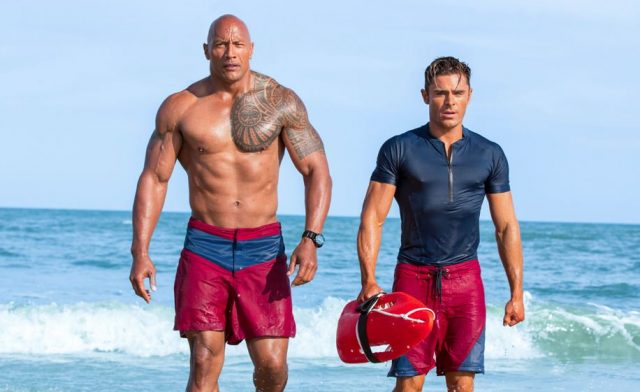 The weakest link in the Baywatch comedy action experience is the catalyst to the action: Indian actress Priyanka Chopra as Victoria Leeds. She’s a rich billionaire villain who wants to take over the real estate business via property devaluation, and she’s strong-arming the local state government body and…that’s it really.

She isn’t even that over-the-top a bad guy to fit into the movie’s context, and she just plays it straight for the paycheck. But at least she provides some eye candy alongside the other main female lifeguards.

And really, there’s not much else to say for a film meant to be out in June that’s part of the popcorn flick film lineup. Baywatch (2017) is a dumb yet fun ride that will entertain you with what it has – a solid bunch of leads and decent comedic action set pieces courtesy of Seth Gordon a.k.a the guy behind Horrible Bosses and The Kings of Kong documentary. 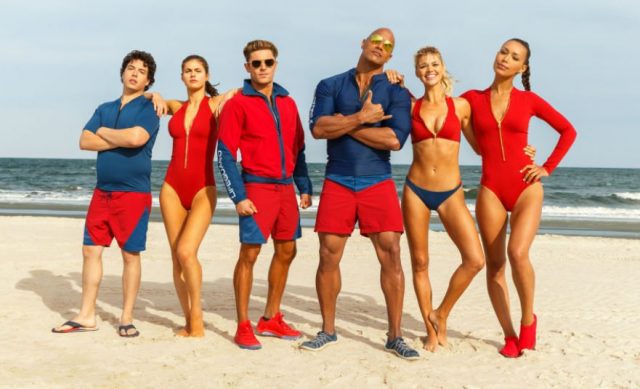 Baywatch knows that it’s shallow and thrives in the juvenile pool. By all means, dive in for a good time.