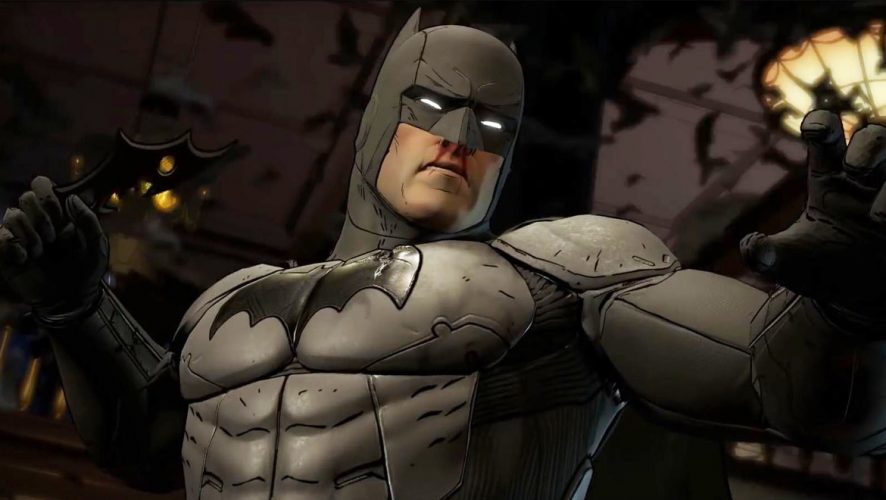 As a player of all things Telltale since The Walking Dead, I’ve found myself realizing that the Telltale name can mean different things to different people.

For some, Telltale Games can do no wrong. They are the heirs of the adventure game legacy, first championed by the likes of Sierra, LucasArts, BioWare and so on. To others, Telltale does the same thing every time. selling the illusion of choice under what is really a narrative built on rails. Where mirage of choice can quickly be negated and redirected back on whatever path the story is structured on when you’ve taken a set of choices diverting away from the predetermined arc.

My relationship with Telltale games has been a mixed one. If it came down to ethos alone, I would love them completely. I adore adventure games. I love a great narrative, I don’t mind if it’s on rails as long as it’s done well. Tell me a great story. Make me believe for a few hours that I’m somewhere else, that I’m destined to one day die alone in a box having not been able to actually strike fear into the hearts of the criminal by wielding the brutal fist of night justice. 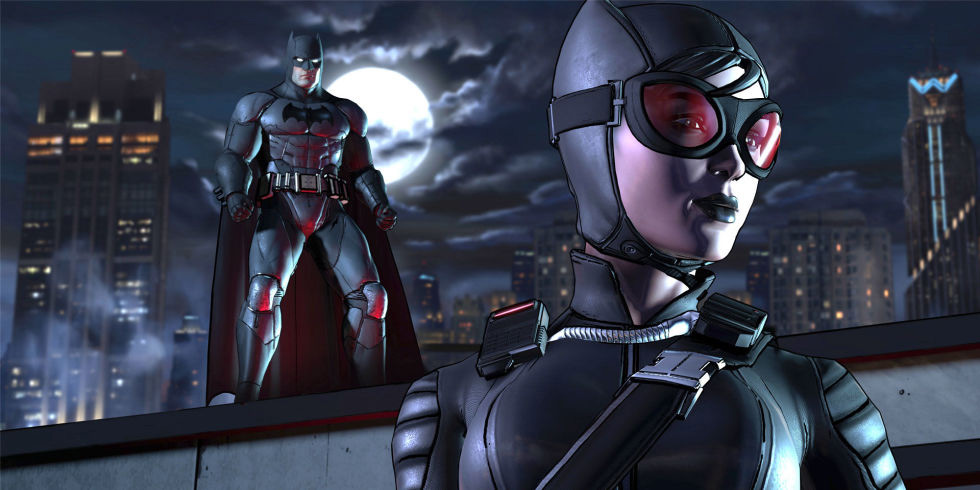 Telltale is a mixed bag when it comes down to delivery of satisfaction though. For every gasp inducing awestruck moment in something like Tales from the Borderlands or The Wolf Among Us, there is on the opposite spectrum, a controller flinging, soul crushing Game of Thrones. Or now, Batman.

So in this series, Telltale have decided to take on the myth of the Bat. Bruce Wayne by way of episodic storytelling. In this regard, what Telltale have offered is a bit of a mixed bag.

Now before I have to proceed I have to afford special mention to one of the most intimidating enemies that Batman has ever encountered in episode 5 (not a spoiler).

That’s right. I’m talking to the stark horror afforded by a pair of disembodied eyes and tongue floating through a cut scene in what was otherwise a pretty action packed sequence. Batman, meet Offalman. Your time is up, Prince of Gotham. My Ocular will slice your jugular. Na na na na Batman!

I cringed. I gasped. I punted a potential full score review out the window. Seriously, Telltale. More haste, less speed. QA is your friend, jesus. 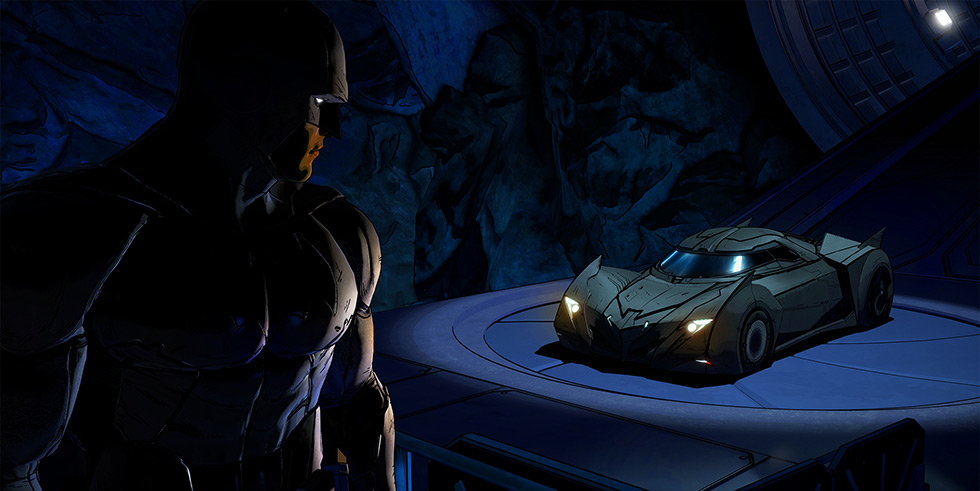 What they’ve done here is take established canon in Bruce Wayne lore and tweaked it ever so lightly. By changing one major detail in the Bruce Wayne backstory, what they have managed to do is spin off a narrative arc that allows the usually impregnable facade of Bruce Wayne’s billionaire playboy to be punctured and explored.

When a series of murders draws a surprising link between the Gothan underworld and the Wayne lineage, Bruce Wayne, billionaire philanthropist and technological innovator, finds himself in a precarious position where the preservation of the Wayne legacy is at odds with the possible preservation of the identity of Batman. As powers conspire to lay bare what Bruce is trying to protect, Bruce finds himself needing to combat the looming threat with actions and alliances that the cowl cannot do on his behalf.

Without spoiling anything, Telltale’s tweaking of Bruce Wayne’s past has made the set of stories resonate closer to the domestic side of Bruce Wayne’s life. They’ve made the option of turning into Batman into any given moment and busting heads a potential detriment to Bruce rather than a fail-safe solution that can fix every problem that crops up. It’s bold. It’s challenging and at the same time adds and simultaneously subtracts from the Batman experience. 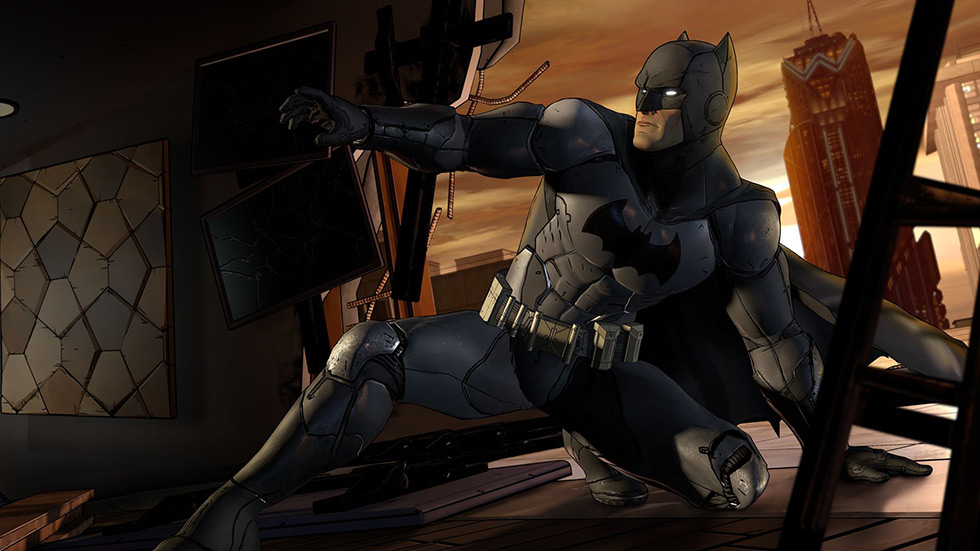 What I really liked about this take on the Bat is that in most situations, the player is afforded the option to address characters in key situations either as Batman or Bruce Wayne. This gives the options of intimidation or diplomacy, which varying levels of success and payoffs. The game itself feels fresh which may or may not be a good thing. It certainly doesn’t have that feel that has you growling “I’m Batman” under your breath like you would playing the Arkham series of games. By the same token though, through your play Bruce and Batman become ciphers of your own choices. You could choose to be a more edgy Batman, when breaking limbs and maiming individuals are not beyond the measure of your personal code. You could be a more unpredictable Bruce Wayne, not shy from a confrontation with the Wayne corporation board of directors if need be.

There are also other great things about this take on Batman. Selina Kyle is amazingly rendered here as a character, they seemed to have nailed down the exact venn diagram of personality traits that make her uniquely an anarchist, anti-hero and sometimes foil to Bruce Wayne himself, their chemistry can (if selected right) be positively electric. 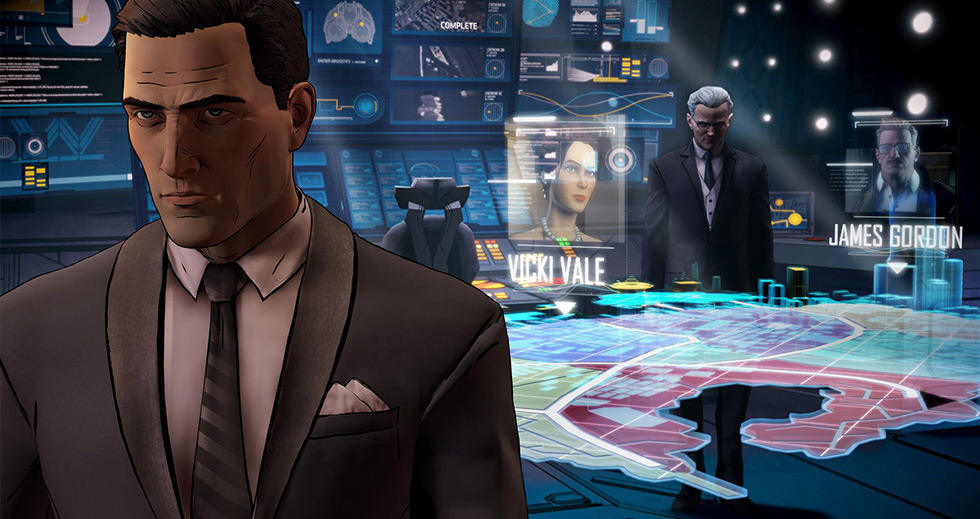 The actual plot of what happens in the season won’t be discussed here to preserve the gameplay experience but what I can say on finishing the season was that my impressions of Telltale’s take on Batman were ultimately one of disappointment. Firstly, the game doesn’t have the scope needed to portray a city like Gotham. Secondly the writing especially nearing the end seemed to be rushed and ultimately the pay-off and resolutions to problems brought before were just hastily discarded and left largely poorly addressed in the interest of winding things up for the episodic arc. The villainy in the piece, when finally revealed didn’t have sufficient groundwork to anchor them solidly like the very best writing in the Batman rogue’s gallery could offer.

Ultimately, with massive bugs, gameplay issues like framerate lags,bugs and mediocre story beats, Telltale’s Batman just doesn’t feel very Batman-ly at all, I mean it has the shell of a Batman game, but that air of satisfaction at the end from taking in a great Batman story is just not there. It’s serviceable for plot, and that will be evident when later episodes fail to deliver on the build-ups from prior episodes. 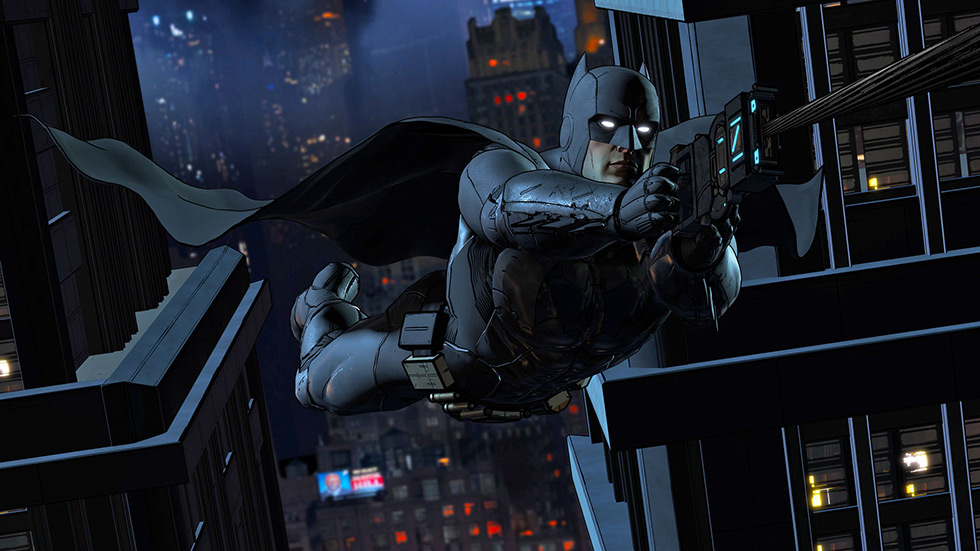 If asked where they could have improved, I would probably say apart from infrastructural issues and just doing basic things like play-testing your game before release (For crying out loud), the writing should have gone one of two ways. Either go really edgy and play around with canon to the extent the work becomes uniquely captivating on it’s own (aka The Killing Joke) or make it as close to tried and test canon. Pick one well known villain, flesh him out properly, build the mythology and psychology and run Batman through the ringer with it over 5 episodes.

Batman as a property has always been a goldmine for stories as it boast the most richly captivating and psychological of villains. Couple that with a protagonist who is as damaged by psychosis as his foils, caught in a loop of his own design, when the respect for the property and the focus is made with that narrative base, some of the best stories are told.

I have to say that where Telltale is right now with Batman. The best is far from view. This series did seem to have episodes released much quicker than other Telltale stories. I wonder, if that efficiency came about to it’s own detriment. A massive letdown.

Still a product that needs patching over several versions with a story that is ultimately lacklustre. For Batman and Telltale completionists only.