As I sat in the new Audi RS 5 Sportback for the first time, I warmed to the realisation that this car hasn’t followed the path of a fully digital centre console like the A6 and A8 L I reviewed earlier this year. Call me old-fashioned if you like, but I prefer having some buttons providing mechanical feedback and an assurance of build quality that isn’t reliant on a circuit board.

The mechanical experience continues with the leather steering wheel – I had to flick the lever to release the lock, then wrestle with the wheel to find the ideal reach and rake for my driving position. The seats and windows are electrically adjustable though, lest anyone begins to think this car is a step back into the dark ages.

Once I’d made myself comfortable in the driver’s seat, I started the engine. Immediately, the two men nearby having their smoke break turned to see who’d caused them to (perhaps) wet themselves a little. The RS 5, like the R8 I drove in August, causes a little commotion when awoken from its deep slumber – the better to emphasise what lurks under the dome of its wraparound engine hood.

Clad in a Sonoma Green body, the Audi RS 5 Sportback reminded me of the classic British racing green (although an Englishman has already objected to the claimed similarity). It is worthy of the sporty reference though. As I turned onto a relatively empty thoroughfare, I gave the right pedal a firm prod and was pinned into my seat; the exhaust sang in a baritone crescendo, punctuated momentarily by each upshift from the eight-speed tiptronic gearbox, as if catching its breath for the next stanza. The entirely believable claim of needing just 3.9 seconds for the century sprint, thanks to the 2.9-litre twin-turbocharged V6 lump that puts out 450 hp, with 600 Nm of torque from 1,900 to 5,000 rpm, gives the RS 5 some street cred.

The flat-bottomed RS sport steering wheel is a delight to hold, but could use a bit more weight and feedback from the front tyres. I want to feel more engaged when I drive a car like this. I was also slightly disappointed it didn’t have green contrast stitching, unlike in the reference photos from Audi’s media library.

There’s no questioning the accuracy and responsiveness of the nose to directional changes however – the smaller V6 engine lightens the load over the front axle by 31 kg compared to its V8 predecessor, and the sport differential literally pushes the car into the curve when approached at high speed to eliminate understeer. I pushed the accelerator hard mid-corner during a quick run through north-western Singapore and the car stayed true to its intended course. It even corners rather flatly, and the tyres never once protested their suffering. It’s a shame these reviews don’t allow for a jaunt north of the border to explore our neighbour’s B-roads (and the car’s potential). I couldn’t help but feel the RS 5 was hoping I’d give it a task more worthy of its engineering.

So the Audi can gather speed effortlessly and handle fast corners just as well (within the limits of Singapore’s stifling traffic laws). It also can cruise on our highways at about 1,500 rpm with five occupants in tow – it’s comfortable enough for passengers to doze off in, even. The five-link suspension design on the front and rear axles play a huge role in smoothening out much of the surface imperfections beneath, even when driven in its most aggressive driving mode.

But it only takes a poke of the throttle to peel away that veneer of gentility. After some time with the Audi, I found some similarities between it and one Thomas Shelby of the Peaky Blinders: both are vessels of barely-contained, borderline psychopathic aggression wrapped in a foil of calm and complexity. The sculpted athleticism of the Sportback’s exterior design is like a well-tailored suit; the bonnet covers the essence of the car like the flat cap does for the scheming mind of the gang leader; and the matte aluminium trim on the front and rear bumpers bring to mind the disposable razor blades stitched into the peaks of the Peaky Blinders’ caps, a warning to others who dare to pose a challenge.

The Audi isn’t content with just keeping up appearances on the outside; the interior is an example of how luxury and sportiness should complement each other. The honeycomb structure of the single-frame grille also features as the main visual element in the RS sport seats, which are wrapped in Nappa leather and provide a snug but comfortable fit around my body. And if I ever needed reminding of the company I was keeping, the embroidered RS emblems between the flared shoulders of the front bucket seats would erase any doubts.

There were a handful of things that bothered me, though. The glossy black trims on the outer edges of the headlights and rear lights seemed suspiciously cosmetic in purpose. The RS 5 may sport the Audi virtual cockpit and a RS-specific head-up display, but the tablet screen above the central air-conditioning vents isn’t touch-sensitive, which made using Apple CarPlay as frustrating as browsing websites with my laptop’s trackpad disabled. Fortunately, Audi’s native MMI system is easy to use, pairing my phone over Bluetooth to stream music and make phone calls is simple enough, and the built-in GPS navigation works competently. I would have liked a little more brake feel as well, given the car’s potency – after a somewhat vague top end, the pads would start to grip quite firmly around the halfway point, making it difficult to moderate at times.

The RS 5 Sportback doesn’t seek affection and it can even seem aloof, but its good looks and well-proportioned frame will likely charm many people it encounters. Part of that charm lies in its ability to be a car for the family man, with four doors and a generous boot capacity of 480 litres (1,300 litres with the rear seats folded), while also affording heaps of speed and sharp driving when the mood calls for it.

Like Mr Shelby in the rough streets of Birmingham and the corridors of power at Westminster, the Audi will conduct itself well enough on both motorways and B-roads. This four-door coupé is a car I can drive to the track in comfort, pull the slicks out from the trunk for a few hours of fun in its sportiest settings, then switch back to the road-legal rubber for the journey home.

Some might accuse the Audi of being unsure about the type of car it wants to be, but we now live in an era where clever electronics allow us to turn our car from an everyday family runaround to a track day weapon with just a few clicks of a button. The dichotomy of personalities should be welcomed if it performs well enough in both types of driving situations.

Now, if only I could take the RS 5 on a track to confirm this…

There’s a lot to like about this handsome and effortlessly charming car. And it reminds me of a certain Mr Shelby. 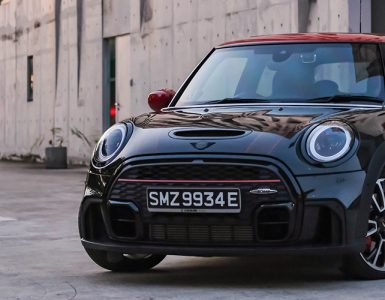