What would happen if Rambo moved to Stardew Valley after World War III? Why, he would farm of course. With a gun, in a post-apocalyptic wasteland.

In Raw Fury’s Atomicrops, you somehow inherited the only plot of farmable land in the area. To feed the local town populace, you get to farming, which also means that you have to protect your crops and yourself from mutated bugs and pests.

Don’t expect idyllic hours tilling away at your farm like in Stardew Valley however. Rather, think of Atomicrops as a pixel art twin-stick shooter that has a sprinkle of farming and romancing on the side. And like most shooters, things get chaotic pretty fast.

After a quick tutorial that teaches you the basic controls, it’s time to begin life on your farm. Your first character is Lavender, but there are further characters to unlock, each with their unique traits.

A new game begins in spring, with four seasons in a year. However, each season somehow only lasts for three ‘days’. Each ‘day’ is split into three phases: the morning phase, night phase, and town phase.

The morning phase is where you build and explore. You plant your seeds on your plot of land, water them and clear out weeds. Occasionally, some pesky moles may burrow out of the ground and shoot at you. In the beginning, you can easily dispatch them, while still watering your crops.

However, the farm is not where you should be spending your entire morning phase at. Otherwise, you’ll find yourself going broke very fast. What the game doesn’t make clear is that there are biomes (areas) beyond your farm that you can explore. When you start, only the ones to the east and west of your farm are unlocked. The east biome seems easier an along the way, players can unlock additional biomes with the bridge repair kits.

In these biomes, you kill hordes of enemies for a ton of loot (yay!). It is fun to pick up all sorts of seeds, useful equipment like tractors and turrets, and one-use scrolls with helpful effects to grow your farm. Players may even get unique tools that give special abilities, like for instance, a cloud that follows players around and zaps enemies for them.

And just when you start to get in the mood of slaying and looting, the game reminds you to go back to defend your farm. If you are lucky, you might find a burrow that instantly brings you back to your farm, otherwise, it’s a long trek home.

In the night phase, things get a little more hairy. Enemies are generally tougher. Bunnies with guns and bombs will be out for your blood. In addition, certain bugs will be going after your crops and if you don’t kill them or harvest your crops in time, you’ll lose your harvest.

After the night ends, you’ll get picked up in a helicopter and sent to town. Here, you get paid cashews (the currency of the game) for what you’ve managed to harvest in the past day, or  you can take a breather, flirt with the townsfolk, and browse the stalls for items to help you back at the farm.

Flirting requires roses, which you can grow if you find some seeds. When you give the romantic hopeful roses, you increase their affinity to you, and earn some skills in return. If the affinity is high enough, you can get married and they can join you at your farm.

At the town stalls, you can buy bags of seeds, guns with various interesting effects, scarecrows to block bullets and knockback enemies, pickaxes to help you expand your farm, and stuff to repair bridges. They all cost quite a bit though, so you’ll need to decide what to spend your hard-earned cashews on.

The guns you can buy are a one-day-use item. Each has its own unique quirks, and is usually an upgrade compared to your starting peashooter. If you plan to be shooting mutants a lot that day, getting a gun can be helpful. This is especially so when preparing for the third ‘day’ of spring. There will be a boss fight on the third night.

Once you beat the boss, or the timer runs out, that will be the end of spring. In town, the mayor rewards you based on how much cashews you’ve earned that season. Your character also levels up some skills. Then you move on to summer, with tougher enemies and another boss fight on the third night.

Atomicrops gameplay is pretty fast paced. You are on a timer the moment you set foot on your farm, and you’ll be rushing from one task to another, while also trying to squeeze time to explore and loot. In the biomes, you’ll be making snap decisions on which rewards to pick up, while dodging bullets and enemies.

There seems to be some interesting choices to make with skill and items combinations, which becomes more apparent beyond the first few days, but to get there, you have to be good enough to reach that far.

Since death is also permanent, there is little room for inattention as a few mistakes will take you all the way back to the start.

For those who do not like rogue-lite/like, where you are expected to keep trying again and again until you get better at the game, Atomicrops is probably something you may want to skip. Those looking for a farming simulator akin to Harvest Moon or Stardew Valley will not find it here.

Fans of shoot ’em up action games however, may find Atomicrops a charming title that can provide just enough challenge and rewards to provide many hours of fun. And you might even forget that you are in a post-apocalyptic wasteland while you are at it.

A twin-stick shooter rogue-lite that’s high on action, with a sprinkle of farming and romancing on the side. If you enjoy dodging bullets and multitasking, dive right in. 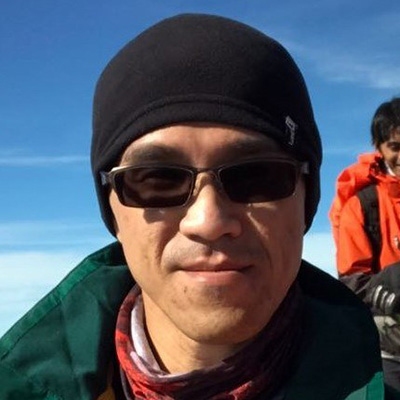