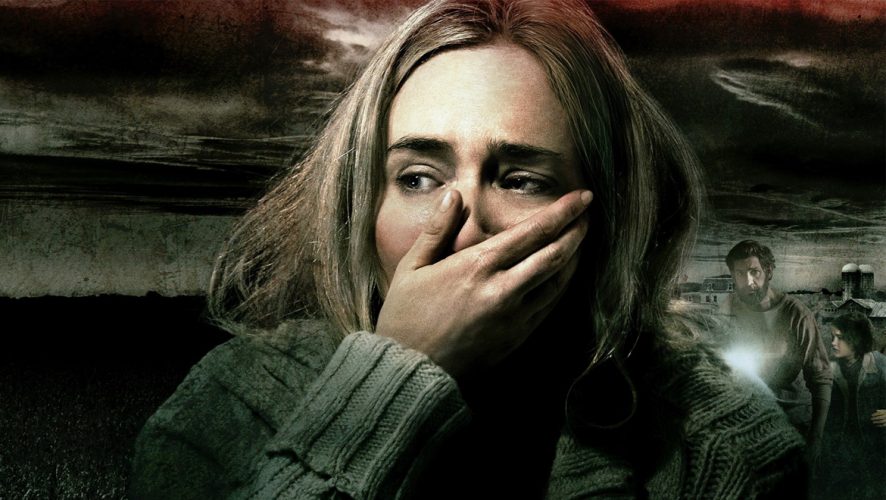 This is a spoiler-free review.

John Krasinski, the original choice for Captain America, once known more for his part in the series, The Office, has quietly been accruing a versatile skill set under his belt.

First was the noteworthy turn of his transformation into a physical specimen as a Tier 1 operative in Michael Bay’s 13 Hours: the Secret Soldiers of Benghazi, going from comedic straight man to action player, to becoming the man who was the lucky bastard who married Emily Blunt in real life. 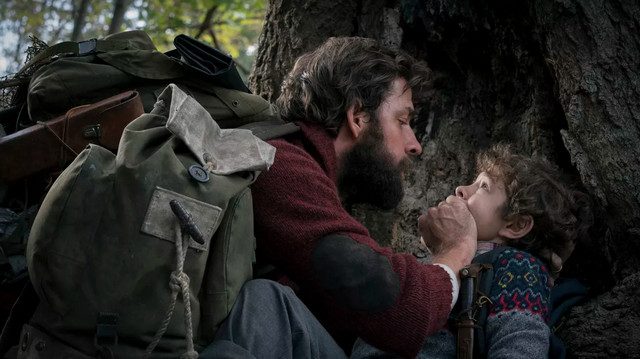 But now, after a couple of previous small projects, it may well be that John’s most accomplished hat is that of John Krasinski: Masterclass Director.

Coming in at a tight 90 minutes, A Quiet Place is a well placed, barb-wire wrapped baseball bat strike to the belly of well-crafted suspense, character, and well-earned drama.

The set up is simple. An alien invasion has rendered earth into a desolate place. In a small farming community, a husband and wife, use all their wits and knowledge to survive with their children in an environment where any sound slightly beyond that of a cough can mean swift and certain death.

The struggle between keeping routine and normality, in spite of incredible odds with savage and intelligent predators looming just one scream, or sneeze, or cutlery clink away is the razor wire tension that keeps A Quiet Place from overstaying its welcome. 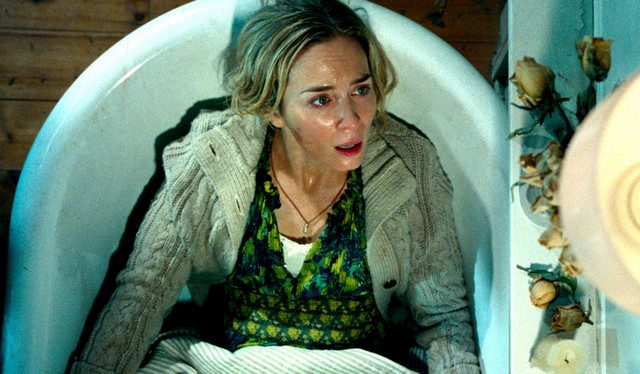 I for one have never appreciated horror of the shock gore variety. I prefer my scares to be cerebral, where the rules of the game are set up in the onset and the suspense being about how the antagonists and protagonists change the dramatic arc by negotiating and out-maneuvering each other by the testing and strategy around those rules.

While the acting is phenomenal across the board, and the directing from Krasinski is top notch, the real highlight in A Quiet Place is the masterful manipulation of sound design, music or lack thereof throughout the movie. The movie is truly light on dialogue, given how in the world set up here, that could very well be death.

That is not to say that communication isn’t happening. A lot transpires and is communicated through sign language, looks and non-verbal communication that speaks volumes. As we follow the family in the story, the character building is so well done that even though the children and parents may not always agree or see eye to eye with each other, their motivations are clear, and make sense.

The best horror suspense, to me, are the ones where the characters you follow, are never ever stupid, and still face situations where they may not make it. 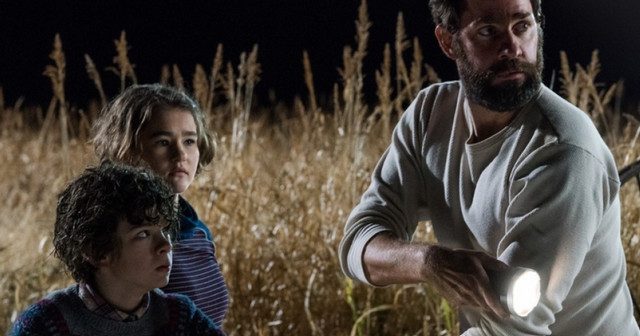 You know a movie works when you can’t see yourself in that position, being able to survive. Unlike say, The Walking Dead where you’d probably have a way to beat the rules of the world set out for you like a piece of cake. (my own zombie apocalypse plan – get a sailboat, live on the sea or on kelong, solar panels for electricity and ham radio for communication or Tinder hookups. Fish for food, evaporative still for fresh water).

Unlike an easy scenario, the world of A Quiet Place would be hell to live, where being conscious of how much noise you are creating is an enduring concern and vigilance is something you have consistently drum into your children at the risk of personality conflicts and frayed relationships.

Throw into the mix one of your children being fully deaf, and the threat of noise hunting monstrosities becomes even more dangerous and deadly and parenting becomes so much more complicated.

It can’t be overstated enough how well crafted the setup is with the running time that the movie actually is. All the elements and foreshadowing seed so well and pay off later. 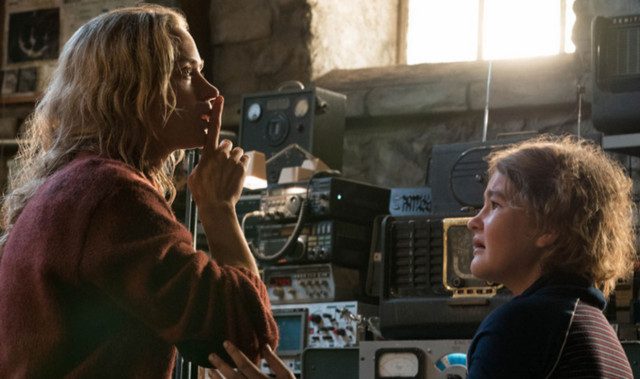 The smallest of gripes would be that the story does have very minor plot holes, but nothing which would obviously detract from the narrative at hand.

The movie also doesn’t go overboard with cheap jump scares, choosing instead to ratchet tension using the eerie silence of what would normally be sound filled moments of normal family life. The devil is also in the details with the various adjustments the family makes to common household items to just make otherwise normal activities not become death traps.

For that reason, Geek Culture recommends you do not pick a cinema for this film where people cannot be quiet. Many may find this film is almost too quiet, where any stray phone or smart-aleck movie commenter will absolutely ruin the experience for you. But it is certainly a requirement to respect for the show, which will reward you by the end with some well-earned scares, shudders and emotional hammer blows.

A Quiet Place was a breath of fresh air for the horror-suspense genre. And when it’s all over, the breath of exhalation and release feels so good.

Hats off to Krasinski. A Quiet Place is a noteworthy addition to the creature feature genre with enough heart, smarts and scares to make it worth a trip to the cinema. Great writing and directing, John!