Having already struck gold in the form of Two Point Hospital, Sega and Two Point Studios are now setting their sights on making education a fun activity for all would-be administrators in Two Point Campus. Set for release on 9 August, the game promises the possibility of building the university of your dreams with a twist. After spending a considerable amount of time in an early preview, it is clear that Two Point Campus will appeal to more players, but it is not without some issues that are both new and an extension of the past. (You can read our interview with the developers to get their insights on making the game as well)

Now, instead of treating your students like bags of cash that leave once their problems are solved, Two Point Campus sees students join for three-year courses at any given time. Players will have to take care of their everyday needs, make sure they are getting a good education, have fun, and form lasting relationships that can spice up their time at the campus.

Whether you are dealing with magical students taking up Wizardry, chivalrous folks at Knight School, or those with an interest in Gastronomy, these students are full of wants, needs, and problems to solve. The new Clubs aspect of things is particularly fun to engage in, providing a different kind of benefit beyond the usual. For example, members of the Nature Club love to keep things tidy, and will sweep up garbage when they can. Of course, they also love to go au naturale, but that’s just another bonus.

As you come to grips with juggling all of these things, it is still the grades that matter, and you wouldn’t want any dropouts and the like. Private tuition will help, as would libraries with the right resources to help students with their homework.

The core gameplay in Two Point Campus will be familiar to series veterans, balancing the needs of the students, the staff, and your profit margin is key to success, and on that front, the game does maintain the same kind of fun one would expect from the genre, with added options catering to the different courses that change things up.

It could be a jousting arena that sees knights duke it out, or a magical duelling ring to see who can come out on top. The various animations are always fun to watch, and an increased focus on that area has definitely meant a game that takes a step up from Two Point Hospital in this regard.

Aside from inspiring the students, there are injuries to take care of, pastoral issues to iron out, and keeping on top of everything will test players on their strategic planning, whether it is on the administrative side or the actual construction of rooms and buildings.

Speaking of that, Two Point Campus finally allows players to build on the exterior, making it possible to make changes to existing buildings and erect new ones, which we most certainly did in the preview. This will be vital, as some of the levels simply demand more space for rooms to stay effective, and you also need to take into consideration when students spend their time outside.

While everything is still pretty manageable at this stage, it is likely that some fine-tuning would be needed as levels get more difficult.

Every school year, players will have the choice of enhancing their chosen courses, increasing the school’s intake and in turn, profit. Expanding facilities to deal with that increase is understandable, but this happens every school year, and even if your current facilities can cater to the numbers, it feels like Two Point Campus wants you to keep expanding without being sustainable. Land is finite, as is the available space to build your rooms, and if you want good grades, they better be rooms with a certain level of prestige.

That calls into question another issue, which is prestige. To get a high prestige and thus a great working room, you are going to have to decorate. Whether the decorative items bring added functionality or are just for show, it doesn’t matter, and this will be a big problem for those who like aesthetically pleasing environments. There are only so many posters one can hang in a lecture theatre to make it look good, and this problem also persists outdoors.

You can definitely choose nice hedges, flowers, trees and more to create a serene outdoor space, but you cannot escape from putting more statues than you want, or a random brazier or two just to keep things toasty. This struggle between creating the university of your dreams and the execution in fulfilling the needs of students will be a very important balance that needs to be found, especially judging from our time in the preview of Two Point Campus.

There is still a good few months before Two Point Campus officially opens for the year, and while we have always been big fans of the universe being built, the shift to a new focus might need some more time to cook for it to deliver. Then again, Two Point Hospital needed more time to get into tiptop shape, but a good start is definitely better than trying to play catch up, especially when it comes to education. 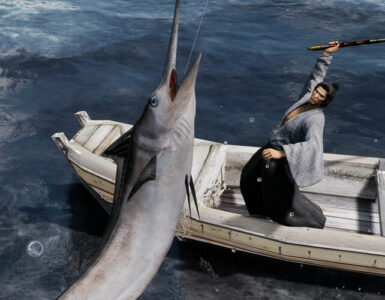 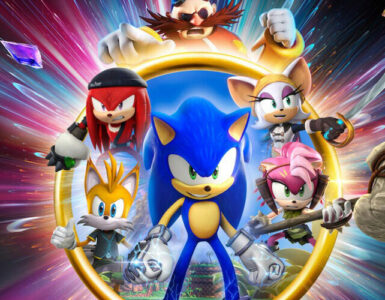