Google’s latest Pixel 4 phones are probably the most leaked phones in the history of mobile phones. After all, we’ve covered the news since way back in June 2019 when Google themselves decided to get ahead of the leakers. That was before we got pretty much complete looks of the Pixel 4 in September 2019.

So with much revealed ahead of launch, Google still had a few tricks up its sleeve which can only be gleaned with a proper hands-on.

This year, Google has been pretty ambitious in wanted to roll out four new features to their phones: A high refresh rate screen, face unlock, radar sense, and a faster Google Assistant. Combine that with a new hardware design look, we have a phone that has sufficiently new features to command its price tag.

While Google officially calls it motion sense, we geeks might prefer to dub it radar sense. Much Matt Murdock. Because, after all, it’s tech is grounded in radar. It’s not a feature entirely new to phones and like the other devices, there’s still much work to be done here.

With Motion Sense, the Google Pixel 4 has a better understanding of where you are in relation to the phone. This means that if you walk away, reach for it, the phone will respond accordingly to toggle the always-on display and activate the screen and face unlock. It’s super convenient if anything and the speed at which it responds to motion is insane.

Motion Sense also allows you to control the Pixel 4 by skipping music, snoozing alarms and dismissing calls all with the wave of a hand.

The best part of it all would be the deal that Google had to broker in order to train users to appreciate Motion Sense. Employing the cuteness of Pikachu and friends, these Pokémon will become your wallpaper and react to you when waved to and even “tickled”. Number one reason to get this phone for any Pokémon fan.

It’s not the newest feature around but Google has made its face unlock possibly the fastest implementation we’ve ever seen. It’s literally blink and you’ll miss it.

The concern here is face unlock is the only biometric authentication on the phone, gone is the fingerprint sensor so security aficionados might have a cause for concern here. Further testing is warranted to see how easy the system is to trick.

Combined with the abovementioned Motion Sense, the phone detects you’re looking to unlock the phone even before you do so. It’ll be interesting to see how the phone actually plays out when using it in the day to day especially when commuting. Having to raise the phone to face level might not be the most intuitive when the range of motion needed to tap your phone on the public transport turnstile is much shorter when using a fingerprint sensor.

With any new phone, the immediate comment is how smooth the experience is when it comes to scrolling. It’s probably going to get even better when you hand anyone the new Google Pixel 4.

Making a big leap to a new refresh rate, we’re immediately reminded of the early days of the Pixel 2 with its blue shift. Thankfully, there’s no issue of that sort to be detected yet and we hope it stays that way.

Having a 90Hz screen is definitely one to be seen and experienced in person. However, the immediate cause for concern is how much battery life the new display will actually drain. As a fan of the smaller Pixel, in general, a new shiny screen might marr the experience. Google does say the screen toggles between 90Hz and 60Hz when the situation calls for it which in theory will help with the battery life.

The Pixel 3 introduced us to the Pixel Visual Core which was a fancy way of naming the processor to help users out with photography. And it did help in a big way as no one would dispute its photography prowess. With Pixel 4, all things must grow and Google has packed spoken English all within the phone itself. Ultimately, this means the main purpose of the Pixel 4’s neural core would be to convert speech to text without having to send anything to a server or the Internet.

The biggest beneficiary of this would be the new Recorder app. It’s available on other Android devices right now and with further tests, it remains to be seen if it is needed more accurate on the Pixel 4. The new Recorder app is fantastic and having used it for a few weeks now, it’s a boon for anyone who’s looking to cut downtime on transcribing interviews and is great for recording meetings as it allows for real-time transcription on the fly. The app deserves an article all on its own and you should check it out even if you’re not a Pixel 4 user.

As much as Google would really want to push the use of their Assistant, there still is a fair bit of training needed to really use it out of everyday life outside of the occasional weather request and setting of alarms. Being able to rely less on Google’s servers is a nice benefit but if the usage of Assistant is low in general this improvement might be moot.

There’s still plenty more to cover in the Pixel 4 and we’ll leave that to the main review. After much resistance, Google has now added a 12-megapixel main sensor and a 16-megapixel “2X” telephoto cameras to the back of the phone so that’s one of the biggest aspects yet to be covered.

Now that the possibly most leaked phone is now in our hands, it’s interesting to see how much hyped these features could have been if all was kept under wraps. Regardless, the Android phone market remains competitive as ever and for a S$1,119 phone, it remains to be seen if it really commands the price tag.

Embrace the Olympics spirit in style. 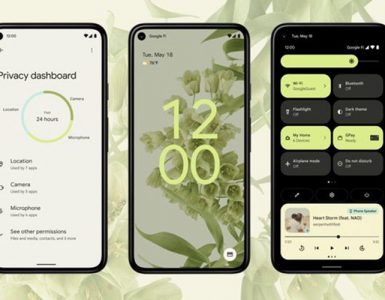