It’s nearly time to dive into Night City in CD Projekt Red’s Cyberpunk 2077. And in anticipation of the game’s release, CD Projekt Red, Microsoft and Seagate have teamed up to produce the Game Drive for Xbox Cyberpunk 2077 Special Edition 2TB to ensure your Xbox One gets the space it requires to install the 70GB-large RPG.

The external HDD, worth S$129, bears a striking resemblance to the Cyberpunk 2077 Limited Edition Xbox One X that was announced earlier this year. Featuring a hodgepodge of designs, colours, and etchings (including a crude “Where’s Johnny?” marking on the back, as a homage to Johnny Silverhand, the character played by Keanu Reeves), this HDD is the perfect companion to start your journey in Night City with on your PC, Xbox One, Xbox One X, or Xbox One S. Oh yes, it will be compatible with the upcoming Xbox Series X and Series S too.

In celebration of the game’s upcoming launch this holiday season, we will be giving away one of these breathtaking game drives! To stand a chance to win, all you need to do is answer a simple question below. Best of luck, Samurai!

Cyberpunk 2077 launches on 19 November for PC, PS4, Xbox One, and Google Stadia.

To stand a chance to win a Game Drive for Xbox Cyberpunk 2077 Special Edition 2TB worth S$129, simply complete these 3 simple steps:

The giveaway is open to all residents of Singapore. The giveaway closes on 4 October 2020 @23:59hrs (GMT+8). 1 lucky winner with our favourite submission will be picked. The winner will be contacted via email by 6 October 2020. Good luck! 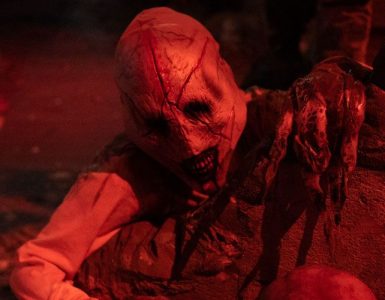 If you're looking to get scared this Halloween, we have something for you.