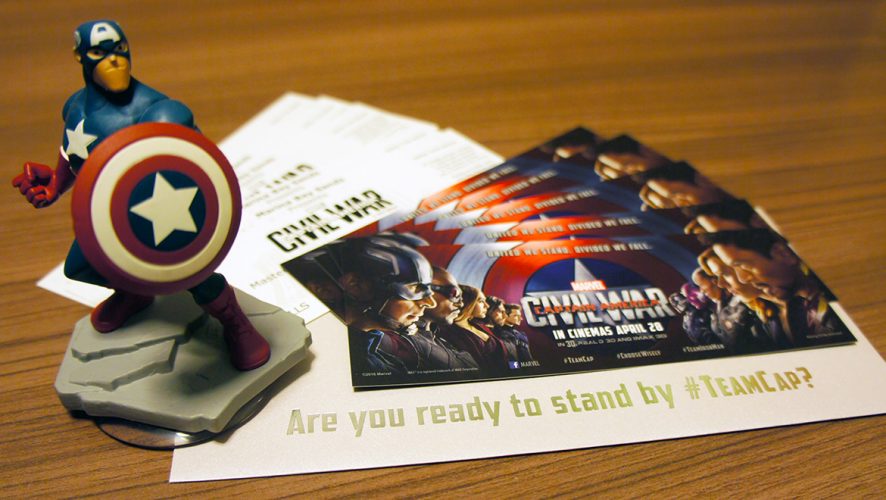 We’re only DAYS away from the Captain America: Civil War Blue Carpet event at Marina Bay Sands, where you can get up close with the stars of the new hit movie, and we have SEVEN exclusive, hard-to-find, impossible-to-buy tickets for our fellow geeks, to get into the skating rink with the stars.

This ticket gets you up close with the stars, and it also gets you to the premiere of Captain America: Civil War, so you will be among the FIRST in Singapore and around the world to catch this epic blockbuster.

With actor Chris Evans (Captain America), Sebastian Stan (Bucky/Winter Soldier) and Anthony Mackie (Falcon), along with director Joe Russo needing no more introduction to the event, it’s time for us to give you a chance to meet them up close (hopefully!)

FIVE Tickets Up For Grabs

Due to the priceless nature of the tickets (Thank You Disney Singapore for offering this), we would like to award the most deserving of geeks a chance to get on the Blue Carpet. Here’s how:

[1] Leave a Facebook comment below, and tell us which side you choose, #TeamCap or #TeamIronMan, and why. Plus, tell us which game reference is this latest T-shirt design by Xmashed Gear based on. Here’s a hint, the design is titled “It’s Dangerous To Go To War”.

[2] We will pick our FIVE favourite correct entries.

[3] Each winner will be entitled to ONE Blue Carpet ticket + movie pass for the screening at 8:30pm.

The giveaway is open to all who are currently residing in Singapore and closes on 20 April 2016 @ 23:59hrs. Winners will be announced right here and via comment replies on the morning of 21 April 2016, so be sure to check back!

Another TWO Tickets Up For Grabs

Alternatively, as we too will be on the ground. From 11am to 1pm on 21 April, spot someone wearing our BEHOLDER TEE (shown below) and shout out loud: “HAIL HYDRA!” to him and we will award you with a ticket on the spot as well. TWO tickets will be given away on the ground. 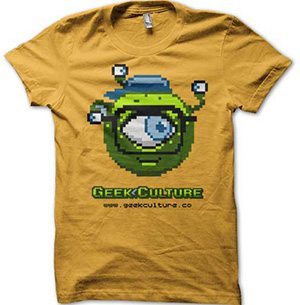 But wait there’s more fun after the Blue Carpet Event as well and we’ve got the scoop!

Talents will be making their way to the Helix Bridge on 22nd April 2016 to set the sky alight. There will be a #TeamCap Lights and Fireworks show which we’re told is going to be epic!

Here are the details:

Good luck to everyone participating and do help us share this post so we can bring you even more awesome giveaways in the future!

That’s right, we have more giveaways. If you’re a Game of Thrones fan, or a PC/console gamer, hit the links below:

A beautiful movie worth the love of both the big and small screens.

The iconic duo are back!