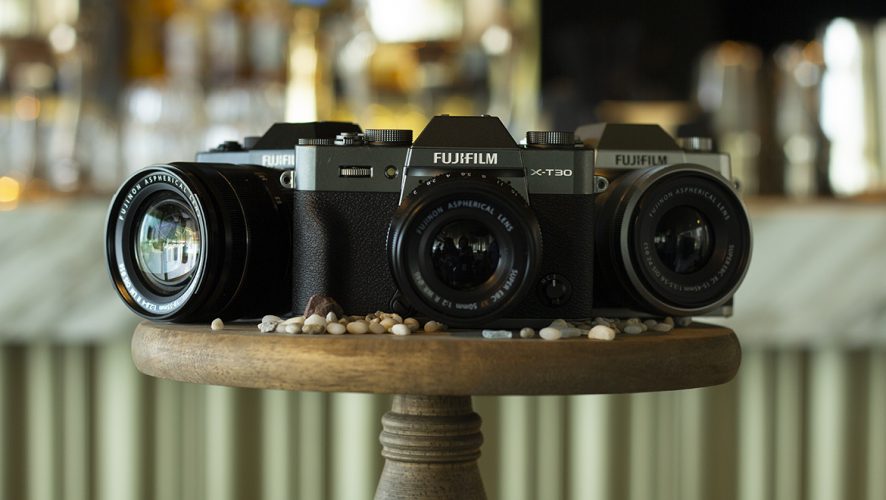 While Fujifilm’s retro form factor makes it arguably the most aesthetic looking mirrorless camera on the market, it is not all just form over factor as evident with their latest Fujifilm X-T30 which combines the compact body of the X-T20 with the 26MP sensors and processors of the X-T3 to give users what Fujifilm calls ‘the little giant’. 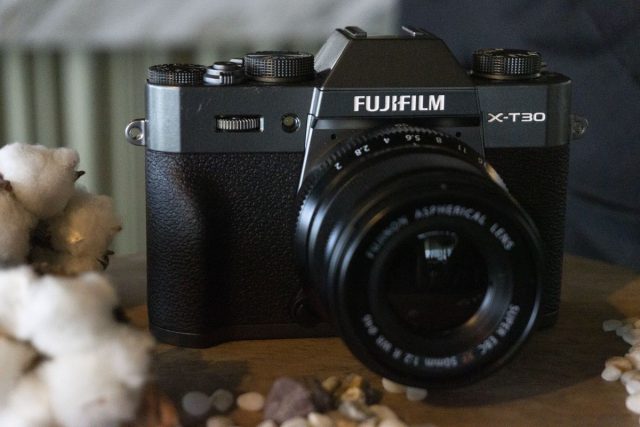 The latest addition to Fujifilm’s X series of cameras, the X-T30 brings with it a host of new functions while still retaining the best of Fujifilm’s previous models such as their signature manual dials on the top of the camera. 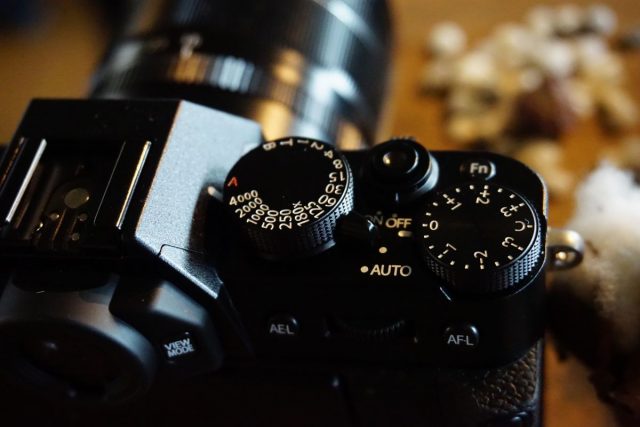 One of the major differences, design-wise, between the X-T20 and the new X-T30 is the removal of the d-pad on the camera, it is now replaced by an eight-directional joystick which Fujifilm says will allow for more space for users to grip onto, that and the increased grip thickness will provide more stability when using and allow the camera to sit comfortably on your hand when using. 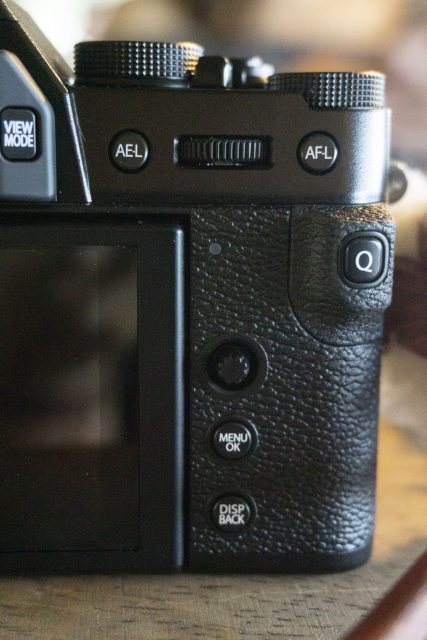 Plus the camera body weighs only 383g which means users will be able to use it comfortably for a longer period of time before the weight becomes a bother. 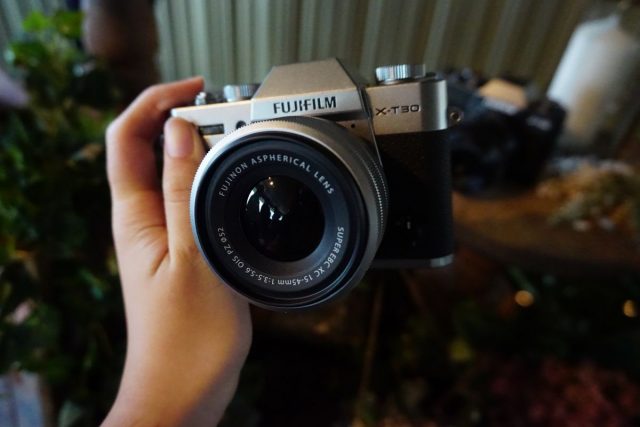 The touchscreen of the X-T30 is now 1.3mm thinner than its predecessors which frankly is not much but it still a nice touch by Fujifilm who said that it was done to help increase the gap of the electronic viewfinder.

The touchscreen can also be tilted to allows for better high and low angle shots. Though sadly, for vloggers wishing to use the X-T30 to shoot videos with, the screen cannot be flipped all the way up. 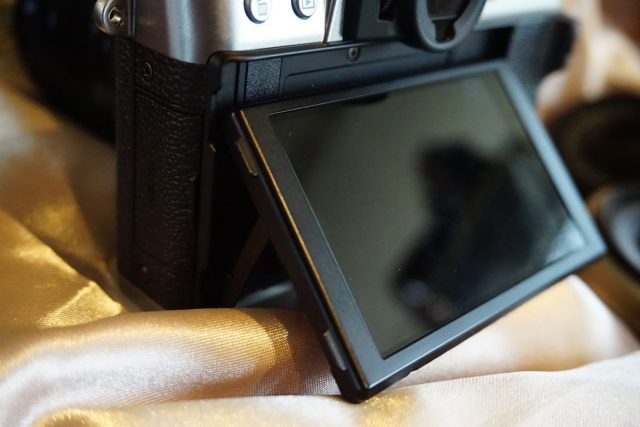 Speaking of video filming, thanks to its 4th generation image sensor and processor, the X-T30 is able to produce 4K recording in 30FPS by recording in oversampled 6K.

With regards to its specifications, The X-T30 uses the X Trans CMOS 4 sensor, which is powered by the X-Processor Pro 4 processor, giving it triple the processing speed of its predecessor. It also comes with phase detection that covers 100% of the frame.

It also has a new autofocus function called the Non-stop Phase Detection AF which Fujifilm claims is able to provide up to 300% faster focusing even when there is a huge gap between the subjects, for example when one is in the foreground and the other is far away.

Another improvement to the AF function is the improved face and eye tracking. There is now less ‘hunting’ for the subject and instead, the boxes highlighting the eyes and face will appear with less jitter and will follow the subject around even if they move around. In the event that there are several subjects in the frame, simply select the one you want the camera to focus on and it will lock onto the subject. 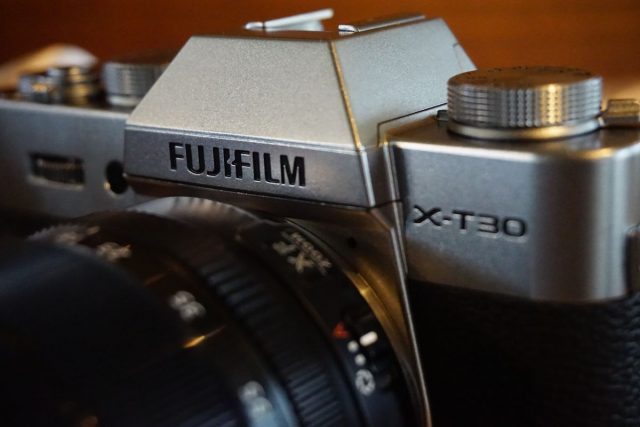 When asked who they envision the X-T30 to be for, Fujifilm said that the X-T30 is a good camera to be used for street photography, with its improved AF functions. It is also a good camera for beginner photographers who’d like to get into the hobby as the camera has an Advanced SR Auto Mode which can be easily switched on at the top.

Using the Auto mode means that you can let the X-T30 do the work for you, as it chooses the optimum setting for any given scene from 48 presets, to give you the best quality image without having to worry about settings like the aperture and ISO, all you need to worry about is framing your shot.

Ron Lee, an accomplished photographer that specialises in street photography, was given the opportunity to travel abroad using the X-T30 and only had praises to sing for the camera, citing how it allowed him to take street photos easily without having to worry about the subjects not being in focus, in his words the X-T30 is essentially a “worry-free camera”. 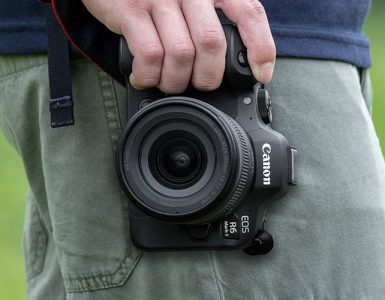 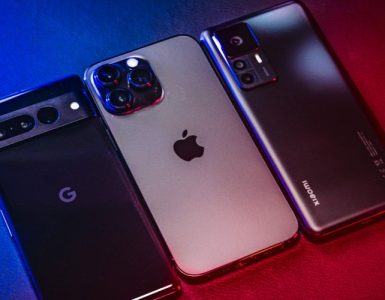