For almost 30 years, the FIFA series has been a mainstay of sporting games, delivering the Beautiful Game to generations of consoles and PC players. However, that iconic partnership between EA and FIFA will come to an end next year, with FIFA 23 being the last game before a name change to EA Sports FC.

Announced in a blog post, EA Sports shared that more information about this big change will arrive next year in July. “This new independent platform will bring fresh opportunity – to innovate, create and evolve,” Group GM of EA Sports, Cam Weber, stated.

Despite the end of the licensing deal, players need not worry, as EA Sports FC will maintain its stranglehold on the “19,000+ players, 700+ teams, 100+ stadiums and 30 leagues” that will see the English Premier League, LaLiga, Bundesliga, European football organization UEFA, and more continue to appear in the series. Outside of the name, and the lack of a World Cup companion game every four years, things should stay routine.

During an earnings call, EA CEO Andrew Wilson also touched more on why the split happened, with the added freedom for EA to work with more partners and create more focused experiences for specific markets a key driver.

“The important thing to understand though is that as you travel around the world and you meet with players who really are deeply engaged with our game,” Wilson said. “What we’re focused on right now is building very unique experiences for each of those fans in each of those markets, and what you’ve seen today is many of our partners come out in support of our ability to do this for our fans.”

As expected, the next and final iteration of the game will have “more features, game modes, World Cup content, clubs, leagues, competitions, and players than any FIFA title before”, Weber added.

However, on the other hand, FIFA will be pursuing their own goals that will eventually rival EA Sports FC. The governing body will team up with other third-party developers to work on new football-related games, as well as non-simulation games that are set to arrive in the third quarter of 2022.

“I can assure you that the only authentic, real game that has the FIFA name will be the best one available for gamers and football [soccer] fans. The FIFA name is the only global, original title. FIFA 23, FIFA 24, FIFA 25 and FIFA 26, and so on – the constant is the FIFA name and it will remain forever and remain the best,” said FIFA president Gianni Infantino in a statement.

“The interactive gaming and esports sector is on a path of unrivalled growth and diversification. FIFA’s strategy is to ensure we can make the most of all future options and ensure a wide range of products and opportunities for gamers, fans, member associations and partners.”

After the release of FIFA 23 later this year, other studios and developers will be able to create their own games using the FIFA trademark. It remains to be seen just how this will affect the player, especially with the dominance of the FIFA franchise. 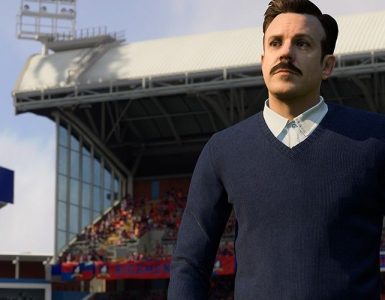 Time for some positivity on the pitch.