Following a series of teases and previews, EA‘s FIFA 22 is set for a direct course for videogame footballing greatness for yet another year. Be it the HyperMotion technology hopefully adding another layer to the game, or the changes made in Pro Clubs, the team are addressing community concerns as best as they can. And when it comes to vocal feedback, nothing beats the noise around Career Mode in FIFA 22.

Career Mode has long been neglected by EA, and Senior Game Designer Alex Constantinescu understands the uneasiness of fans. After all, who does not want to bring their club to the heights of the club game, or become a genuine superstar in the world of football?

Carve Your Own Path

The biggest feature being added to Career Mode in FIFA 22 is the ability to create your own club within the game. One would think that this would have been the case ages ago, but at least now, we have a legitimate option to consider.

Clubs can be built from the ground up, where players can determine the names, the leagues, rival club, and the stadium where you will ply your trade. Kits have been expanded this year, and from what we have seen, there is some depth to your choices here for home and away kits. The same applies to the club crests too.

As for your home ground, you can take inspiration from existing stadiums, or pick a generic one to start building your own. Choose the colours that adorned the seats, how you want the pitch to look like, even the netting in the goals can be changed. EA made sure the atmosphere is not overlooked, with goal songs and crowd chants part of the package.

Best of all, all these customisations can be done every season to freshen up the look of your team. Sadly, this will not be the case for the existing teams in FIFA 22 Career Mode.

A new team will need players, and you can adjust your starting team’s overall rating, the squad age, transfer budget and the likes. For players who love taking small teams to the top, or those looking to give the big guys a run for their money straight away, this will be a dream come true.

Focusing more on the individual, the Player Career Mode in FIFA 22 is being overhauled as well. Although the changes are not exactly groundbreaking, they do add to the immersion and feel for the game.

When your pro is called upon to enter the game as a sub, dynamic match objectives will appear to challenge players and provide a different experience every time. Match objectives can also be enhanced before you begin, rewarding competent players with accelerated growth upon success.

Depending on your position and the state of the game, you will have various conditions to fulfil. Do well, and you will be rewarded with new celebratory cutscenes in the locker room, falter, and your career might be over too soon. Manager satisfaction is also clearly displayed, letting you know just how much better you will have to do to play your way into the starting eleven.

Aside from doing good on match day, your player’s growth can be aided in additional ways. The onus is on the player to gain more XP, be it through matches or training activities. Every time you level up, you will get skill points to allocate to the new skill trees.

The direct control accorded to you to determine how your pro grows is great compared to the passive nature of things in the past. Now, you can become the powerhouse defender you were meant to be, or the speedy winger that torments defences. EA is trying to emphasise the significance of stat increases too, so you can expect to really feel the difference each time you pump up an attribute.

To wrap things up, the UEFA Conference League will be included in the game as the next European competition. A refreshed variety of broadcast stories will extend the longevity of media coverage on your career, with every big milestone getting the acclaim you deserve.

Should you be making a move across clubs, there will also be new transfer negotiation scenes thrown in to make things less familiar.

While it is always nice to see Career Mode getting some time in the spotlight, the lack of focus on the managerial part of things might come back to bite FIFA 22. With these changes, at least those who are eager to start down the professional path of being a player will be happier.

Our preview of FIFA 22 will continues, with FIFA Ultimate Team being the next in line to be revealed. Stay tuned, and as always, keep your focus on Geek Culture. 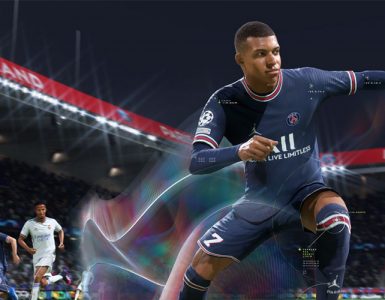 FIFA Ultimate Team is all about accessibility this year.